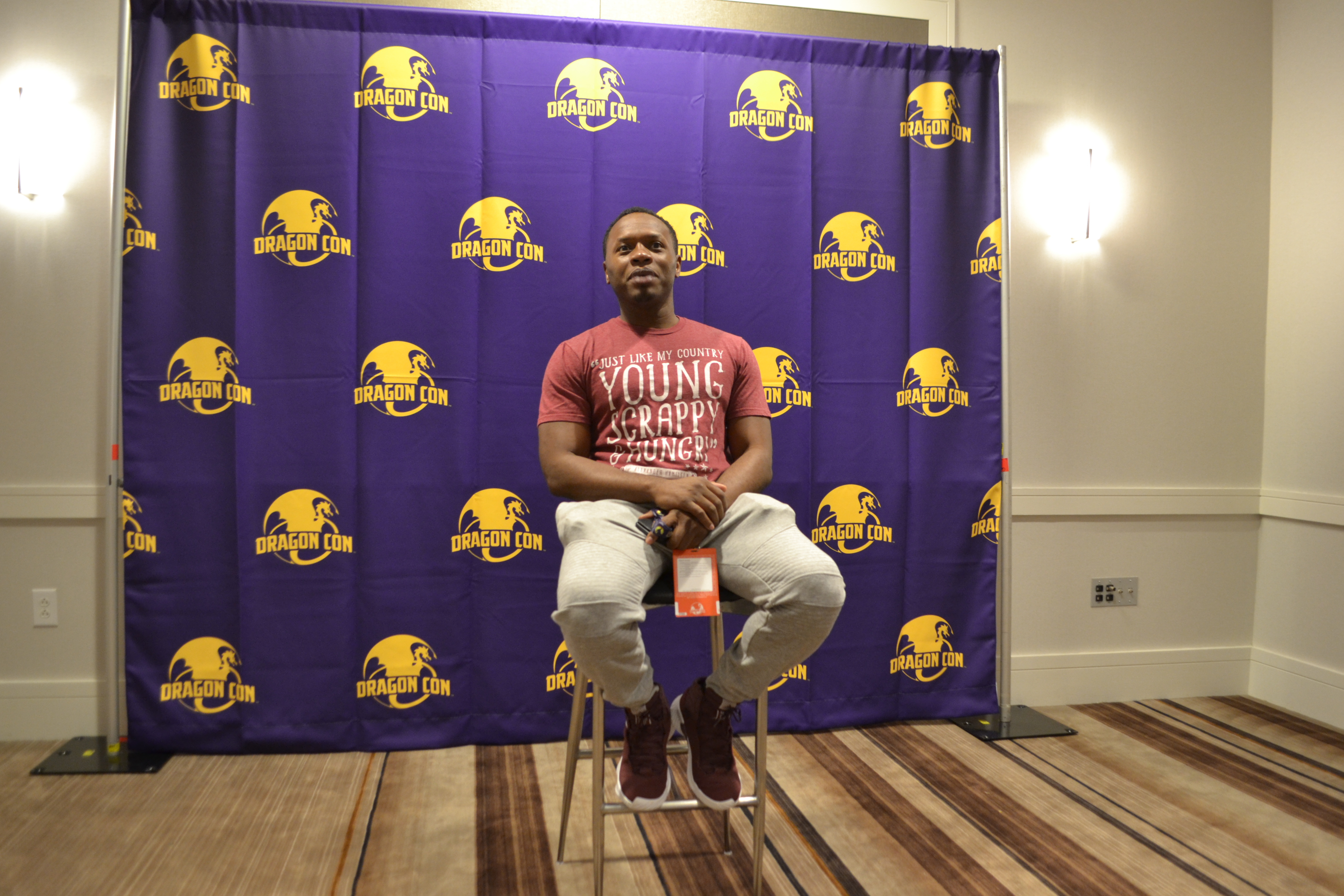 As far as meeting and interviewing guests at conventions goes, Malcolm Goodwin has been one of my white whales, so to speak. I fell in love with him as an actor over his role of Detective Clive Babineaux on iZombie and was honored to interview him at Dragon Con 2019.

Instead of discussing iZombie and Goodwin’s other projects right away, the interview took a different and more intimate turn as we discussed our love of theatre and our favorite techniques as theatre kids. He and I both favored Meisner — I hated animal work while he didn’t care for staring at an orange for six hours (I mean, let’s be honest, who would?). “These are some good questions! These are brand new ones!” he exclaimed, laughing.

I did have to connect the questions about his schooling to his most well-known character, Clive. “With Clive, I felt he was more of an Ostrich. He’s alert. He’s seeing what’s going on. There’s something about an ostrich that connected me with Clive. Something about the posture and looking around.”

Goodwin also insisted that, no matter what, he would see every Marvel and DC move in theaters. We discussed his favorite movie: A Beautiful Mind and how he felt like the filmmakers and producers made the movie just for him.

He also had a ton to say about Clive, from the beginning of the series, to the end, from when he went from being in Law and Order in his mind, to being a part of “the Scooby Gang”. No spoilers, though, we’ll let Malcolm do that for you in our full video interview below.

Not only is he an actor, but Goodwin has also produced and directed over 70 short films, independent films, and YouTube videos, and he took a second to plug his upcoming projects. “I got a feature coming out called Be The Light on February 28, 2020. That’s a family musical drama.” With iZombie now over, currently, he’s in pre-production for a film called Trigger.

Although we will miss Clive and the rest of the colorful cast of characters, we definitely have some great things to look forward to from Malcolm Goodwin.

Previous:Rose McIver Interview at Dragon Con: The Aldovian Zombie Queen Speaks
Next: Get Ready for Granblue Fantasy: The Animation Season 2