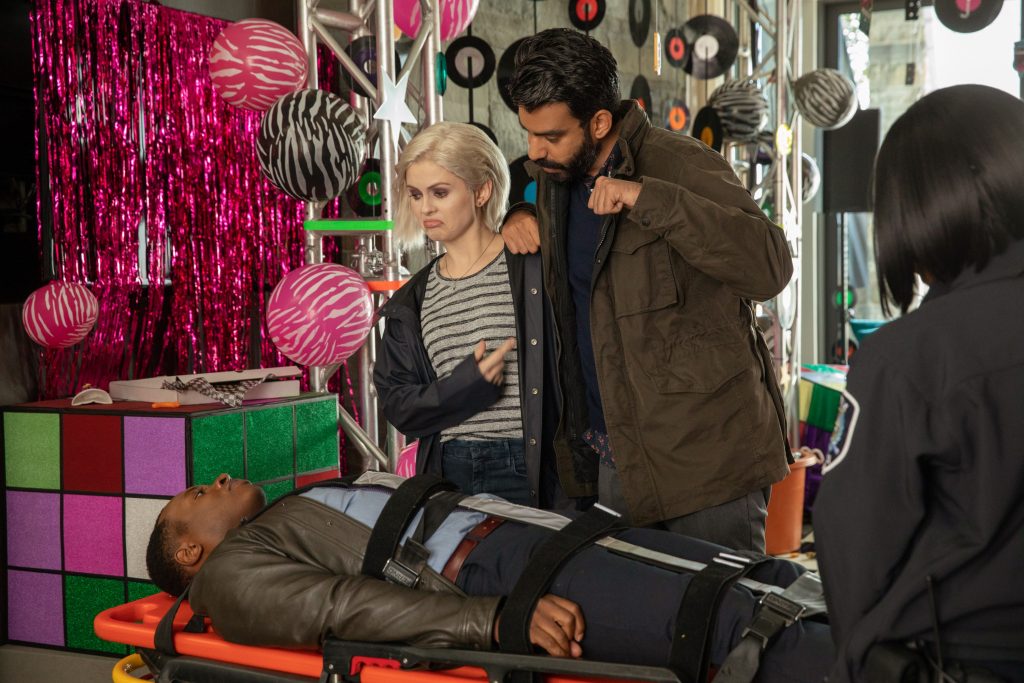 With another Blaine-heavy episode under our belts, the big stories from this season so far–as well as some long lost past stories–are starting to converge as we move quickly toward the series finale of iZombie. “Death Moves Pretty Fast” was a rare episode where the major arcs were more interesting to me than the brain-of-the-week, so you have to know some good stuff happened.

The main stories pretty much picked right off from last week’s episode with reporter Al continuing to dig up dirt on Blaine for her expose. She is actually a really good journalist, and all of her instincts about Blaine seem pretty spot-on. There for a bit, I really thought that she was going to be in danger for getting so close to him, but it turns out that Blaine was the one that needed to be careful. David Anders was great in “Death Moves Pretty Fast” because no one straddles that line between vulnerable and cocky quite like him. I just love to hate Blaine.

Although Blaine’s past is coming back to haunt him, Major and Fillmore Graves ended up having way more issues. Who knew that Dolly was going to end up being such a formidable foe? Sneaking the Alzheimer’s brains into the zombie food supply was pretty genius, and it ended up working right in her favor. I knew that Enzo was up to something, and even though we didn’t get great answers as to what that is exactly, it was nice to see him go against Major. Unfortunately, he is frozen, so I fear we will not see him again for a while.

The brain-of-the-week had so much potential, but there were just too many other important things going on! Harris seemed like a pretty fun dude, and as a child of the ’80s, I had high hopes for that over-the-top theme and personality. Unfortunately, it just fell flat. I think it might have gone over better if Liv were on the brains with Clive instead of Ravi, what with all of the potential eyerolls that we missed out on!

We also got some movement on the potential zombie cure as the family of Isobel leaked that the brains of those with Freylich Syndrome can cure zombies. Ravi had been guarding that secret for a really long time in hopes of protecting the kids from getting attacked, and now everyone knows. I feel for him, and I am also concerned for the Freylich kids, but I trust in the writers and know that they will come up with something good for what all of this means.

“Death Moves Pretty Fast” was a solid episode with plenty of Blaine, Ravi, and Liv, but definitely not enough Clive. I want to see him back next time in fighting shape and ready to dish out some sass to Liv. It will also be interesting to see Blaine continue to live with the consequences of Al’s article and what it means for the brain trade operation in New Seattle. I fear that Major and Peyton will have to deal with most of it, but I really just want everyone to go back to being happy.