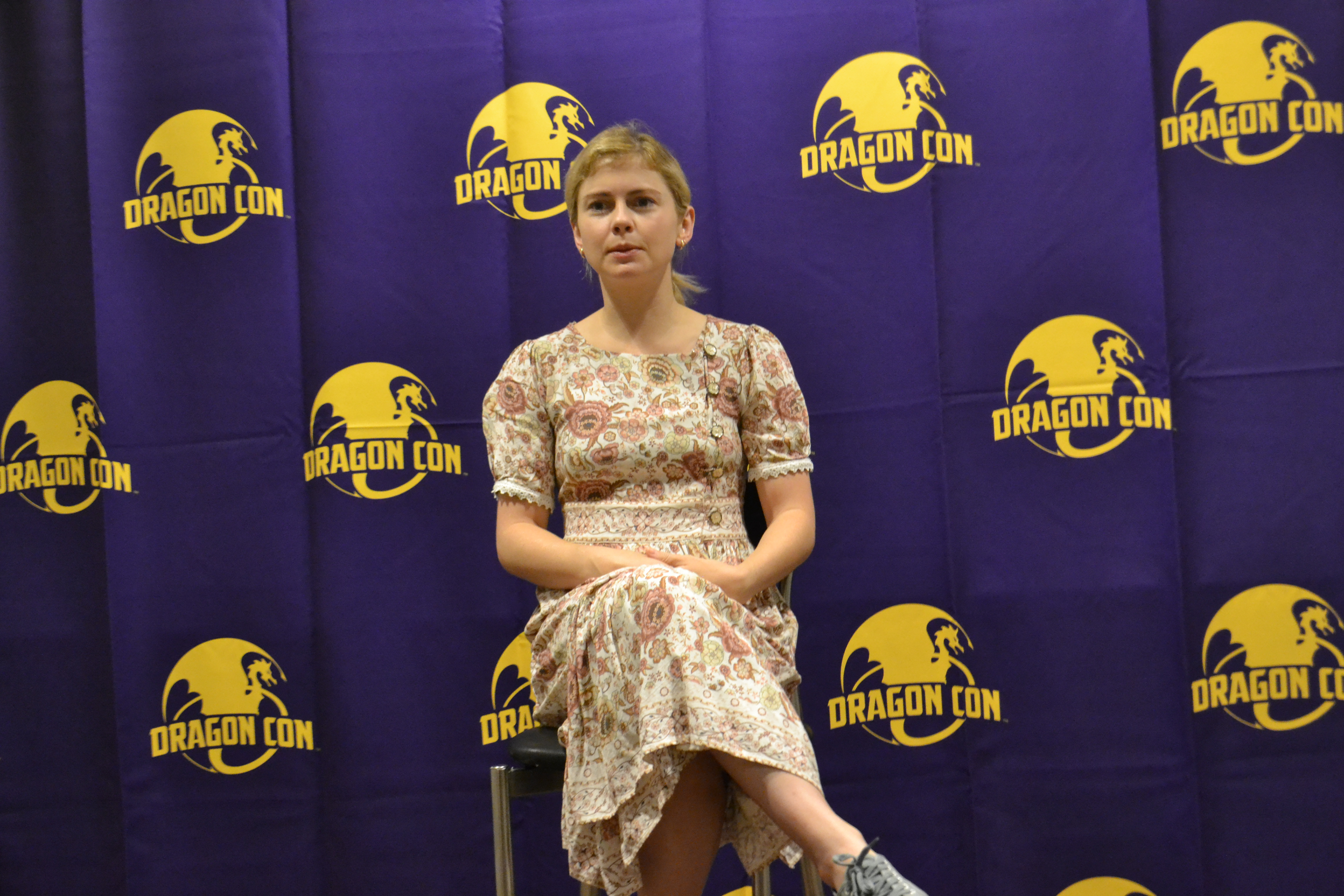 A few years ago, some of the cast of iZombie attended Dragon Con, but unfortunately I was unable to get a chance to meet them. This year, however, the Dragon Con gods blessed us with an interview with Rose McIver, the star of iZombie, Once Upon a Time, and A Christmas Prince.

We launched straight into the press conference as she complimented Dragon Con’s organization. Dragon Con is very neat and tidy with their interviews: everything is straightforward and simple. Reporters don’t have to shout over each other to be heard, the guests are given ample time to address the questions they’re asked.

McIver discussed the ending of iZombie as a series, what she’s looking forward to next, and her foray into directing. She even talked about one of the pranks pulled on her by the iZombie producers and writers. “We had cats growing up that were not very nice and we weren’t allowed to pet them. They were very scratchy. So growing up they weren’t my favorite animal and the writers found that out, and called me and told me I had to play a cat lady and I was going to be working with seventeen cats. And I had this phone call and they were all hoping I was going to be a diva and throw down and say ‘No, absolutely not’. […] Anyway they told me it was a joke and I was rather relieved.”

Of course, we might be remiss if we didn’t ask about the cult phenomenon Christmas Netflix movie, A Christmas Prince. “It’s been the most surreal thing. It was like a sweet holiday movie that just went nuts. […] I’ve just been really grateful for anything that keeps getting renewed. […] I’m in awe that there’s a lot of those kind of movies that are out there, but this one just kind of did something different. It’s fun. […] People just want to watch something that makes them feel good and apparently Queen Amber of Aldovia makes people feel good.” McIver joked that the Christmas Prince trilogy would be the next Lord of the Rings. Nice try, Tinkerbell, but nobody can top the greatest trilogy of all time.

Check out our full Rose McIver interview below as she discusses everything from the brains she loved to a pop-up brain restaurant at Dragon Con 2020.

McIver gave her blessing for cosplayers at Dragon Con 2020 to set up a pop-up “brain” restaurant (much like The Scratching Post in iZombie) and said she’d even cut the ribbon in an opening ceremony. Now where exactly can we find some brains?

Did you get a chance to meet Rose at Dragon Con? Tell us all about your experience in the comments.