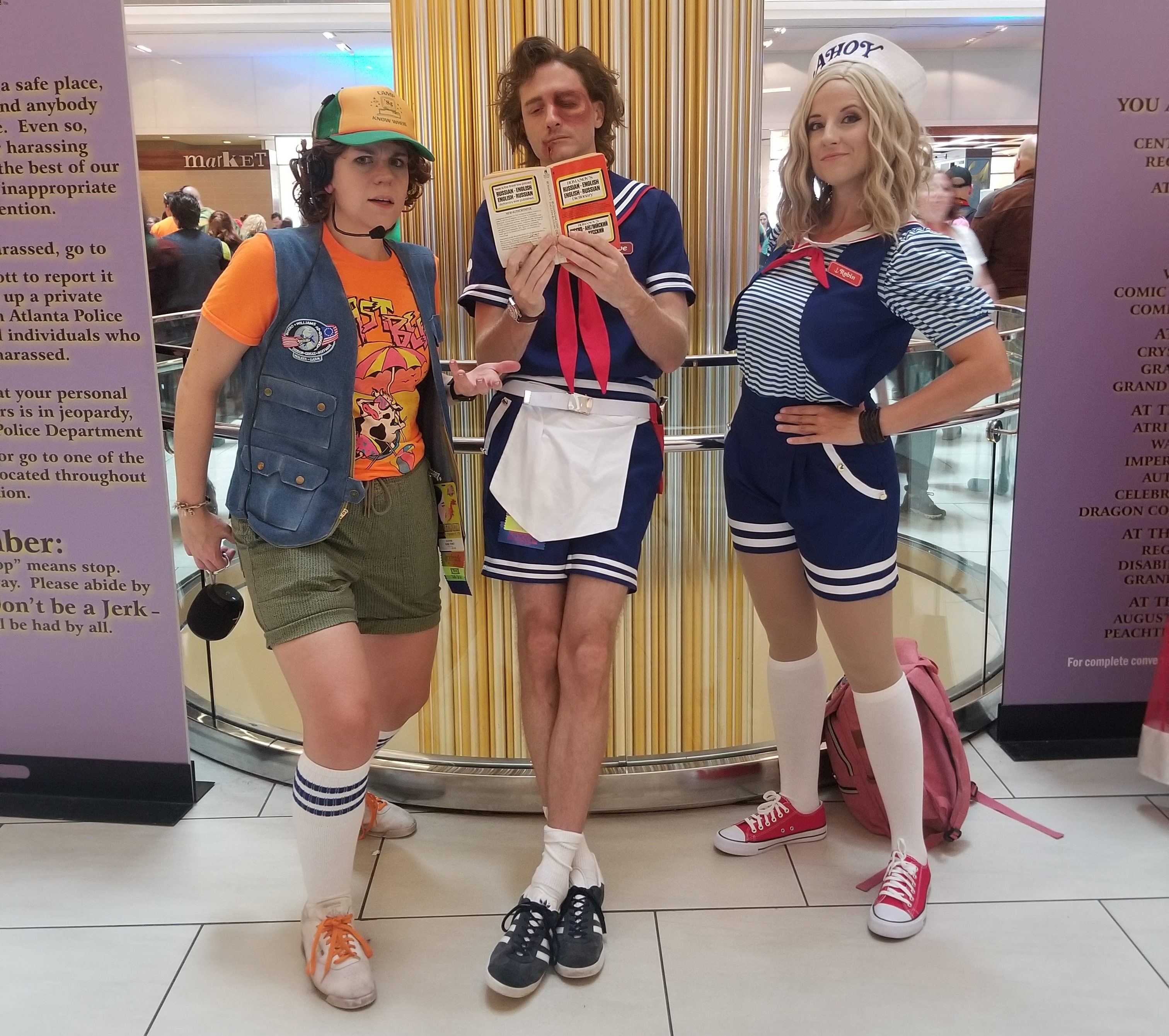 This year Dragon Con hosted over 85,000 people, which meant that cosplay at Dragon Con 2019 was approximately 50% Scoops Ahoy. 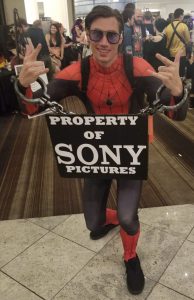 I didn’t know where to look first at cosplays because apparently most of them were only worn for brief photoshoots and then removed, but after all, it was in the high 90s at Dragon Con with a 100% humidity level, so I don’t blame them. Thankfully I did manage to grab a few photos of some cosplays that I saw and recognized.

Now, there are a few aspects of cosplay at Dragon Con 2019 that I want to discuss, but first, let’s break down the most popular cosplays of the con!

1) Scoops Ahoy/Scoops Troop. This was EASILY the most worn cosplay I saw at Dragon Con. There was a conga line at the 80s Prom of exclusively Scoops Ahoy cosplayers.

2) Aziraphale and Crowley from Good Omens.

5) 800,000 Eleventh Doctors because David Tennant was there.

Aside from the most popular cosplays, there were a few cosplays that I wish there had been more of, namely What We Do In the Shadows. 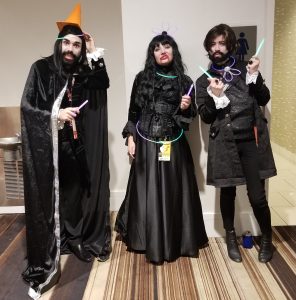 Dragon Con boasts dozens of shoots throughout its 5 days, and typically I’m pretty busy during a majority of them or have no desire to drag myself across two hotels to get there in time. Many cosplayers bring their own cosplay photographers (what a luxury, amiright?) and do shoots in Hardy Ivy Park, which is a park that boasts huge columns most often recognized in photos from the convention. Good luck getting your photos taken there, though – cosplayers swarm thick as hornets and it’s often a turf war between who gets to shoot what where. During my cosplay shoot for The 100, a Loki cosplayer had brought her own smoke machine and we were all downwind, choking on it.

Another group of cosplayers trampled over our bags and purses and I read them the riot act. Truly, Hardy Ivy Park is a free for all, but please don’t be that cosplayer/those cosplayers.

Another aspect of cosplay that I have yet to touch on in my previous articles is the existence of the Atlanta Fashion Police. It’s a one-man operation: he takes photos of cosplayers with a numbered ‘mugshot’ board. Later he uses the numbers to correspond with the day of the convention and the time during which the photos were taken to identify the cosplayers. He posts them on his website a few months later. The Atlanta Fashion Police has been a staple at Dragon Con for as long as I remember but unfortunately I didn’t see him this year. 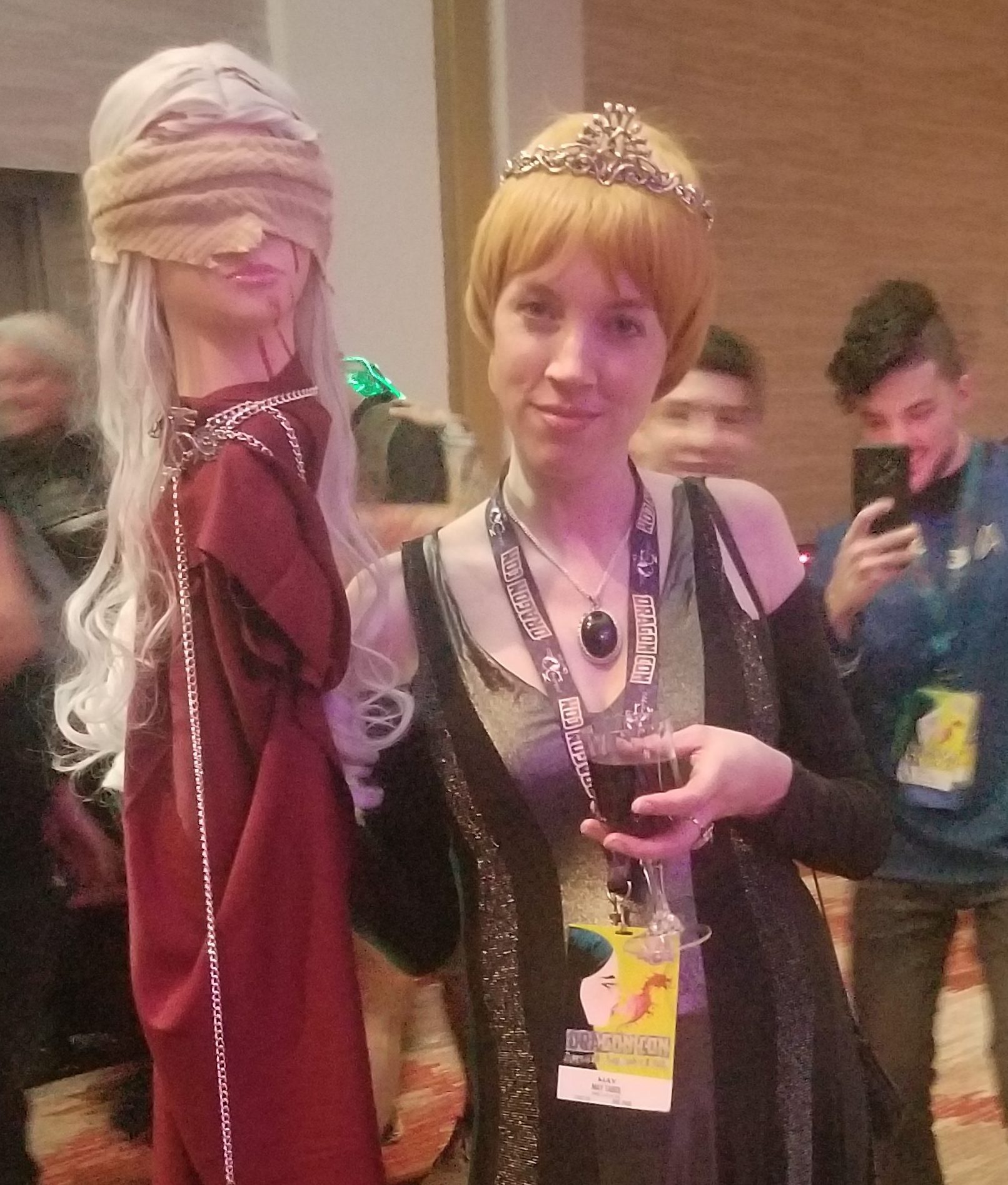 Cosplayer favorite Bryan Humphrey, Mad Scientist with a Camera, has been the official Dragon Con cosplay photographer for many years, and sells ‘multipasses’ to cosplay con goers. His photo booth is set up in the Marriott and cosplayers can purchase the multipass to receive professional hi-def photos of their cosplays. His backdrop for the photos, usually the a nighttime skyline or a stone wall, is affectionately known as the Dragon Con Wall.

Share the photos you have of cosplay at Dragon Con 2019 with us! We’d love to see them. Tag us on Twitter or on Instagram @thegeekiary and be sure to keep an eye on our Insta as we share photos from the convention.

You can read the rest of The Geekiary’s Dragon Con 2019 coverage on our Dragon Con roundup page.