Christian Burns Talks Powerstation and the Return of BBMak 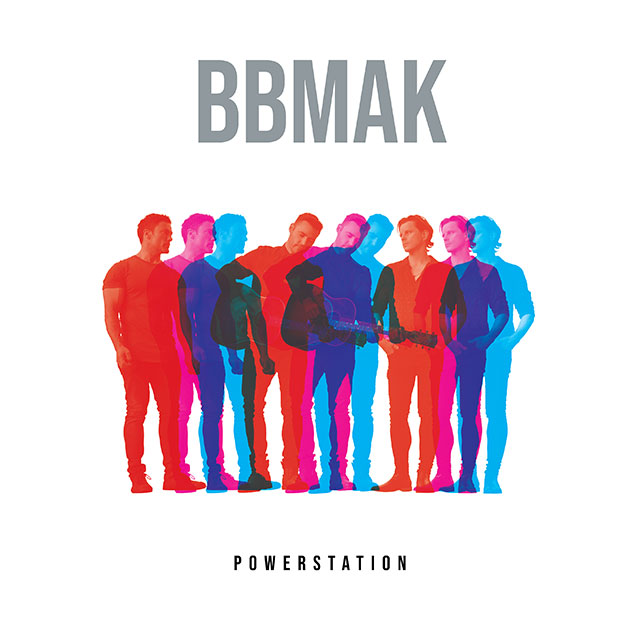 It is a very exciting day in the BBMak fandom. Seventeen years since their last album, today is the day that fans finally get some new music from the guys in the form of a brand new album Powerstation. The trio is back in full force with music that sounds right on-brand, and it’s like they never left. From deep ballads like “Wolves” to downright bops with more mature themes like “No One Like You,” Powerstation is a very welcome addition to the BBMak music archive.

BBMak is the reunion that I have been waiting for. I was able to spend some time chatting with Christian Burns earlier today about Powerstation‘s release, what it’s like making music together again after fifteen years, and how life experience has influenced their songwriting…without losing that signature BBMak sound of three-part harmonies and lyric poetry.

What’s been the best part about getting the group back together?

You know what, we’ve really missed hanging out together, me and the boys, and it’s been so much fun to be back out on the road again. I think that’s been the best part. Seeing all the old fans from seventeen years ago coming back out to see us.

What have you learned about making music together after such a long hiatus? Is it different?

It’s been fifteen years since the last album was recorded, so we’ve all had a lot of experience through the years. I’ve done a lot of producing, and recording, and writing since then, so we’ve just put in a lot of practice and all our skills into the studio. Also, you know, we’ve had a lot of life experience to write about, you know? Lots of stuff.

Have there been any moments that have been especially memorable this time around, either from the tour or making the album?

Yeah, there’s been a few. I remember the first day when we started writing songs again together and that was a great day, we wrote like two songs off the album in the first three hours I think, so that was great. It’s like riding a bike, I suppose–we haven’t lost it, we can still write together. But yeah, the highlight so far is just going on our headline tour and seeing all the fans come out, it’s been really overwhelming and amazing to see the support we’ve got. We did Good Morning America a few weeks ago in New York and the fans are camping out; at like 2 am they were there at the studio–it’s amazing. It’s been full of highs.

Your songs are so catchy–every single song has such a great hook. Is there someone out of you three that is just really good at coming up with great hooks?

(Laughs) I mean, yeah, we all get involved in the writing, we kind of just bounce ideas off each other and we all write great hooks, great verses and it’s just like different every time really; so you know we’re lucky that we can kind of know when something is hooky and when something’s not hooky, and that’s the most important part to us, so we’re not putting loads of un-hooky songs out. But I love writing hooky chorus, definitely. I think it’s something that’s not easy to do, but a lot of hard work and a lot of trying and a lot of writing, you can really get some great ideas.

Let’s talk about Powerstation. Is there a particular song that you’re most excited for fans to hear? (They’ve probably already heard them all by now.)

(Laughs) We released the video for “Powerstation” today and although it’s not a single, it’s just a really special song for us that we wrote and I thought the fans might like that little trip down memory lane, so that’s a special song for us on the album.

Did you make that video?

Yes. Yes, I made it with my own hands. Went deep into the archives for that.

Is there a personal favorite song on Powerstation or is there one that’s more personal for you?

You know, we all write the songs together; some of them we start when we’re apart because obviously I’m in Los Angeles and the guys are in the UK, but like I said before, they’re all really special to us and meaningful. I think as far as special to my heart, I think “Powerstation” is definitely one and “Uncivil War” is one of my favorite songs on the album as well. They’re all inspired from different things; they’re all from real life, and things we’ve experienced, all three of us over the past twenty years. We’ve got a lot to write about now.

To me, Powerstation sounds like BBMak, which is great, but are there any specific musicians or genres that helped to influence the sound?

Definitely. We’ve always been influenced by ELO, you know, some of the older bands, The Beatles, The Beach Boys; and I think some of the songs might sound a little bit different production-wise and the thing we’ve got is the three voices and when we sing together, that’s the BBMak sound, basically. And that’s the glue that holds the album together and keeps everything feeling like it’s on the same record. But I still listen to The Beatles; The Eagles were a big influence for us as well. Coldplay as well, we like Coldplay. There’s all kinds in there, you know, it’s a mixed bag.

We’ve got some dates coming up next, but what’s next for BBMak?

Well, we’ve got dates for the West Coast in November, then we’re headed over across the pond to the UK. We’ve got some dates in the UK in December and then it’s going to be on with more music and more videos. This album’s out, but we’ll be sharing some new music again–we’ve already started writing it. So we will be sharing more music and dropping more music, probably in the Spring next year. For us, it’s just about building on everything and getting out and playing more shows, and letting the world know that BBMak is back!

And finally, on behalf of all the fans, do you have a special message for the fans?

Check out the album and thank you if you have checked out the album and just from the bottom of our hearts, we are SO appreciative of all the support we’ve had from the BBMak Street Team, which is like 500-strong on Facebook now, and they’ve been doing amazing things and spreading the word. At the end of the day, it’s all about the fans and it’s all for them, so we’re just really happy that they didn’t forget about us.

Powerstation is out today, October 11, on all music platforms. You can still purchase CDs (and even autographed CDs) by visiting BBMAK.com.