BBMak Is The Comeback We Have Been Waiting For 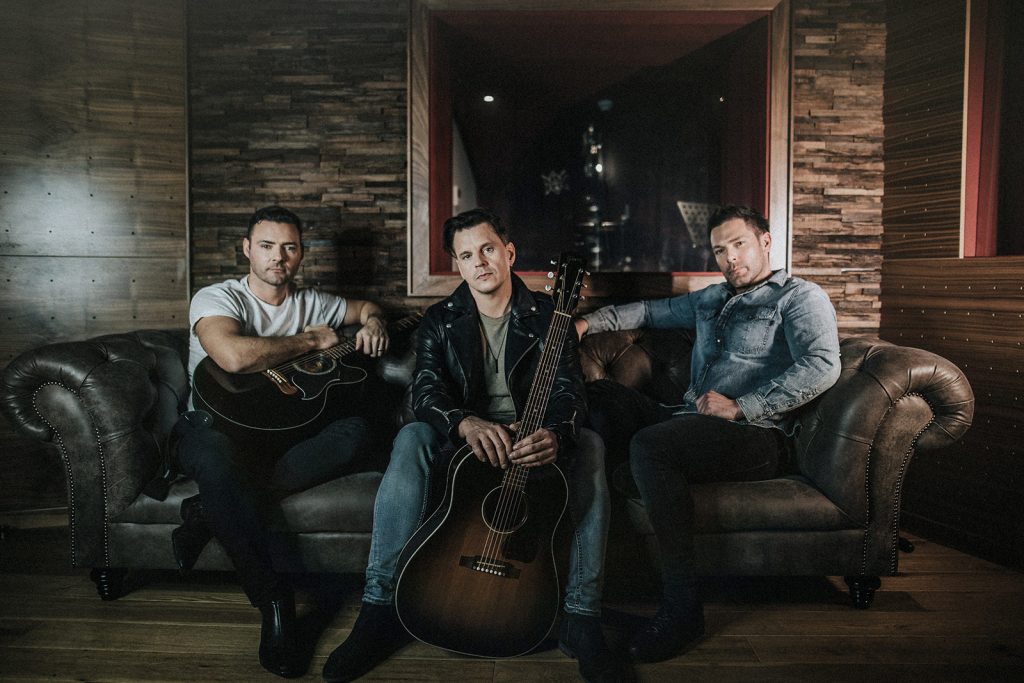 Way back in 1999 at the height of boy bands such as NSYNC, Backstreet Boys, and all the others, there was a lesser-known British trio called BBMak that fell into the anti-boy band category. The music was their focus through unique harmonization, ability to play instruments, and great songwriting, and there were no choreographed dance numbers at all. Although they went their separate ways in 2003, BBMak is back with a new video, single, and album out in October. And let me tell you, my fangirl heart cannot even.

Seriously though, I LOVED BBMak back in the day. Their biggest hit, “Back Here” was everywhere on the radio, and they could’ve easily been swallowed up by the previously mentioned boy band saturation. But these guys had something different. Mark Barry, Christian Burns, and Stephen McNally were more than just pretty faces and pop songs–they could actually SING. “Still on Your Side” is still one of my favorite songs of all time. By the time their sophomore album, Into Your Head, came out in 2001, I was legitimately hooked. And frankly, I loved Into Your Head even more than Sooner or Later (their debut album), and the songs are still in my heavy rotation on Spotify.

About a week ago, I was in a major music rut. I was in a big BBMak mood, so I went their actual artist page on Spotify. When I noticed that they had a new single that came out on August 16, I was SO excited. THIS is the comeback I have been waiting for since 1999. As much as I love the other boy bands that I mentioned, this is what I was the most excited to hear. Their single “So Far Away” became my new obsession. I don’t know about you, but I am one of those music fans that listens to a song on repeat literally 200 times when I am into it, and that is what I did. The more I looked into the group, the more excited I became about their news. And I’ve watched the video for “So Far Away” a LOT. It’s such a simple video, but I literally held my face in my hands with a huge grin on my face every time I watched. Now you can do the same by watching the video below.

Here’s the deal. The trio did a small tour in early 2019 where they gave audiences a sneak peek of their new album Powerstation as well as those favorites from an earlier time. In fact, they just performed yesterday live on Good Morning America. They also have a couple of dates lined up to play at Walt Disney World’s Eat to the Beat concert series during Epcot’s Food & Wine Festival. Powerstation will be released on October 11.

Now that I have given you all of the information, let me fangirl a little here. I LOVE BBMak. I personally think that the songs from their first two albums hold some of the best lyrics in pop music. I mean it. And I don’t mean lyrics that go with pop music, I mean that the words are actual poetry. And that’s not even talking about how amazing the vocals are for these guys. It’s like their voices were meant to go together. But let’s face it, they also look GOOD for two decades after the frosted tips and spiky hair, now opting for that salt and pepper five o’clock shadow that we women of a certain age are obsessed with. These guys are the epitome of aging like a fine wine.

Along with the other single “Bullet Train’, I am so excited for Powerstation to be released. BBMak is one of those bands that flew a little under the radar when they first came on the scene in the late 90s, but they deserve all the good things that will be coming to them with their new music. Give it a listen; their songs are serious earworms. And stay for the harmonies and the poetry–you won’t regret it.

Previous:Remedy Releases “Control” Launch Trailer! 505 Games Hosting a Charity Stream, too!
Next: Seriously, What The Heck Is Going On With Spider-Man?