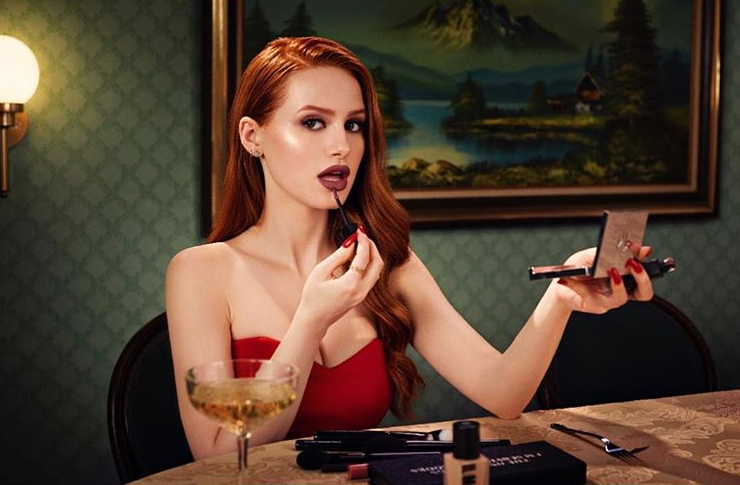 Madelaine Petsch, of Riverdale fame, will be starring in and executive producing the horror-comedy film Clare at 16. The upcoming movie is based on a Don Roff novel from Baker & Taylor.

According to Deadline, Clare at 16 is about Clare Bleecker, “an average Catholic high school student who lives with her grandparents after being orphaned. She seems normal, but Clare will do whatever it takes to protect loved ones when confronted by the evil she faces in her small town.”

“Petsch is a huge star, and she is perfect to bring Clare to life,” said Elwes. “I knew it had potential, but Petsch is going to take this to another level. Clare at 17 has also been written, and the story is ripe for sequels.”

“The minute I picked up the script I was instantly intrigued by Clare. She has so much going on beneath the surface at any given moment and has a very interesting way of problem-solving, which will make being her very fun and challenging. I’m thrilled and honored to be bringing her to life with an amazing team,” said Petsch.

The young actress seems to be in good hands as far as the crew working on this film is concerned. I am a fan of actresses producing their own content and telling the stories they want to be a part of. This is why I hope this endeavor is successful for Madelaine Petsch and is able to open more doors for her in the industry.

Judging from her YouTube videos, she does have a very likable personality. So, all the best to her! I hope she decides to do a video about her experience as a producer. If she hasn’t done one already.

Pre-production is planned for spring before Petsch returns to work on The CW’s Riverdale. You can also see her in the Netflix horror movie Polaroid.

Previous:“Now Apocalypse” Trailer Makes the Upcoming Show Feel Problematic to Me
Next: Eric Saindon Talks About Living His Dream With ‘Alita: Battle Angel’