“Little” First Trailer Released! I Am So Here For The Little Powerhouse That Is Marsai Martin! 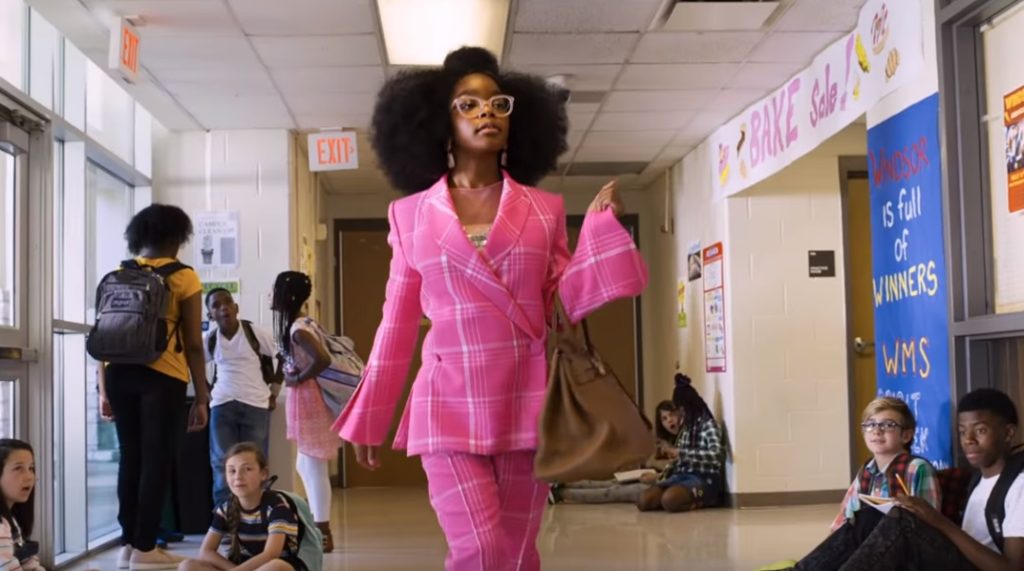 The first trailer for Little has been released and I am looking forward to watching it. The film stars Issa Rae, Regina Hall, and Marsai Martin. Furthermore, Martin is also the project’s executive producer and co-developer. Incredible!

Comedies about characters swapping bodies, experiencing de-aging or growing older aren’t anything new. There is Freaky Friday, 13 Going on 30, and Big, just to name a few. However, I think Little is going to bring something fresh to the table due to the cast and crew involved.

Martin got the idea for Little after watching Big. The young Black-ish actress is very talented. I can’t wait for her to take over Hollywood.

I couldn’t stop myself from laughing while watching it!

Here’s the official description from IMDb!

A woman receives the chance to relive the life of her younger self, at a point in her life when the pressures of adulthood become too much for her to bear.

Regina Hall plays Jordan Sanders. She is an incredibly bossy mogul who doesn’t respect others around her. After bumping into a girl, she ends up turning into a younger version of herself, portrayed by Martin. I wonder if the girl who turns Sanders into a teen is an actual witch. Issa Rae is Sanders’ assistant named April. She is the one who has to deal with the kid-version of her boss.

Hall and Black-ish creator Kenya Barris also produced this project. It is directed by Tina Gordon from a script she co-wrote with Tracy Oliver.

Little is set to be released on April 12, 2019. The current release date puts this movie’s debut a week after superhero-flick Shazam which features a kid in an adult body.

Here’s to hoping Little does well at the box office and it opens doors for Martin to continue creating more projects.