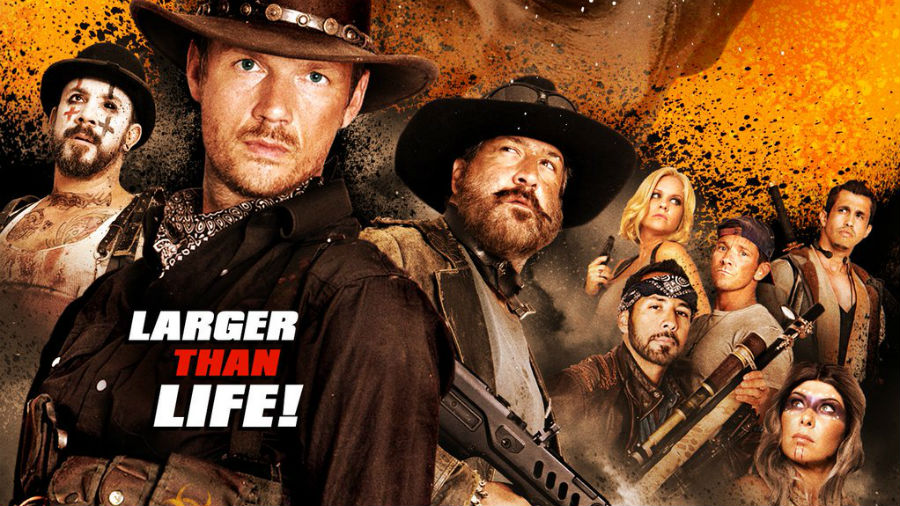 Dead 7, a zombie western story starring members of boy bands from the 90’s such as NSYNC, Backstreet Boys, and 98 degrees, just dropped its first trailer.  And wow, it really is exactly what it sounds like.

Currently the trailer is available exclusively on Buzzfeed here.  The trailer plays up the boy band selling point stating to “Say Bye Bye Bye to Zombies.”  To push the kitschy atmosphere of the film even further, they advertise it as being made by the creators Sharknado.  Honestly, if I was going to be confident in anyone to pull off a boy band zombie flick, it’d be SyFy network.  Their ridiculous films are best enjoyed while playing drinking games and reminding one’s self not to be so serious about life.  SyFy has recently taken a turn towards more serious genre lately (see: The Expanse), but the network also keeps churning out Sharknado films like the universe depends on it. And for all the Misha Collins fans out there, lets not forget they are responsible for Stonehenge Apocalypse.

So what does all of this mean?  This is going to either be really good, or so bad that it’s good.  Either way, I’m going to be watching it.  With friends.  And alcohol.  And while blasting NSYNC’s No Strings Attached while we pre-game because yes I bought that album and yes I saw them in concert twice god dammit and I am not ashamed.