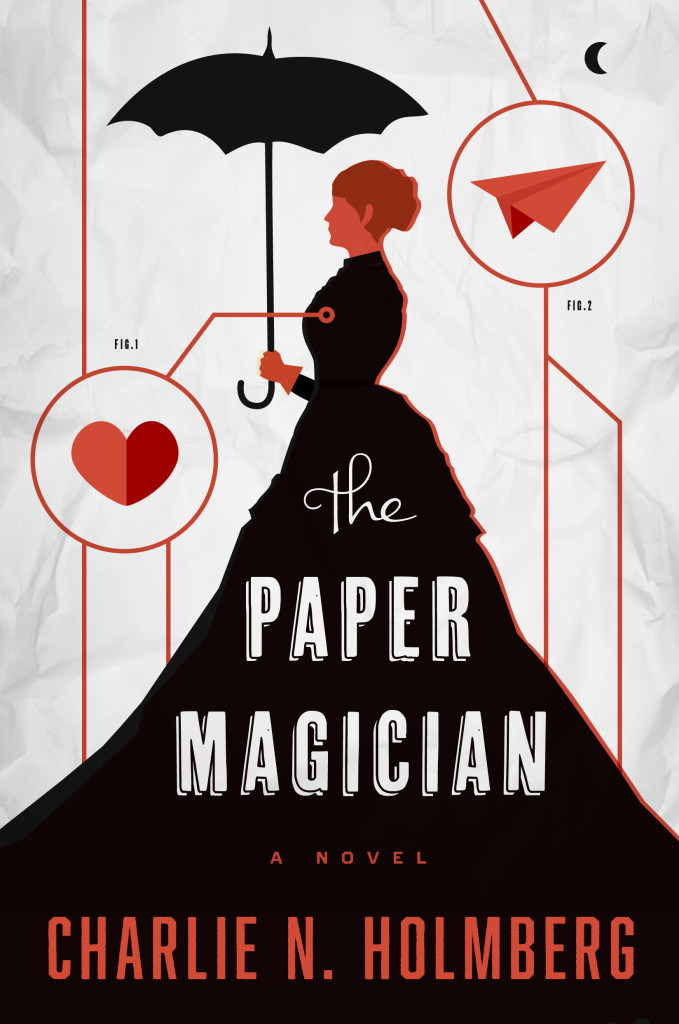 Disney has nabbed the film rights to The Paper Magician trilogy, a series of books by Charlie N. Holmberg.

At first glance, The Paper Magician may seem like Harry Potter-lite as it focuses on a young magician who must ultimately fight an evil sorcerer. However, that’s just about all the two series have in common. Whereas in Harry Potter, the wizards have the ability to manipulate and control virtually anything, in The Paper Magician, their powers are severely limited.

The young adult series is set in Victorian England and follows the story of Ceony Twill, a student at the Tagis Praff School for the Magically Inclined. In The Paper Magician universe, each magician bonds with a manmade material and can only work with whatever material they’ve bonded with. Ceony, who longs to work with metal, is disappointed when she is given paper as a discipline. That is until her mentor, Emery Thane, is threatened by an all-powerful evil magician and she must save his life.

According to The Hollywood Reporter, Allison Shearmur, the producer of the upcoming Star Wars feature Rogue One, is on board to produce. Shearmur also produced Disney’s recent live-action Cinderella adaptation and was the executive producer for The Hunger Games movies.

I haven’t yet finished the series (I still have to read the third book, The Master Magician), but I have read the first two books (The Paper Magician and The Glass Magician), and I highly enjoyed them. (To be honest, I actually liked the second one better, but so far the series is charming and entertaining.) My one issue, which I hope the movie will expand upon, was that while The Paper Magician was an excellent character study of Emery (because Ceony spends half of it journeying through his heart – maybe we could focus more on her in the movie), it didn’t go into much detail about the fascinating world in which they live. For example, magic doesn’t seem to be a secret but I’m not sure how widely known it is; Emery once worked with the police and Ceony’s family is aware of where she went to school. This seems like information that would be able to be easily conveyed in a movie.

One has to wonder, with Disney behind it, will we be seeing this as an animated or live-action feature? It could easily work as an animated film; the story is simple and endearing enough to appeal to children and animation would give them the ability to do so much with the magic and the world itself. However, I’m eager to see this as a live-action film with amazing special effects.

Have you guys read The Paper Magician? What did you think? Are you excited about seeing the movie on the big screen? Let us know in the comments!