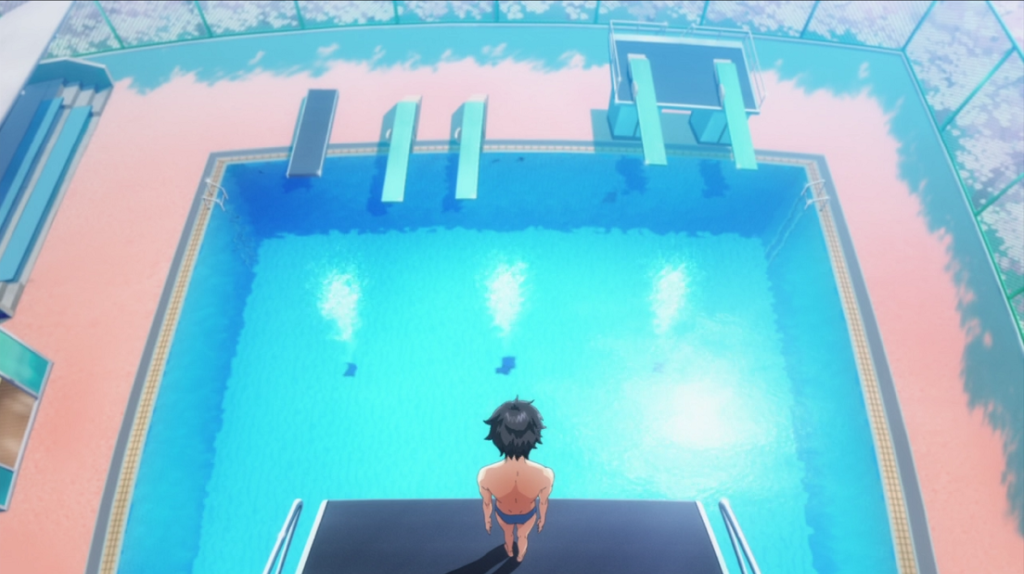 Along with Welcome to the Ballroom, Dive was one of my most anticipated new anime series of the summer. “Dive to Blue” was kind of a lackluster first episode, but “Concentration Dragon” did a much better job of capturing my interest, even if the characters are still kind of bland.

Dive revolves around the failing Mizuki Diving Club in Tokyo, which is on the verge of closing down. In “Dive to Blue”, the club’s new coach, Asaki, declares that the only way the club will not shut down is if one of its members can make the Japanese Olympic team for the Tokyo Olympics – in 18 months. In “Concentration Dragon”, we learn that the only members of the diving club to take this goal seriously are Tomoki and Youichi.

As I mentioned, the first episode was a tad dull. I was really excited about this show – probably because of how much I love Free – and it was disappointing that “Dive to Blue” didn’t manage to really grab me. I didn’t feel a connection with any of the characters and the plot was a little too basic to be interesting. It’s unwise to judge a show solely based on its first episode, though, so I resolved to continue for a few more episodes to see if it got better.

“Concentration Dragon” was a much better episode. The characters are still kind of blah, but the story is starting to take shape. I like that this episode showed how much strain is put on outside relationships when you take a sport – or any other activity – seriously. Usually in sports anime, the only relationships we see are between the characters on the team. But Tomoki has friends – and a girlfriend – outside of the diving club, and in this second episode we’re able to see how much of a toll his training is taking on those.

Unfortunately, Tomoki as a main character is simply not very interesting. He’s very dismissive of his girlfriend, and we don’t know his feelings on the matter. He obviously doesn’t feel the same that she 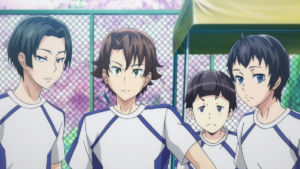 does, but it’s not clear on why he just can’t tell her that, or why he agreed to go out with her in the first place. And his motivations for wanting to go to the Olympics are similarly muddied. He seems to hero worship Youichi, who takes diving very seriously, but in “Concentration Dragon” he says he originally got caught up in the moment but now he’s serious about going to the Olympics. But why?

His friends in the club are fairly forgettable so far, but “Concentration Dragon” introduced Shibuki, who seems really interesting, and gave us a little more information on Asaki. These two characters – along with Youichi – are much more fleshed out than anyone else, and I’m definitely more interested in what’s going on in their lives than I am with Tomoki, at least for now.

I’m still not entirely sold on Dive, but with this better second episode, I know that I’ll continue watching for the time being.

What did you guys think of Dive?