Doctor Who 8×2 Review: Into the Dalek 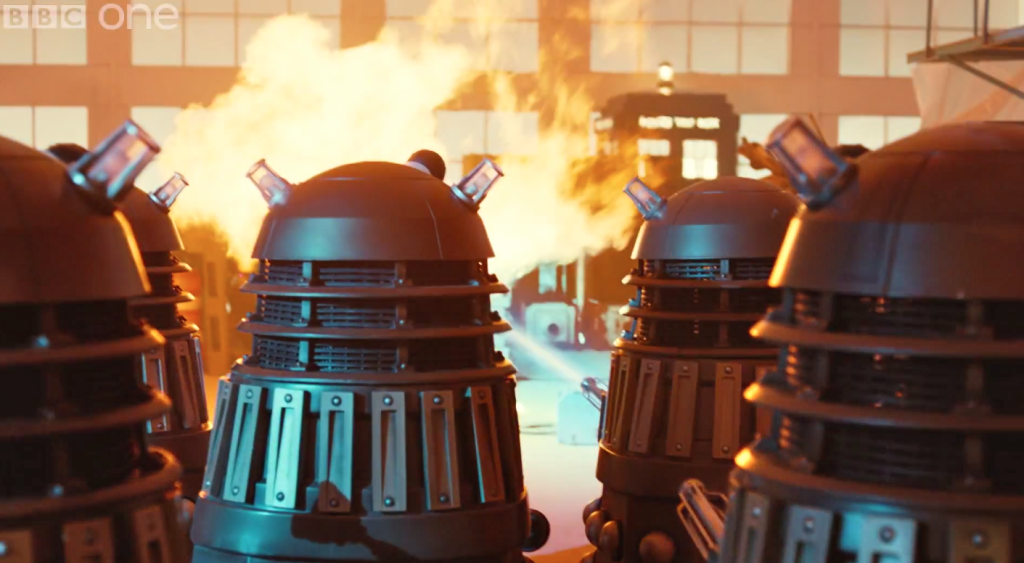 Is the Doctor a good man? It is one of the key questions at the heart of this show. Is the Doctor a good man? Only two episodes in and this series hasn’t exactly been subtle in its quest to delve into the dark side of the Doctor. After a lackluster opener this was Peter Capaldi’s first real adventure as the Doctor, so it was fitting that he was pitted against the Daleks. Nothing exposes the Doctor’s personality better than an encounter with his oldest enemy.

“Into the Dalek” was better than last week’s offering but there is something about this series that is still falling flat. Capaldi’s Doctor is refreshingly harsh, although his tendency to say inappropriate things is hit and miss, especially the way he continually insults Clara’s appearance. Sure Clara Oswald (Jenna Coleman) remains one of the most underdeveloped companions in recent history – does anyone know what she wants? – but making sexist jokes at her expense still makes me uncomfortable.

Doctor Who appears to be making a conscious effort to up the diversity and increase the number of women on the screen. So far this series has gone 2 for 2 in passing the Bechdel Test (although it was touch and go for a bit) with the addition of Journey Blue (Zawe Ashton), this week’s guest companion, and Gretchen Allison Carlisle, yet another poor unfortunate soul that sacrificed herself for the Doctor’s greater good. 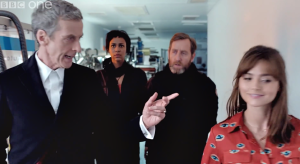 As a stand-alone Dalek adventure this episode was pretty entertaining. The MacGuffin holding it all together was particularly ridiculous, but this is Doctor Who and the ‘don’t focus on it so’ logic behind shrinking the Doctor and putting him inside a Dalek is easily forgotten. Besides, this episode isn’t about science, it’s about morality. Writers Phil Ford and Steven Moffat do a decent job of making the Daleks somewhat menacing, which is a hard task these days, as much as I love them, and the idea that a ‘good Dalek’ is still a Dalek and therefore still an angry killer is an interesting one.

The problem is that any episode that delves into the inner psyche of the Doctor’s mortal enemy is going to be compared to 2005’s “Dalek” (1×6) which is still one of my all time favourite episodes of Doctor Who. This episode was enjoyable and the gimmick of literally going inside a Dalek was fun but it was nowhere near as good as “Dalek” because everything outside the Dalek was rather superficial.

We were introduced to Journey Blue.  We know she’s a soldier in a war and that her brother was just killed. That’s all we know. We don’t know what the war is or why she is fighting. But I guess that makes it easier for the Doctor to dismiss her as nothing more than a soldier, which seems to be a theme.  So maybe the lack of depth to her character and her cause was intentional. Maybe it’s all part of the Doctor’s quest to discover what kind of man he is.

Beyond that there were aspects of this episode that a genuinely enjoyed. The easy banter between Capaldi and Coleman was wonderful to watch and the Doctor referring to the Dalek as ‘Rusty’ was adorable. Danny Pink (Samuel Anderson) is already a welcome addition, if only because he promises to finally give us a little more insight into Clara’s life without the Doctor. Plus he’s super cute.

Well, there you have it. What did you think of the episode? Is the Doctor a good man? Are you totally smitten by Peter Capaldi’s eyebrows? Who the hell is Missy (Michelle Gomez) and is she really in ‘heaven’? Let us know in the comments.