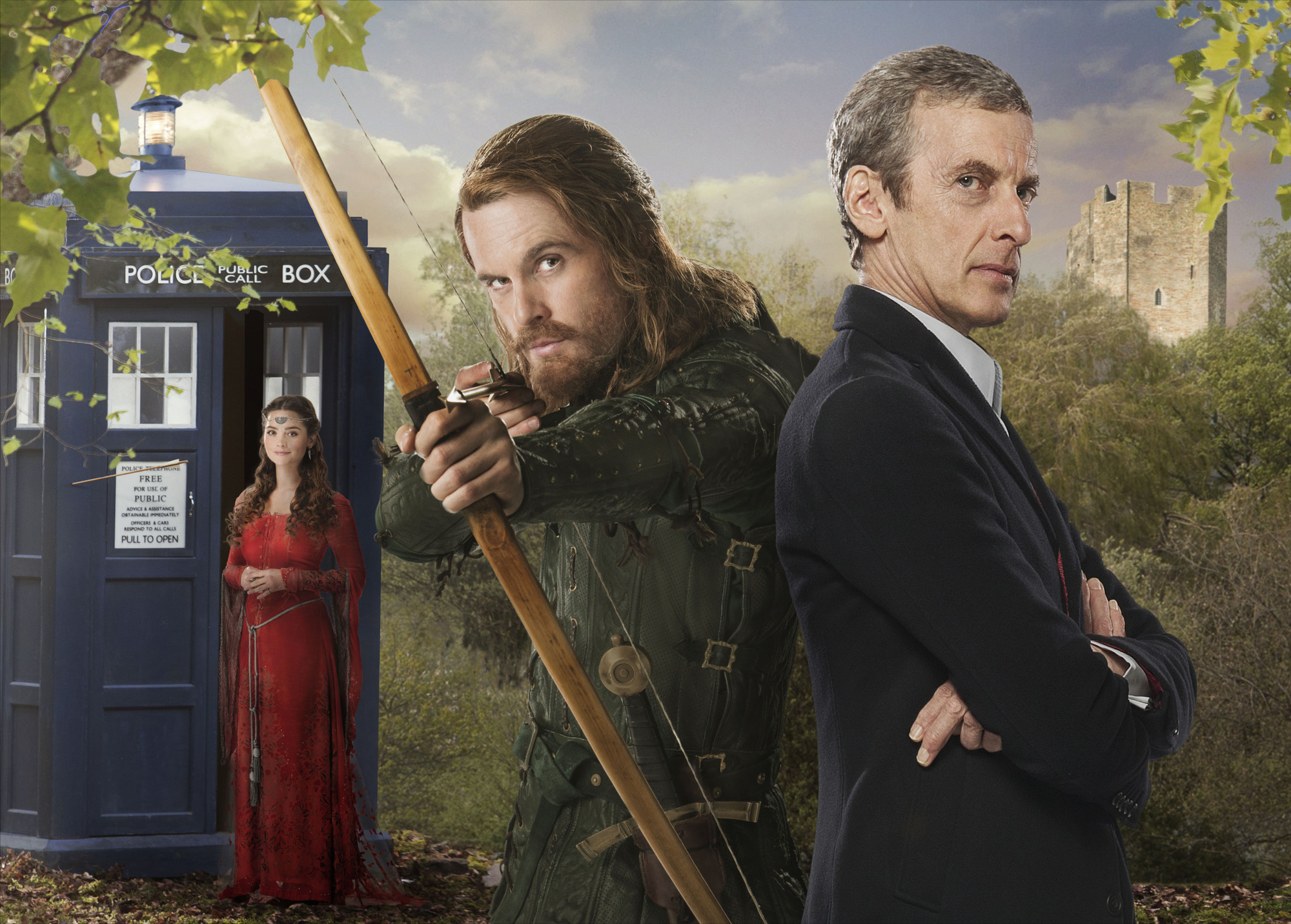 I’ve always enjoyed Mark Gatiss’s writing and I found this episode overall enjoyable, but this episode felt mostly like fluffy filler than anything serious.  That’s not necessarily a bad thing.  Filler episodes can sometimes be some of the best, but with two relatively weak opening episodes it would have been nice to have a more impactful episode.  I did, however, enjoy Clara immensely.  Despite this season’s weaknesses, Clara has been a consistent strong point.   Clara has often been criticized for not having much development or background, but this season has been slowly changing that.  While she’s not as developed as she could be, there’s definitely been progress this season beyond simply her relationship with the Doctor.  I only wish this change would have come sooner. 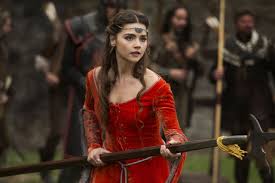 It was enjoyable to see Clara fangirl about Robin Hood, much like Amy fangirled about Van Gogh.  It was also really fun to see her pick up a weapon and defend the Doctor, showing that she has some level of self defense training (Tae Kwon Do, in this case).  It also takes her out of a Damsel in Distress stereotype just a bit, which is something the companions are often placed in.  I enjoy companions best when they’re being badass and saving the Doctor for a change.  She’s also proving to be extremely clever when left alone without the Doctor’s help.

Her independent strength is becoming a surprising strong point when most of her run so far has been in relation to helping to Doctor.  She was able to stand toe-to-toe with the Sheriff and was constantly having to take charge of both Robin Hood and the Doctor when they got into petty arguments.  She was the voice of reason during the episode. I’m not sure how much further we’ll get to explore this side of Clara.  We could have very well come as in depth as the show has planned at this point, but I hope this trend continues.  Clara deserves some development before her run ends.

There are a few things that are getting a bit tiring, though, and they managed to pop up in this episode despite it being outside of Moffat’s influence.  Some people might be enjoying the constant quips about the Doctor’s age, but I find them almost as bothersome as his insults towards Clara’s appearance.  Thankfully I didn’t notice any insults directed towards Clara in this episode and the Doctor seemed to actually care about her opinion quite a bit, but the jokes against his age have run their course.  We get it.  He’s older than the last couple of the Doctors.  There are so many points of his personality I’d rather explore and I’m ready to move on past the jokes about his surface appearance.  The question of whether he’s a good man, for example, has been an ongoing theme that is growing repetitive and could use some actual movement forward. 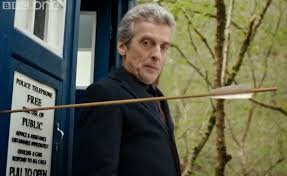 We seem to be stuck in a holding pattern with the Doctor, which is disappointing for the first few episodes of a brand new version of him.  I do feel that the Doctor’s relationship with Robin Hood may have set the groundwork for development, but we still haven’t quite arrived at any sort of revelation.  Robin Hood attempts to bond with the Doctor by relating that they have similar backstories, but instead of digesting this information the Doctor gets angry that Clara told Robin personal information about him.  I’m hoping Robin’s words stick with him, though, and when he has time to actually consider what he had to say we can push further on his seemingly existential crisis that he’s having.

Overall this episode was simply ‘fun.’  There were no major developments, besides yet another reference to the Promised Land, which seems to be the ongoing mystery of the season.  Clara was mostly what made this episode enjoyable for me.  I sometimes feel alone on my love for Clara, but I see a lot of potential for her.  If things continue how they’re going now, that potential might actually have a chance to get used.

One thought on “Doctor Who 8×3 Review: Robot of Sherwood”