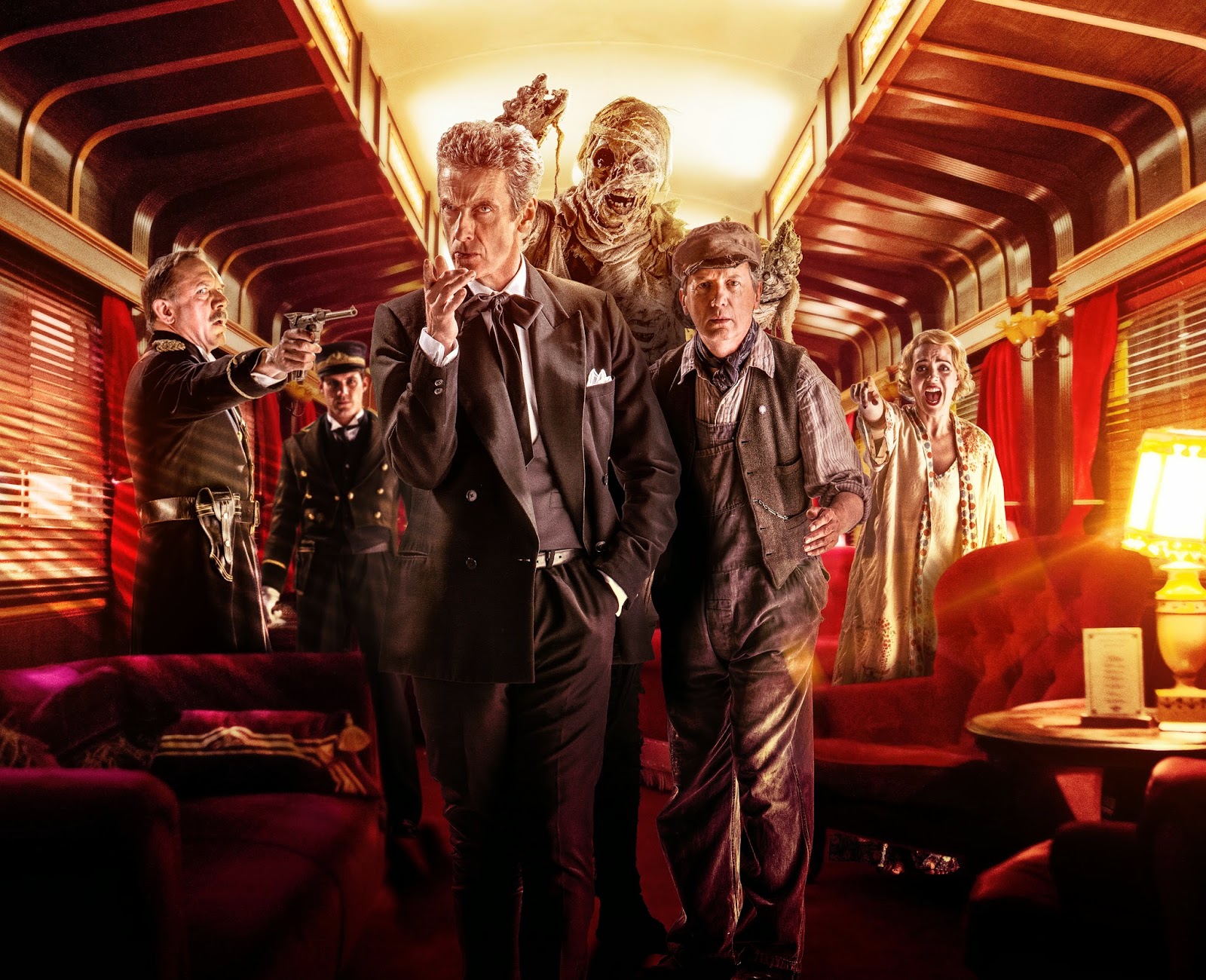 “Mummy on the Orient Express” was very Doctor Who. That might not seem like high praise but considering that – with the exception of “Robot of Sherwood” – most of this season has been decidedly un-Whoish I can’t think any better compliment that saying that this was a very Doctor Who episode of Doctor Who. A familiar story with a sci-fi twist, a couple of recognisable guest stars and an underlying message about society; it’s basically Doctor Who by numbers, but after 50 years it’s pretty clear that familiarity is one of the things that makes this show so appealing. 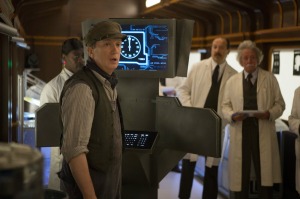 I’m not entirely sure what to say about this episode, because it was good but it wasn’t particularly noteworthy. The mystery was entertaining enough. The conclusion was a little bit of a let down but generally I enjoyed it. Frank Skinner made a fun one off character – albeit a fairly cliche one that would have gotten old very quickly if he had accepted the Doctor’s offer to travel with him. David Bamber was fine as the stiff upper lip to the end Captain Quell. The mummy, also known as the Foretold, was fairly creepy in childish kind of way, which is again very Doctor Who. Overall, “Mummy on the Orient Express” was fun and if you’re a fan of Doctor Who you’ll enjoy it.

There isn’t really much else to say. Sure I could say that I’m disappointed that we didn’t get to see more of the aftermath of the Doctor and Clara’s fight from last week because that scene at the end was probably my favorite moment of the entire season, and the first time I genuinely liked Clara. But honestly, while I enjoyed Clara calling the Doctor on his dickish behaviour I’m still not particularly invested in Clara’s identity crisis. I have no idea who she was before she met the Doctor so I can’t really see whether or not the Doctor has changed her for better or worse. Besides Danny Pink is becoming a really annoying character, which is super disappointing after such a strong start and I just don’t buy his relationship with Clara at all. Are they really supposed to be in love?

Also, so much for Capaldi’s insistence that there would be no flirting on the Tardis because despite the Doctor’s constant insults of Clara’s appearance they are playing their relationship as a potential romance. It is structured as though Clara has to pick the Doctor or Danny (in a similar way that Amy had to pick the Doctor or Rory). If there really isn’t supposed to be anything romantic between the Doctor and Clara, then why can’t she have both? It kind of makes Danny come across as unreasonable. Like I know Susan had to leave the TARDIS when she met a boy but it isn’t the 1960s anymore, surely Clara can have a proper grown up relationship and still travel with the Doctor. There are ways to play Clara’s crisis of faith that haven’t been lifted straight from a romance.

Anyway, most of the problems with this episode (except the lack of women and POC) are problems that are carried through the series so I’d rather focus on the fact that I liked the episode. Highlights included the Doctor keeping his jelly babies in a cigarette case, the countdown clock, Clara’s outfit, and the Doctor saying “Are you my mummy?” to an actual mummy. An enjoyable episode for anyone that’s a fan and a much needed reprieve from the misogynist mess the rest of this series has been.

What about you? What did you think? Do you think Clara should still be travelling with the Doctor? Were you waiting with baited breath for the Doctor to say “Are you my mummy?” Are you warming to Capaldi’s Doctor? Let us know what you think in the comments.