Doctor Who Review: The Last Christmas 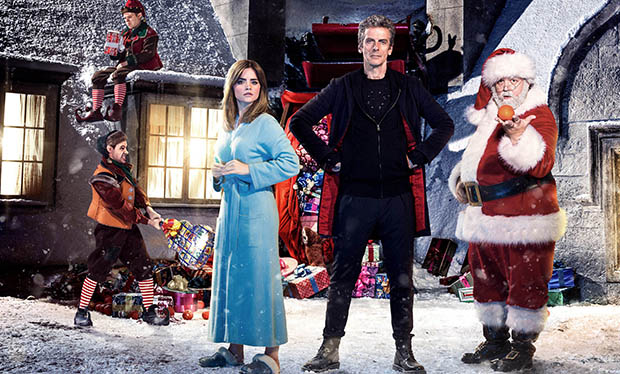 The Doctor Who Christmas special was equal parts horror, humor, and in-your-face holiday touches, but the one thing on everyone’s mind was if this would be Clara’s last adventure in the TARDIS. As the episode went on, it became clear that this was going to be the climactic moment of the episode, but in a story where your very sense of reality is questioned at every turn you couldn’t really be sure of the answer to that question until the credits rolled. It was far from my favorite Christmas special and farther still from my favorite episode, but the positive ending note made it a worthwhile hour of television and had me genuinely looking forward to the next season. I only wished the episode could have had me that enthusiastic for the entire hour. 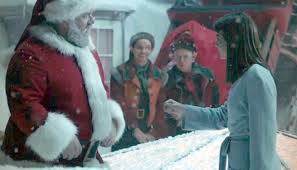 First and foremost, surprise, Clara is staying for more adventures in the TARDIS for series 9. Considering that this past season has been the biggest season for her own personal character development it would have been an absolute shame to cut her off before she had more room to grow. She was finally free from the Impossible Girl pre-written destiny and developing as Clara Oswald, badass companion. The writers seemed to know that this is the bit of info we were all dying to know and faked us out at the last minute with one last dream within a dream. Clara’s status as a regular next season has been a topic pushed in many interviews, so they had to string is along just a bit longer. The fake out of her departure didn’t hit me as emotionally as Amy and Rory’s departure. Nonetheless I was glad that it was false.

The dream within a dream motif did get overplayed by that point in the show. There were just one too many gasping awake scenes and the last one felt like just a bit too far. I suppose if you are going to use this method of surprise, then the status of a companion’s return for the next season is the most logical way of doing it. While the tangerine left on the window sill at the end could be a fun nod to the continued existence of Santa in our reality, I briefly saw it as a sign that they could still be dreaming. Cue the conspiracy theory brigade: all episodes of Doctor Who going forward are merely dreams. The last real episode was the season 8 finale. I’m patenting this theory. You’re welcome.

Another part of the episode that struck an unexpected chord was the inclusion of Danny Pink. His character was introduced to be Clara’s love interest, then promptly killed to cause her deep emotional pain. It’s a gender swapped version of the classic Women in Refrigerators trope, which was a surprising play on an almost exclusively gendered trope. Having him appear in the special was like rubbing salt in a very recently opened wound. It was a reminder of what we could have had if his character hadn’t been created to cause emotional pain for Clara. I was sad, yes, but more than that I was angry. I would have loved another couple traveling on the TARDIS, but we couldn’t have it. 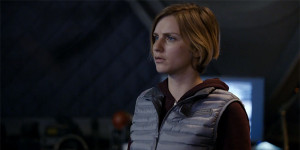 The rest of the episode didn’t strike me as particularly unique or noteworthy. The monsters themselves resembled the face huggers from Alien, which was a fact pointed out within the canon itself, much to the Doctor’s chagrin. Other than Shona, the characters were pretty bland and uninspiring. Shona, however, was sort of spectacular and should come back as a full time companion. Seriously, am I the only one who thought she sort of stole the spotlight in every single scene she took part in? Perhaps her brilliance is why the other characters sort of fell flat. Next to her, even our sassy protagonists looked sort of average. I wonder if they realize what they have there with this character or if she’ll be forgotten with all the other one off characters the show has produced?

I am, however, finally enjoying the dynamic between Capaldi’s Doctor and Clara. It’s taken me a long time to get to this point, being unable to get past his constant insults to her appearance, but their relationship has found a balance. I’m finally feeling like their friendship can survive his regeneration, which took a surprisingly long time. This is another reason that I’m glad this wasn’t Clara’s last episode. She has so much more to give and such potential for a meaningful journey ahead of her.

This wasn’t a mind blowing special or a revolutionary episode, but there was enough in this to get me excited for the future. It’s no secret that I’ve been hesitant about the recent trajectory of the story under Moffat, but setting those concerns aside it’s Clara that’s keeping me enthusiastic about the future of the series. She’s not my favorite companion (the Ponds own me heart and soul), but she’s my favorite part of the show at the moment and that’s important.  If this had been Clara’s departing episode, my enthusiasm for the series may have seriously been in jeopardy.