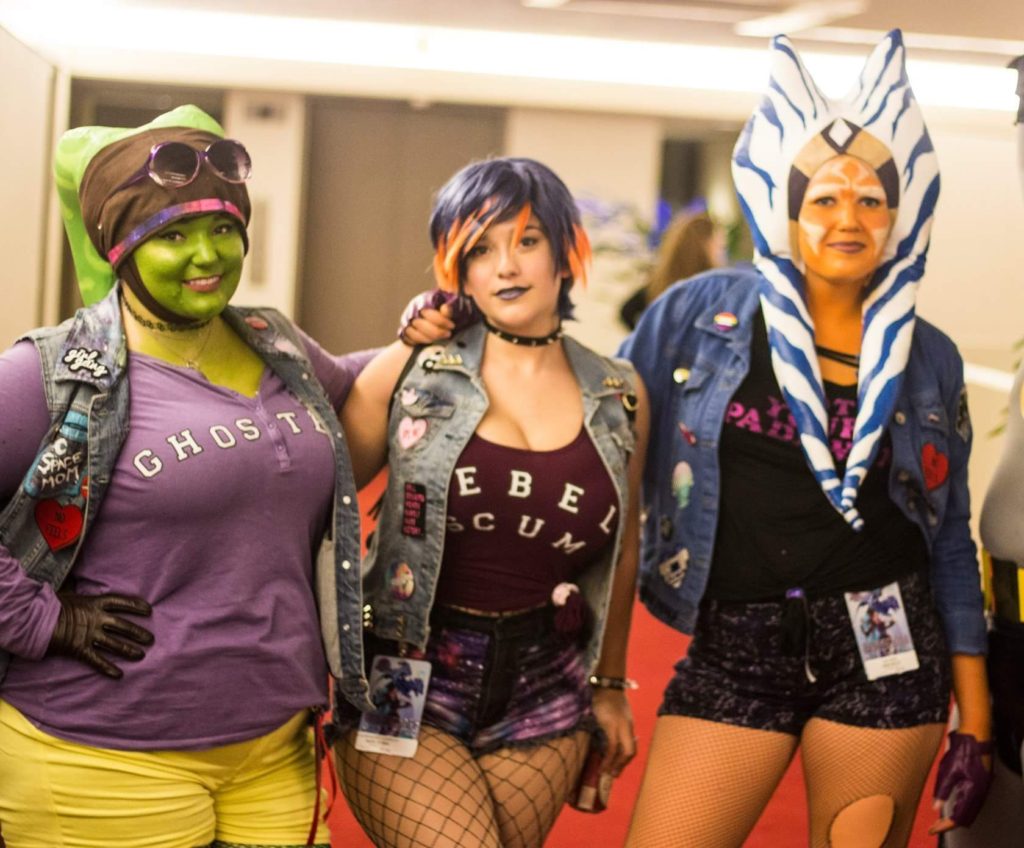 I love DragonCon. It’s my favorite convention. However, my experience at DragonCon this year wasn’t great. It was my third one and I suppose third time’s the charm–for a nightmare.

It was less the convention itself and more personal issues. Regardless, the con must go on. I’m a ferocious little thing, but I couldn’t roll with the punches this year. I was knocked down and I could only lay there like a cute, sad turtle.

This year the attendance was astronomical. They reported something like 80,000 plus attendees over the weekend. Let me tell you something: this year was like the convention equivalent of Battle of the Bastards where Jon Snow is slowly being crushed to death by the Bolton forces. And I was Jon Snow.

Instead of staying at a host hotel this year, a friend of mine secured a spot at Hotel Indigo. The hotel itself was gorgeous, brand new. A modern room with a ton of mirrors and a giant shower? Seriously–a cosplayer’s dream. The hotel is right on the main street but blink and you’ll miss it. It honestly wasn’t as big of a pain getting back and forth from the host hotel to the Indigo. The staff and their communication definitely left something to be desired. We waited almost six hours for towels and washcloths. 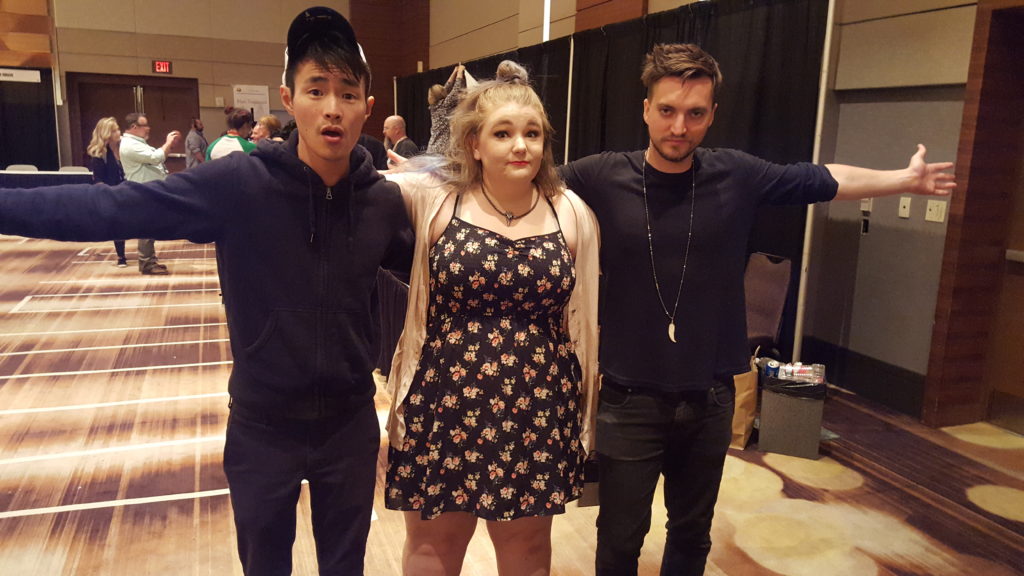 My badge pickup this year was easy: it took me less than half an hour. With my food allergies, I was able to keep myself fed from the CVS across the street. I didn’t run out of booze (I know, I’m pretty incredulous, too). I was late for almost everything but that’s not a surprise. Late is my middle name.

The first night of DragonCon, it took me wheezing up two flights of stairs to realize that something was wrong. I’m in terrible shape enough as it is, and going up stairs in high heels is a nightmare. However, by Saturday afternoon, I began running a fever. Sunday, I fell victim to the dreaded Con Crud. If you’ve never had the Crud, you must either be smarter than I am (which isn’t a stretch) or you have the immune system of steel. I wouldn’t wish the Crud on my worst enemy. Also, I don’t recommend wearing fur and fleece in Atlanta in September. On top of the Crud, I dealt with some pretty gnarly heat exhaustion. I skipped the traditional mimosa parade viewing and had to bow out of one of my photoshoots because I simply couldn’t function.

I know there are things that the convention can’t control, and I can’t blame the con for every hiccup throughout the convention. The panhandlers in the streets of Atlanta are easy to avoid. There are, however, people who are just there to stir the pot. I had to keep myself from punching one man in particular who solicited me for explicit sexual favors. Drunk leftovers from the football parties verbally assaulted us as we walked back to our hotel. Once again, there are general things that made my experience unpleasant but things the convention couldn’t control. The instance of the woman who was struck by a chair was a sobering experience. She attributes her cosplay to saving her life. 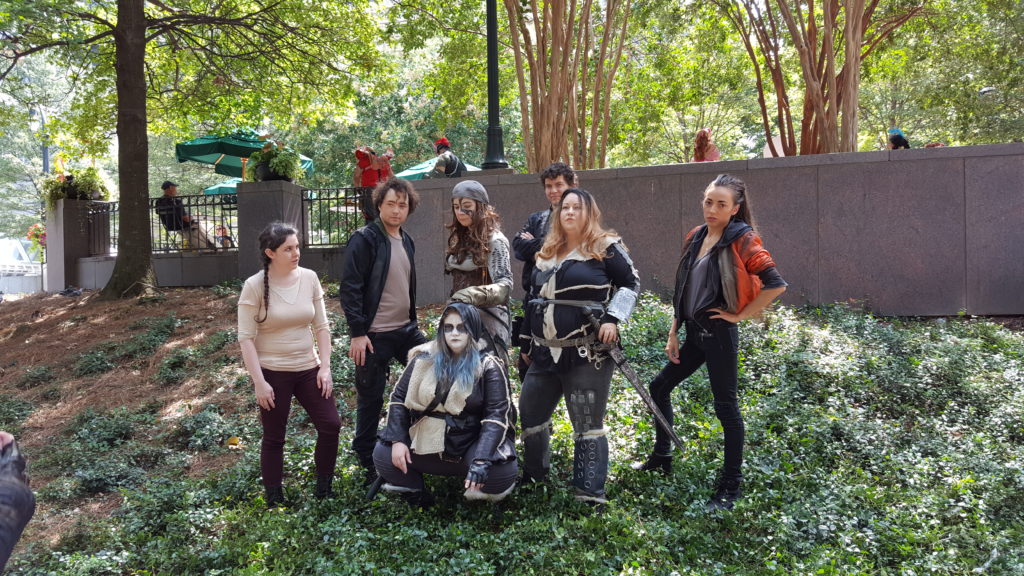 The convention wasn’t all bad and I think it’s time we move onto the nicer memories! I did an amazing group cosplay with my friends as Star Wars Rebels girl gang characters that garnered tons of attention. Fellow Geekiary writer Tara Lynne and I reprised our Suicide Squad Harley and Ivy cosplays. I finally debuted my ‘Deal With It’ Olenna cosplay, which I worked so hard on. On Saturday, I also attended the 100 Cosplay Meetup as Echo. This year I went a bit outside my comfort zone with working with foam and latex and creating entire headpieces. I even subjected myself to body paint, which wasn’t as terrible as I thought it would be.

I sat in on one of the many The 100 panels for the Apocalypse Rising track and, as usual, was not disappointed. Out of all the panels and all the conventions I’ve been to, The 100 cast panels are by far my favorite. I had a photo op with the cast. The interviews I had scheduled with them were canceled due to filming conflicts, but the time I spent with them laughing and chatting more than makes up for it.

Of course, my favorite part of conventions? I get to see my friends who live halfway across the world. Nurturing convention friendships are difficult because you have to cram one years’ worth of gossip and life into a matter of three or four days. I made several great new friends as well and actually branched away from my usual group of friends.

I’ve heard that many people didn’t enjoy the con or that it was a weird one for them. I’ll admit that I’m right in that bandwagon. I am already planning next year’s cosplays, though, but I’m going to try to keep them minimal. Seven cosplays this year took too much out of me.

Tell me readers – how was the convention for you? Did you have a good time or did it seem off? Let us know in the comments and be on the lookout for my annual The 100 Cast article and my Dragon Con cosplay spotlight! 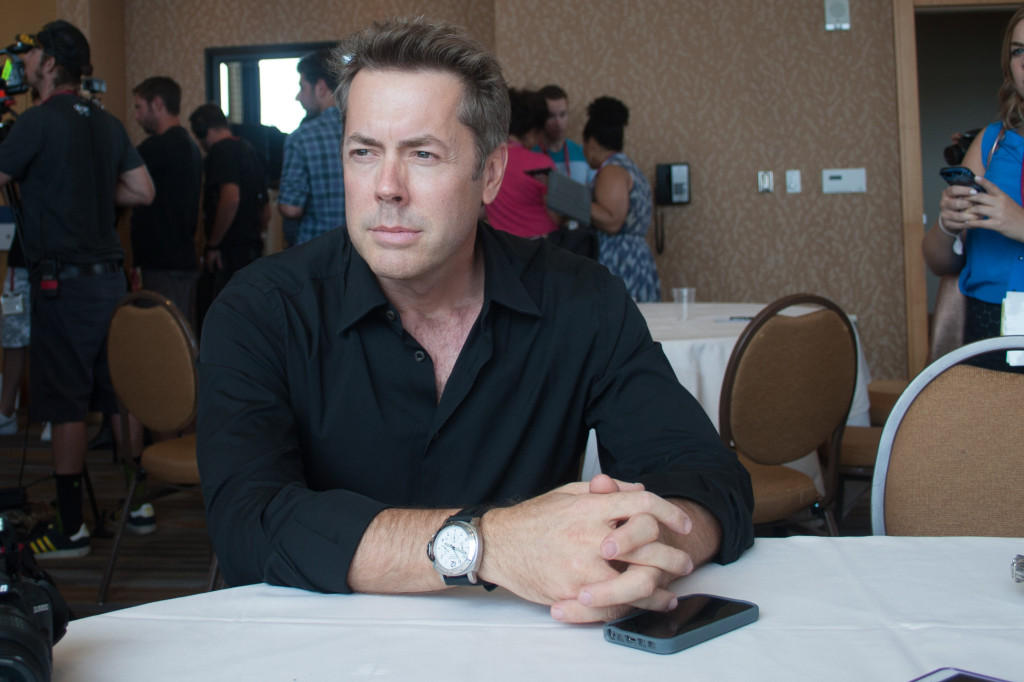 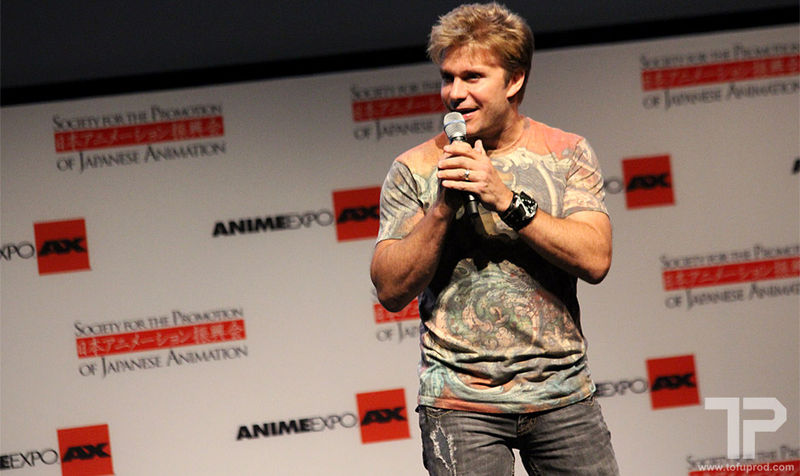