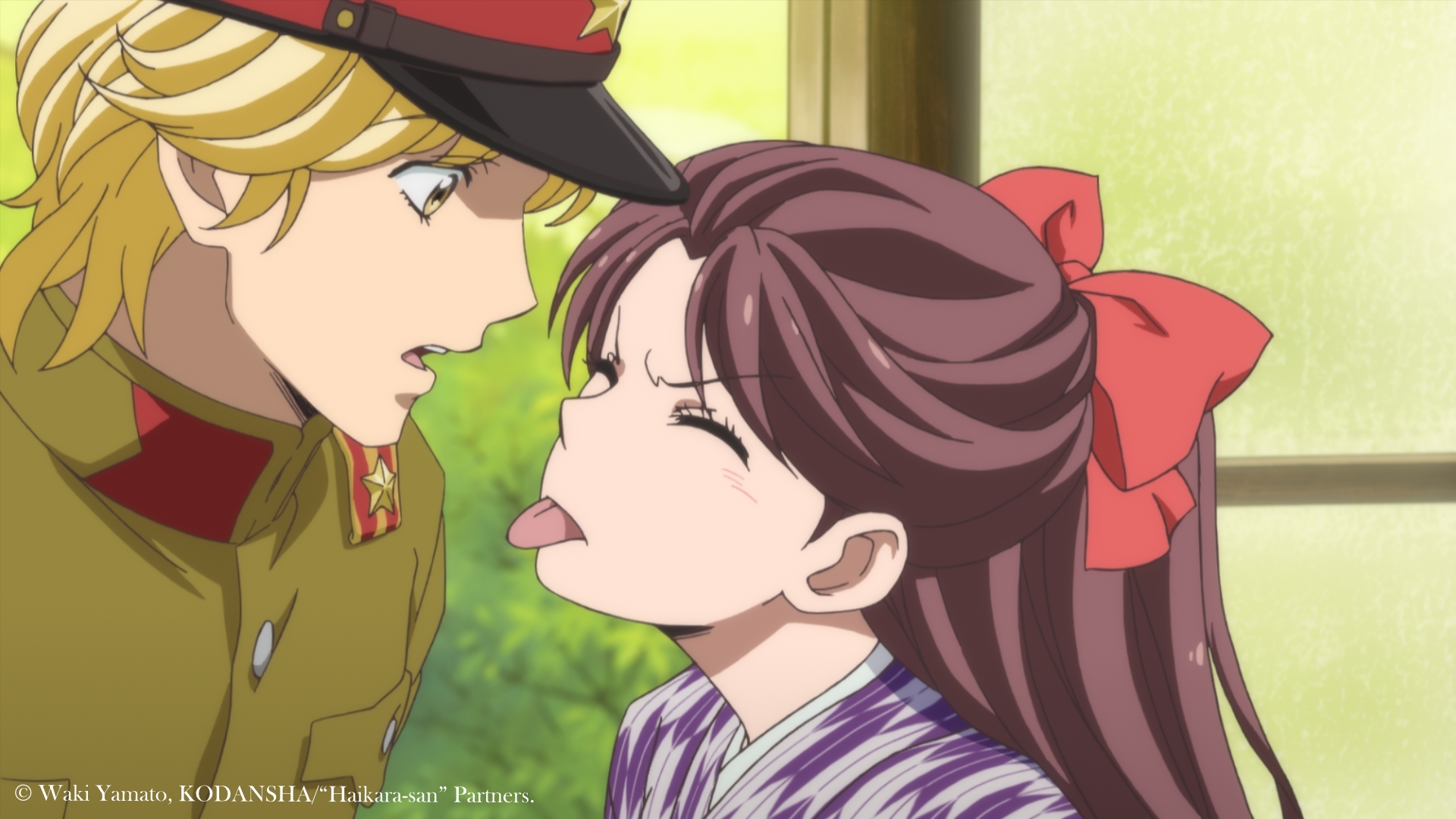 Originally released in Japan in November 2017 and based on an original story by Waki Yamato, Haikara-San: Here Comes Miss Modern is written and directed by Kazuhiro Furuhashi. The cast includes Saori Hayami (A Silent Voice, Sword Art Online) as Benio (who also sings the theme song), Mamoru Miyano (Free!, Yuri!!! On Ice) as Shinobu, Takahiro Sakurai (Shokugeki no Soma, Bungo Stray Dogs) as Tosei, and Yuki Kaji (Attack on Titan, Haikyu!!) as Ranmaru.

Here is the official synopsis:

During the Taisho era of 1918, 17-year-old Benio Hanamura thrives on bucking tradition. As a boisterous and quarrelsome tomboy, Miss Hanamura leads a life of kendo and tree-climbing adventure with her best friends Tamaki and Ranmaru. Benio determines to find love on her own, though her family has other plans. Benio will encounter tests of love, independence, and friendship during wartime.

Haikara-San: Here Comes Miss Modern Part One comes to US theaters June 8, with the second film projected to be released in Fall 2018. It will be presented in its original Japanese with English subtitles. The film adaptation will also feature the original ending from the manga, a story arc that never came to fruition in the 1970s animated series.

A period film featuring characters who disregard traditional gender roles, Haikara-San: Here Comes Miss Modern looks to follow in the steps of such female empowerment films like Wonder Woman and Lady Bird. Waki Yamato’s story is beloved in Japan, and the female protagonist that captivated audiences in the 1970s will soon be able to inspire a new generation of American viewers.