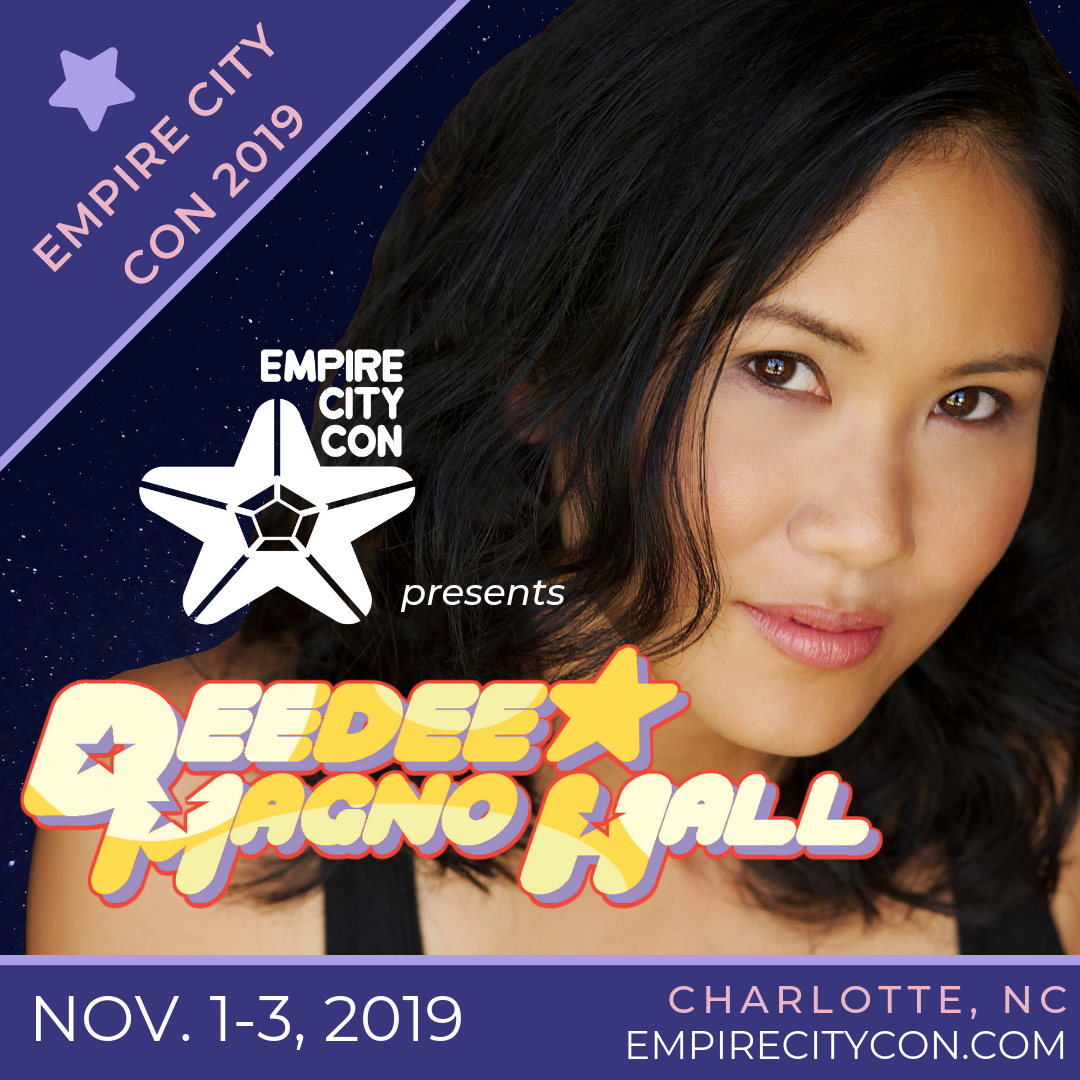 The upcoming Steven Universe fan convention Empire City Con continues to grow more interesting. Empire City Con is proud to announce the voice of Pearl, Deedee Magno Hall, will be in attendance as a guest!

For those who might not know, Empire City Con is the same StevenCon as Beach City Con was. Organizer and founder K-K Bracken (who is a part of The Geekiary team) created her own event planning company, changed the name, and moved to Charlotte.

Beach City Con was a huge success. So, you can expect even more awesome stuff from Empire City Con come November 1, 2019! For example, having the voice of Pearl as a guest! Yay!

Kirstein was a guest last year. Kristein did panels like ‘Abra-CLOD-abra,’ an in-character singalong, and a cosplay Q&A, as well as hosting the cosplay parade. Bakamono was on panels and will be an official guest at the upcoming convention.

Deedee is currently the voice of “Pearl” on Cartoon Network’s Emmy nominated series, Steven Universe & “Snuggs” the hedgehog in Doc McStuffins on the Disney Channel.

Proud wife & mommy of 2, grateful to God for family, friends & the opportunity to do what she loves!

Of course, more guest announcements are sure to come!

Tickets are on sale now!

They begin at $70. One of the five tiers has already sold out.

Are you excited about Empire City Con? Let us know.