“Steven Universe: The Movie” Helps Characters Grow But Not Too Much! 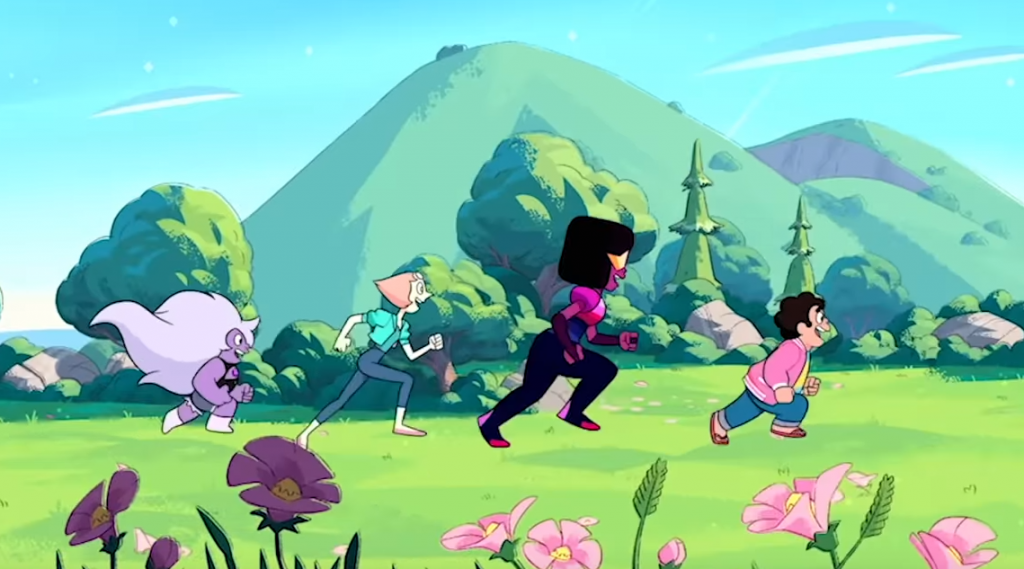 I’m going to begin by saying I enjoyed watching Steven Universe: The Movie. However, even though our characters have grown over the five animated seasons, the writing team still seems hesitant to let Steven (and the narrative) grow too much.

A whole lot has changed since we saw Steven back in season five. Our titular hero has been helping the Diamonds fix their tyrannic ways. The entire galaxy seems to be at peace. The Gem Empire isn’t about war and conquering anymore. Also, Steven has a neck now!

Of course, happiness doesn’t last forever. When Steven returns to Earth and is glad to see numerous Gems busy building a small town for themselves, trouble comes in the shape of Spinel. She’s a gem that’s out for revenge because of… wait for it… what Pink Diamond did to her. Yes, we got yet another gem who has experienced hurt because of Steven’s mother.

Seeing Pink Diamond being revealed to be a very messy character has been a unique surprise from this franchise. You don’t often get stories where a heroic icon ends up being, frankly, a not-so-good character. Some fans even think of Pink Diamond as the true villain of this franchise, and I kind of agree with such an assessment. She simply ran away and left her son to handle the burden of all her mistakes (or “crimes,” as this animated film puts it).

Turns out, Pink Diamond, after getting her own planet to colonize, left Spinel (her plaything) in her garden. Pink didn’t even explain to Spinel she was never going to come back. Spinel kept waiting for Pink to return for six thousand years. However, after Spinel saw Steven’s recent broadcast, she invaded Earth to end all organic lifeform (by injecting poison into the planet) and hurt Steven (the closest thing Spinel could find to Pink).

I have been hoping for the Steven Universe to showcase a villain who isn’t redeemed through song and dance. I thought Spinel was going to be such a character, but she was not. Yes, Steven’s able to change her mind through his talking prowess. Sigh!

While I didn’t like such a writing choice, it also made sense for Spinel to be redeemed after we got to know about her devastating experience with Pink. The main theme, at least to me, was about stopping toxic relationships from changing you for the worse. The message was about growing for the better and learning to love again.

As far as my opinion goes, allowing every character to be redeemed isn’t always the right choice when it comes to storytelling. Understanding that certain people are beyond remorse and help is part of growing up.

We saw it when Harry fought Voldemort. We saw it when Naruto (who is famous for using his talking prowess to convert evil people) faced Madara. I don’t think Steven can really grow up unless he is put through such an experience.

Other than that, this animated musical did have numerous fun moments and surprises. I liked when Pearl rebooted and started to serve Greg. Also, the scene where Greg and Steven fused was awesome even though I felt a bit weirded out by it. I mean, I get that fusions can occur because of bonds of platonic love and trust, but still, it was a bit weird. The animators also did an impressive job showcasing Spinel’s stretching powers. The Diamonds were always a treat to watch when they got a bit of screentime.

The soundtrack is definitely a must-listen!

Steven Universe: The Movie felt like a great way to bring to a close a whole lot of events that were shown during the fifth season. It definitely didn’t feel like the conclusion of the series. It was more like a chapter in Steven’s life reaching an end. I’m ready for more Steven Universe content!