“Ben 10 vs The Universe: The Movie” Releasing This October! 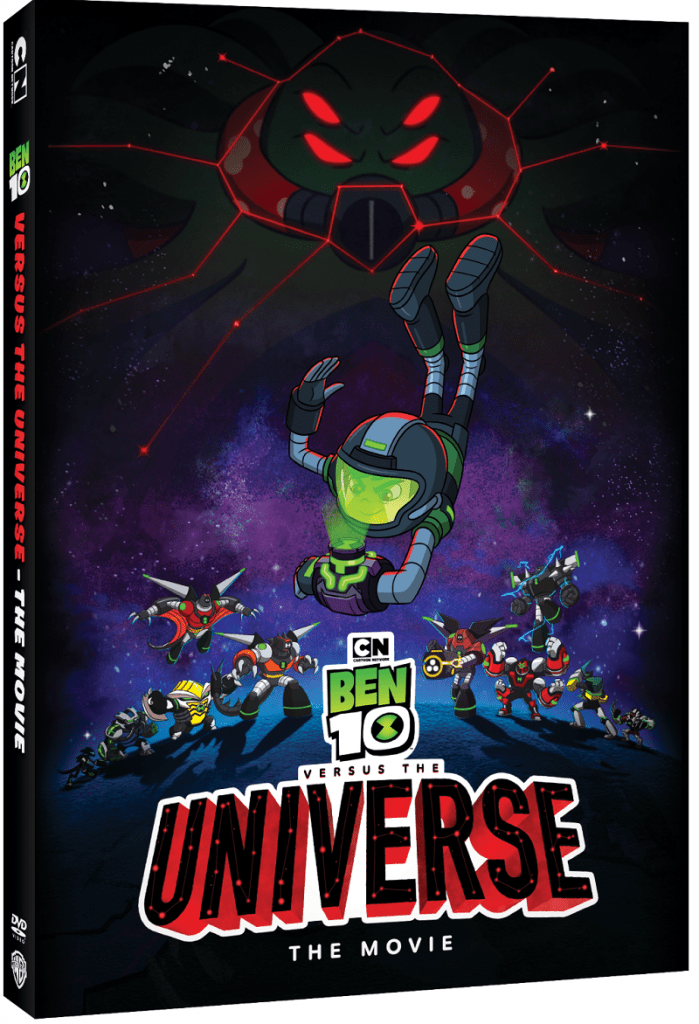 Fans of the long-running Ben 10 franchise have been anxiously waiting for Ben 10 vs The Universe: The Movie. Come October of this year, you will get to see Ben face a dangerous threat. The animated film will be available on Digital on October 11, 2020, and on DVD on October 27, 2020.

From Warner Bros. Home Entertainment, the home release of Ben 10 vs The Universe: The Movie will feature bonus content including Animatics, exclusive to the DVD. You can own it digitally for a suggested retail price of $14.99. The DVD will be available for $19.99 ($24.99 in Canada). It has been rated TV-Y7.

The action-packed movie, which will air globally first on Cartoon Network, will focus around a blast from Ben’s past returning to do double the damage on Team Tennyson and planet Earth itself, forcing Ben to go interstellar to save the day. Meanwhile, Gwen and Grandpa Max team up to help protect the world in Ben’s absence. But when our boy hero is confused for the villain in space, Ben must figure out a way to get back to Earth to help save it!

“After 15 successful years, the Ben 10 franchise continues to thrive around the world,” said Mary Ellen Thomas, WBHE Senior Vice President, Originals, Animation & Family Marketing. “From its Emmy Award-winning series to its robust toy line from Bandai, merchandise in all forms have all combined to generate more than $4.5 billion in global retail sales to date. We know that fans and newcomers alike will want to own this latest installment in the franchise’s home entertainment catalog to add to their Ben 10 collections.”

Ben 10 the animated series debuted back in 2005. It followed Ben’s growth from a kid to a teenager with the final series Ben 10: Omniverse concluding in 2014. A reboot, focusing on kid Ben, launched in 2016. The reboot’s currently airing its fourth season and continues to be a success for Cartoon Network.

As a fan of the franchise, I’m still waiting for Gwen to tap into her magical powers!

Are you excited about Ben 10 vs The Universe: The Movie?