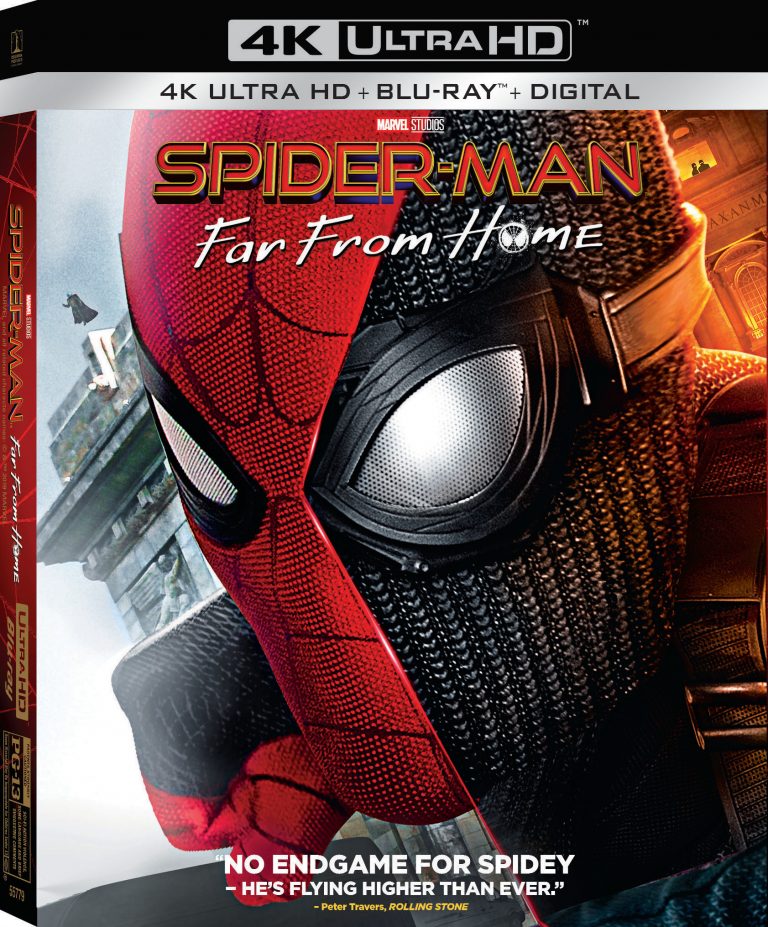 While fans wait to see if Disney and Sony can strike a deal about Peter Parker’s involvement in the MCU, they can relive the events of Spider-Man: Far From Home when it becomes available on Digital September 17, 2019. The 4K Ultra HD Combo Pack, Blu-ray Combo Pack, and DVD will be released on October 1, 2019.

From Sony Pictures Home Entertainment, the upcoming home release will feature tons of extra content for fans to enjoy.

Tom Holland returns as everyone’s favorite web-slinger in SPIDER-MAN: FAR FROM HOME, the next chapter after Spider-Man: Homecoming. Our friendly neighborhood wall-crawler decides to join his best friends Ned, MJ, and the rest of the gang on a European vacation. However, Peter’s plans to leave super heroics behind for a few weeks are quickly scrapped when he begrudgingly agrees to help Nick Fury uncover the mystery of several elemental creature attacks! Spider-Man and Mysterio (Jake Gyllenhaal) join forces to fight the havoc unleashed across the continent but all is not as it seems.

The film has been directed by Jon Watts (Spider-Man: Homecoming) and written by Chris McKenna and Erik Sommers and based on a Marvel Comic book by Stan Lee and Steve Ditko. The film is produced by Kevin Feige and Amy Pascal. Executive Producers are Louis D’Esposito, Victoria Alonso, Thomas M. Hammel, Eric Hauserman Carroll, Rachel O’Connor, the late Stan Lee, Avi Arad, and Matt Tolmach.

The running time comes in at approximately 129 minutes. This movie is rated PG-13 for sci-fi action violence, some language, and brief suggestive comments.

The Bonus Materials Include:

Here’s a video for you to enjoy!

Do read my review of Spider-Man: Far From Home.

Released in the US on July 2, 2019, the film has gone to gross more than $1 billion at the global box office.