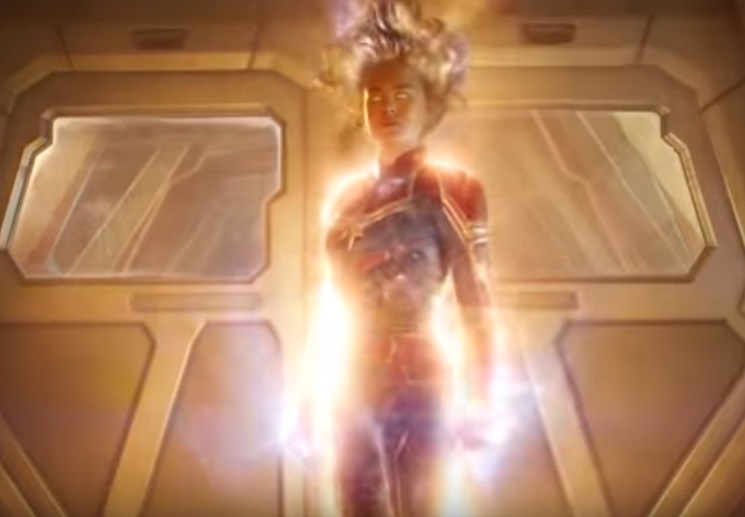 The Captain Marvel reviews on Rotten Tomatoes skew extremely negative for a variety of cited reasons.  Some say superhero fatigue in general is driving them away, whereas others are more vague simply stating it “looks terrible” and will be a “dumpster fire,” without really explaining why they feel that way.  On occasion, though, the brief Captain Marvel reviews go into detail about the real reasons they find the film so displeasing and it’s not at all surprising.

Was going to see this, but the trailers were disappointing. And I don’t support anything that tries to weaponize the culture war and cause hatred and division. The MCU is going in a sad direction. Oh well, it was great while it lasted. 10 years is a good run. -Sean D

I somehow feel that Skull are not the enemy, but that I am, since Brie Larsen has been careful to state she doesn’t want the Press Tour to include types like me. -J P

Tired of all this SJW nonsense -Jonathan B

I was interested but Brie Larson has really put a damper on things. Her comments about men have been very offensive to me. Probably skip this one. Looking forward to End Game. -Jonathan S

Brie Larson’s “comments about men” that are referred to in a couple of these reviews are in reference to her comments about diversity for journalists interviewing her during the Captain Marvel press junket.  She said the following in an interview with IndieWire:

About a year ago, I started paying attention to what my press days looked like and the critics reviewing movies, and noticed it appeared to be overwhelmingly white male.  So, I spoke to Dr. Stacy Smith at the USC Annenberg Inclusion Initiative, who put together a study to confirm that. Moving forward, I decided to make sure my press days were more inclusive. After speaking with you, the film critic Valerie Complex and a few other women of color, it sounded like across the board they weren’t getting the same opportunities as others. When I talked to the facilities that weren’t providing it, they all had different excuses.

I want to go out of my way to connect the dots.  It just took me using the power that I’ve been given now as Captain Marvel. [The role] comes with all these privileges and powers that make me feel uncomfortable because I don’t really need them…It’s a by-product of the profession and a sign of the times. But any uncomfortableness I feel is balanced by the knowledge that it gives me the ability  to advocate for myself and others.

To most of us, this is a very well worded critique on journalism and the entertainment industry.  It wasn’t an off-handed comment by a long shot, and it’s clear that Larson takes this issue very seriously.  I personally applaud her for making a concerted effort in diversifying who she chooses to speak to in interviews.  I don’t see how this is a bad thing in the slightest.

But of course not everyone took her comments this way.  Many upset fanboys took to the internet to throw negative Captain Marvel reviews anywhere they could.  Somehow, wanting to diversify the press tour translated to “she hates white men” and they are melting down.  A little later in the interview she even specifically said “Am I saying I hate white dudes? No, I’m not.”  But that didn’t make a difference.  People are going to read into it what they want and rage away on the Internet.  Because misogyny.

Larson has even gone on to clarify her comments even further:

But of course the angry fanboys are still not pleased. Again, because misogyny.

But that doesn’t really matter because real Captain Marvel reviews and box office sales are overwhelmingly positive.  Captain Marvel has already outpaced Wonder Woman with presale tickets (I got mine the day they released.  Did you?).  Journalists who have already seen the film are also posting positively about it now that the social media embargo is lifted.  Day one ticket sales are in the top three for any MCU film and still selling strongly.  The film is projected to earn $100 million opening weekend alone.  It could even reach a billion this year.

So this film isn’t failing at all. Not by a long shot.  Critics love it.  Fans are excited.  Tons of people are buying tickets weeks in advance.  The only people upset are whiny fanboys who are angry about the very thought of diversity.  And honestly, I have zero sympathy for them.  Tough luck, guys.