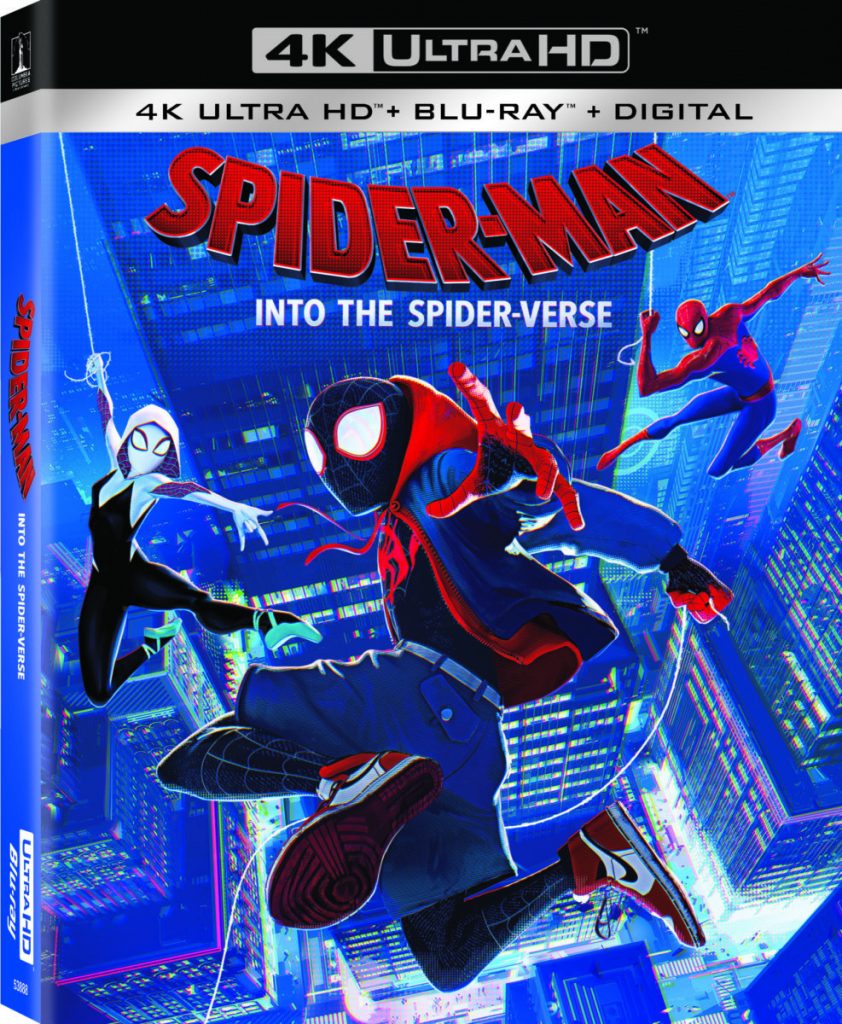 Fans of the highly-enjoyable Spider-Man: Into the Spider-Verse will be able to own the animated movie on Digital come February 26, 2019, and on 4K Ultra HD Combo Pack, Blu-ray Combo Pack, and DVD on March 19, 2019!

Released in US theatres on December 14, 2019, Spider-Man: Into the Spider-Verse was quickly described as one of the best comic book movies ever made. After winning the Best Animated Feature Film categories at this year’s Golden Globes and Critic’s Choice ceremonies, it is also the favorite to win the Academy Award (Best Animated Feature Film) on February 24, 2019.

Spider-Man: Into the Spider-Verse introduces Brooklyn teen Miles Morales, and the limitless possibilities of the Spider-Verse, where more than one can wear the iconic mask.

“One of the most rewarding experiences in recent months has been to hear that children are telling their parents that they see themselves in Miles, or that they want to grow up to be like Spider-Gwen, anyone can be a hero. That’s why we made this film, and we hope that feeling of empowerment is something that both audiences young and old can take away,” say Directors Bob Persichetti, Peter Ramsey, and Rodney Rothman.

Spider-Man: Into the Spider-Verse has been directed by Bob Persichetti, Peter Ramsey and Rodney Rothman, and screenplay by Phil Lord and Rodney Rothman from a story by Lord. The film has been produced by Avi Arad, Amy Pascal, Phil Lord, Christopher Miller, and Christina Steinberg. The executive producers are the late Stan Lee, Brian Michael Bendis, and Will Allegra.

This animated offering has a run time of approximately 117 minutes and is rated PG for frenetic sequences of animated action violence, thematic elements, and mild language.

It has grossed more than $350 million at the worldwide box office.