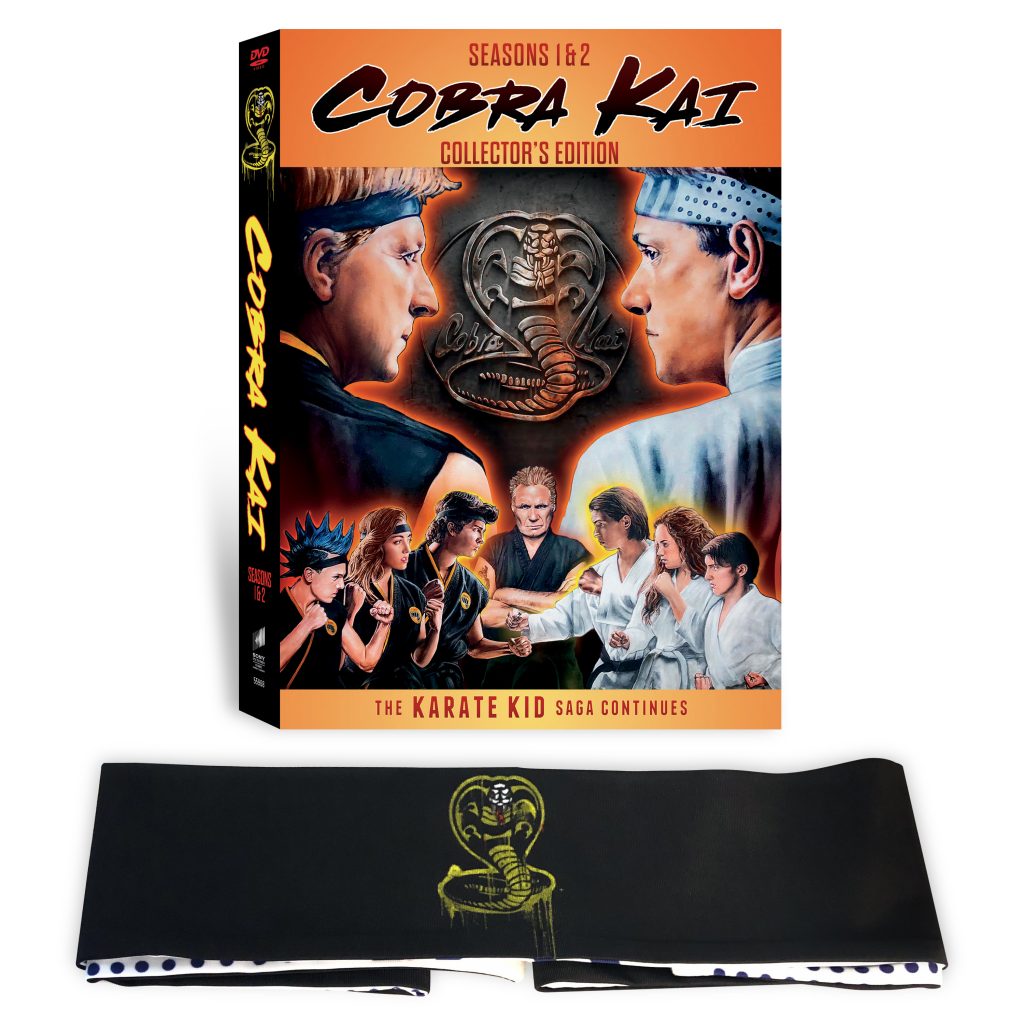 Cobra Kai continues to be a success for YouTube Premium. The web-series has already been renewed for a third season and fans can look forward to owning the first and second seasons of the show when a Limited Edition Collector’s DVD is released come November 12, 2019. It includes a double-sided headband.

The show debuted on YouTube Premium on May 2, 2018. It’s based on the iconic The Karate Kid film series and boasts some cool action, comedy, and drama.

In “COBRA KAI,” the highly-anticipated return of two iconic characters, the arch-rivals from the legendary THE KARATE KID film series reunite over 30 years after the events of the 1984 All Valley Karate Tournament. Now living in the affluent hills of Encino, Daniel LaRusso (Ralph Macchio) leads an enviable life. Meanwhile, his high school adversary, Johnny Lawrence (William Zabka), has taken a rocky turn, but seeks redemption by reopening the infamous Cobra Kai karate dojo. Their lives inevitably become intertwined and the rivalry is reignited, setting forth the next generation of “karate kids.”

Both seasons have 10 episodes each. So, that’s a total of 20 episodes for you to enjoy.

The series also introduced a bit of queer representation in the second season.

The show’s season two will also be available on Digital on November 12, 2019.