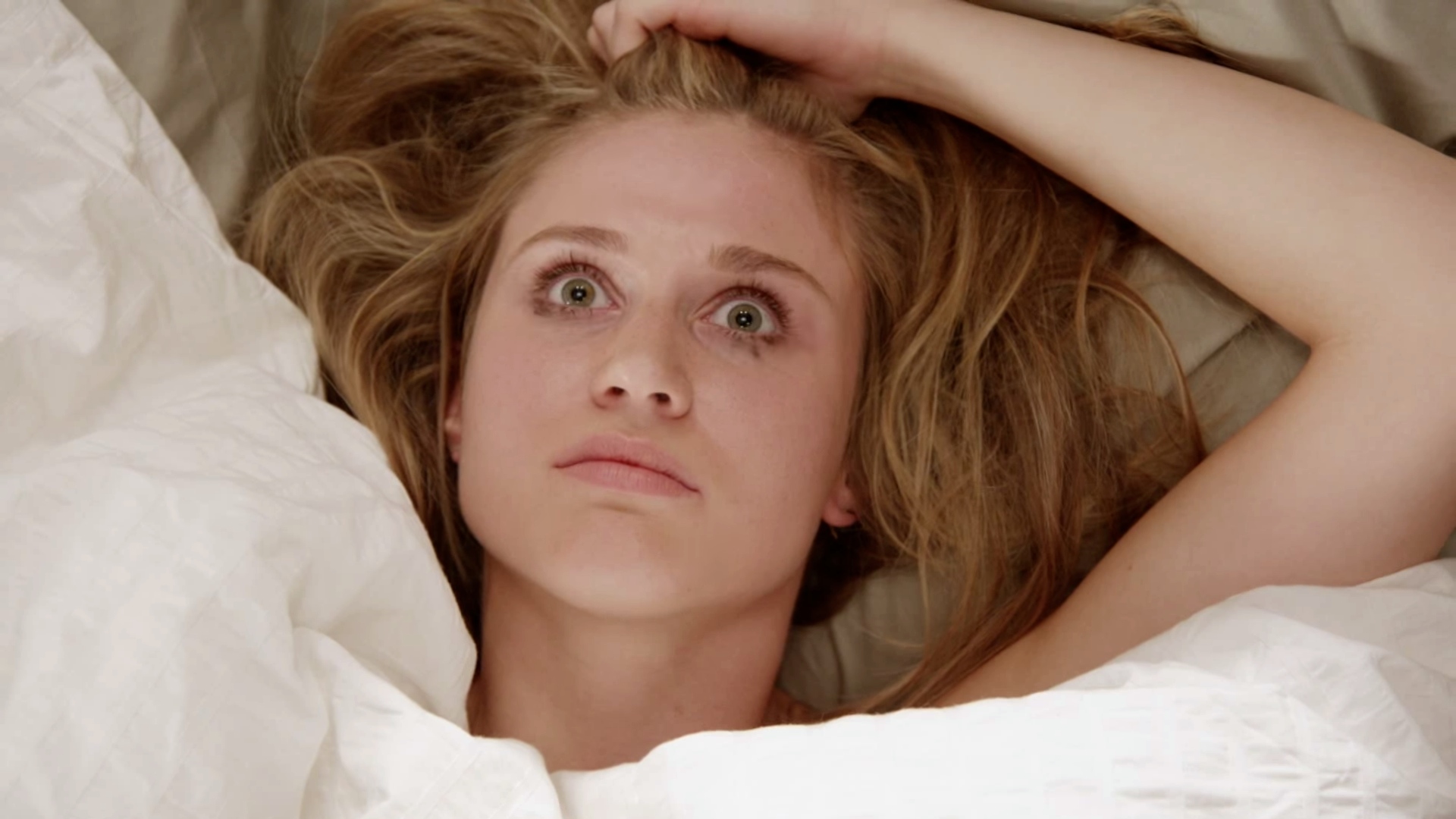 The season 1 finale of Faking It ended with most of the secrets coming out of the closet, literally in some cases. Both Amy (Rita Volk) and the lovely Lauren (Bailey De Young) told their significant others something they had been hiding, and both of them ended up with their heart broken. Naturally this leads us a whole bunch of new secrets for Season 2, and it looks like it’s going to be a wild ride. As was the case during Season 1, this episode left me with a smile on my face and a bad taste in my mouth because I’m not 100% sure I should love this show.

Amy and Liam (Gregg Sulkin) wake up from their heartbreak-fueled, alcohol lubricated one night stand filled with regret and the hangover from hell. Karma (Katie Stevens) bursts into the room to make amends with her best friend/soulmate/love of her life (don’t try me MTV) and almost sees a very naked Liam. Amy’s mom, Farrah does see a very naked Liam making a get away and excitedly assumes that Amy is straight now. Outside Shane (Michael Willett) and Pablo are being adorable gays in love but Lauren is having none of it. Pablo tells Shane to make amends with Lauren for outing her mysterious pill habit, which, because it’s Lauren, doesn’t involve so much an apology as a felony.

Amy goes out to grab the morning after pill because she had unprotected sex, and sometimes this show is a bless because they are actively acknowledging it. Karma followed Amy, of course, but their heart-to-heart is interrupted by Liam who may or may not be there for the morning after pill as well (I’ve read enough Mpreg to know it’s better to be safe than sorry). Karma and Liam decide it’s probably better to stay away from each other, which is of course too good to be true. Then Shane calls Liam to help carry is kidnap victim – Lauren’s ex-boyfriend Tommy and they head into Amy’s garage to take some incriminating blackmail photos. 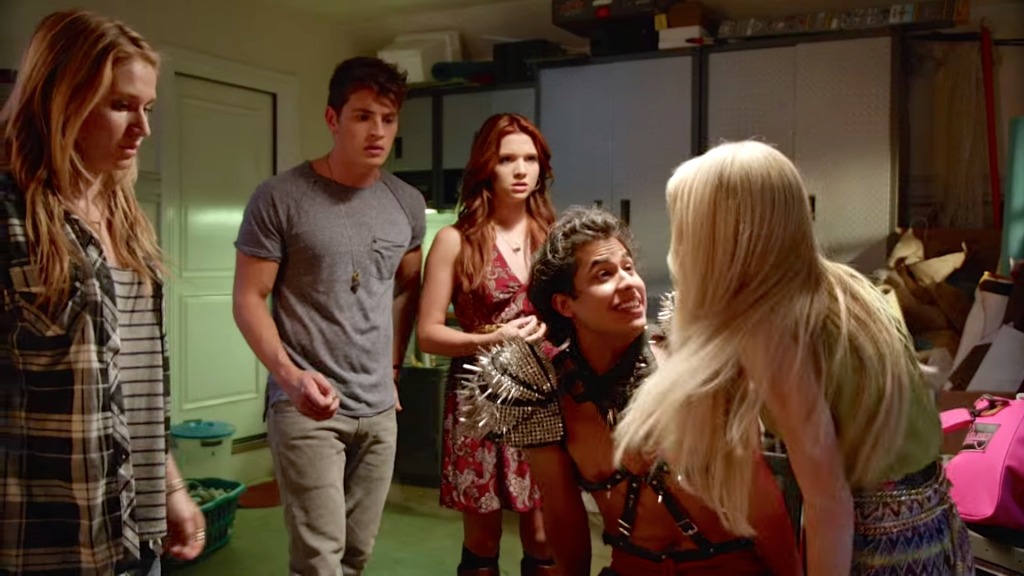 Liam wants to tell Karma the truth because secrets are bad, but Amy tells him to get his knickers straight because she is not letting him take away her best friend/future lover. Then Karma takes her mother’s advice (big romantic gestures not starting burning man) and serenades Amy through her window… as platonic friends do. She’s a little surprised to see Liam with Amy, but there’s no time for her to consider the implications because Amy’s mom comes home to the bondage scene. But she’s totally cool with it as long as Amy’s sleeping with guys not girls. Ouch.

Karma and Liam have a heart-to-heart (urgh) and then Lauren’s secret comes out. It’s not, as Tommy says, that she’s a dude. But that she was born intersex. The pills she’s taking are hormone replacements. She runs off crying, and because they’re good friends the rest of the gang continue on with the blackmail anyway. Later Lauren and Shane have a fabulously in character motivational chat (it made me tear up a little). Finall,y Amy tells Karma that all these big romantic gestures are actually breaking her heart because Karma doesn’t love Amy the way she wants her too (or so she thinks). 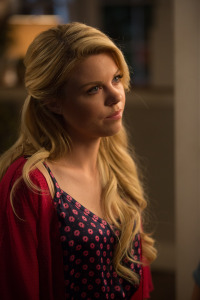 Lets all just take a moment to congratulate MTV on including an intersex character – especially the way that this revelation didn’t alter Lauren’s character in anyway. In fact it actually enhanced it. Lauren’s obsession with traditional values – particularly gender roles – makes so much sense now. And although this revelation adds depth to her character, it doesn’t soften her harsh exterior. I really loved the exchange between Lauren and Shane, because while he’s supportive saying; “I don’t think there’s anything humiliating about what you told us, but clearly you do.” They are both still basically bond villains, so they will continue to be incredibly cruel to each other and everyone around them (and I will love every minute of it).

Also kudos to MTV for including a bunch of information about intersex people along with this revelation. The blog Lauren uses to vent is a real blog – the Official Social Media accounts all linked to the FAQ page, which is full of information for everyone asking the same question as Amy: “So umm… what is intersex?”.

This show might be so white that it’s blinding (because for some reason they can’t have both racial diversity AND queer representation at the same time), it definitely things that bisexually is a dirty word, and there’s that whole lesbian to get the guy thing that’s not great (queer women are not just here for the male gaze), but when it gets it right, it’s pretty spectacularly spot on. Like the fact that Liam and Amy have an actually honest to goodness conversation about STI’s and getting tested because having unprotected sex has consequences, which a lot of other teen shows seem to forget (unless they want to get a girl pregnant).

Also there was far to much Liam in this episode, and I don’t just mean the nudity. I don’t really think that he has a leg to stand on because, as Karma so eloquently put it, he did only notice her because she was a lesbian. I get that Karma likes him, and if this show actually genuinely decided to develop this triangle as Karma’s bisexual awaking – complete with the use of the word. None of this “I’m only gay for you” crap, because, come on, what kind of 100% girl serenades her queer best friend because she’s afraid of losing her. She’s got feelings and I REALLY hope this season addresses them rather just another round of Karma and Liam’s Romeo and Juliet hidden romance.

The best line of the episode goes to Lauren, of course, because she is still the funniest character on this show: “Old people love me; I share their values.” I love her, okay?

So what did you think of Faking It’s return to TV?

32% complete
$150 a month would cover all of The Geekiary's basic needs - website hosting and security, minimal advertising, our SEO application, etc.

If we meet this $150/month goal, we will do a second webcast in addition to the monthly webcast FEELINGS... With The Geekiary. This webcast will feature at least one of our admins, one of our regular FEELINGS hosts, and possible guest hosts.  This interactive episode will focus on content YOU suggest and use social media to drive the conversation.