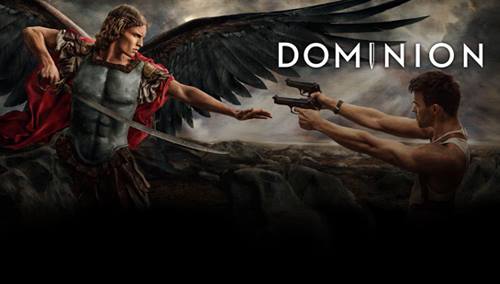 SyFy Channel, which has seen an uptick lately in original programming, has renewed Defiance for a third season and Dominion for a second season. As reported in Entertainment Weekly, both received a 13-episode order, to air in 2015. Dominion’s freshman season consisted of eight episodes, including a 90-minute season finale, so the bump up to a 13-episode season should make fans happy.

Set in the future in a frontier town that was once St. Louis, Defiance depicts the personal and political conflicts that arise as humans and aliens struggle to live together and survive after an alien war that transformed earth. Dominion, based on the film Legion (2010), is also post-apocalyptic in flavor and explores what 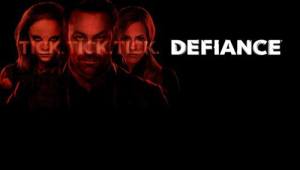 happens when God is absent, and humans, helped by the archangel Michael, fend off the higher angels attempting to overthrow humanity.

According to TV by the Numbers, Dominion and Defiance each average 2.7 million viewers, with 1.2 million in the 18-49 demo. Both have energetic, engaged fandoms that is active on social media. Defiance also ties in with a third-person shooter game featuring the same complex world-building as the show.

Defiance and Dominion are owned by Universal Cable Productions, rather than being a show SyFy Channel imported.

Are you fans of these two shows? Let us know what you’re looking forward to in these shows’ next seasons below!

One thought on “SyFy Channel Renews Dominion and Defiance”