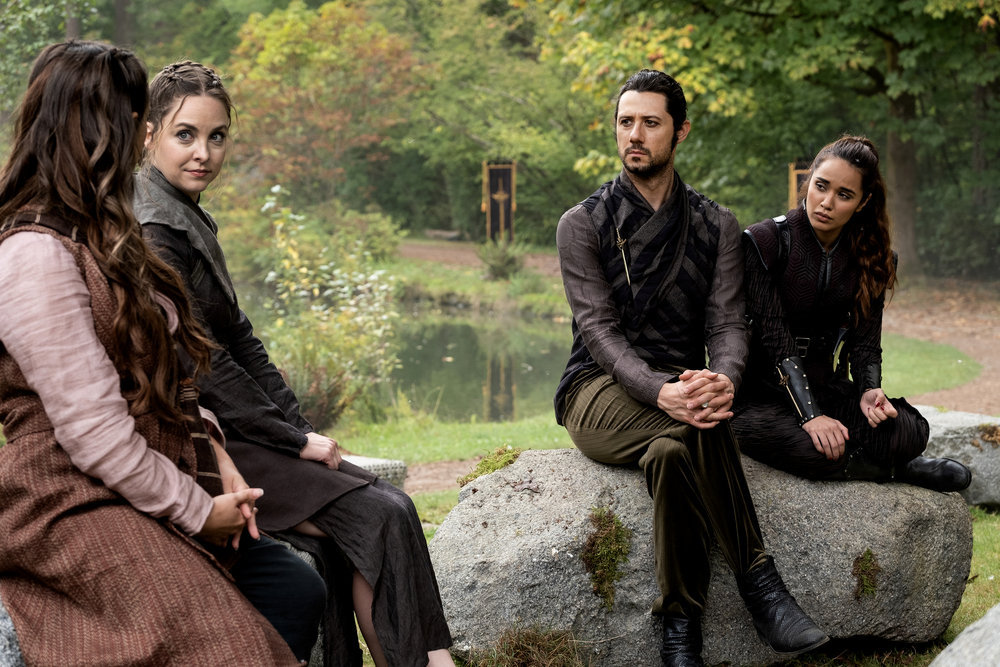 This episode of The Magicians finally did something that I have been waiting for this series to do for the longest time—body swapping. Personally, I feel that if any show on television could get away with something like a body-swapping episode, it would definitely be The Magicians. And I have to admit that ‘Garden Variety Homicide’ didn’t disappoint when tackling the trope.

Last week’s episode was a bit of a dud, but that episode’s ending marked a turning point for one of the underlying mysteries that the show has focused on since the season five premiere. And as it was revealed, the Dark King is actually more malicious that he initially let on. He is seemingly the one in charge of the Takers, the creepy forest-dwelling monsters that kill and steal what you value the most.

Due to the severity of the situation, it becomes top priority for those that reside within Fillory to kill the King. Eliot, Margo, Josh, and Fen are joined by Julia in this episode—which makes sense, considering the apocalyptic threat on Earth is done and over with; meanwhile Fillory is the next best world in danger.

While Julia, Margo, Fen, and Josh are totally ready to overthrow the Dark King by killing him, Eliot can’t bring himself to actually do it. As we’ve seen in past episodes this season, Eliot and the Dark King have developed somewhat of a fling. Eliot definitely has feelings for him and, despite the show playing the Dark King as a villain, he is definitely more complicated than he seems. His feelings for Eliot seem genuine as well.

Now, I love this story because I love Eliot. However, I think that The Magicians is walking a very fine line by deciding to tackle this kind of plot-line when it echoes a potentially problematic flaw in The Magicians’ writing for gay characters. A gay character that is evil and needs to get killed off? Eliot’s gay love-life being a tragic mess? It’s happened before.

If you don’t already know, Eliot fell in love with a man named Mike back in season one. However, it was eventually revealed that Mike was possessed by the Beast and ended up getting killed off (by Eliot). And then season 4 rolled around. Eliot finally expressed his romantic love for Quentin, only for Quentin to get killed off, much to the anger of the Queliot fandom.

What’s the problem? Well, we’re in season 5 and Eliot’s newest “love interest” is a huge threat that needs to get killed off. And while the Dark King does die this episode, only to dramatically come back to life as the episode’s cliffhanger closing shot, I can see fans getting angry over the fact that yet again Eliot is getting the short end of the stick. 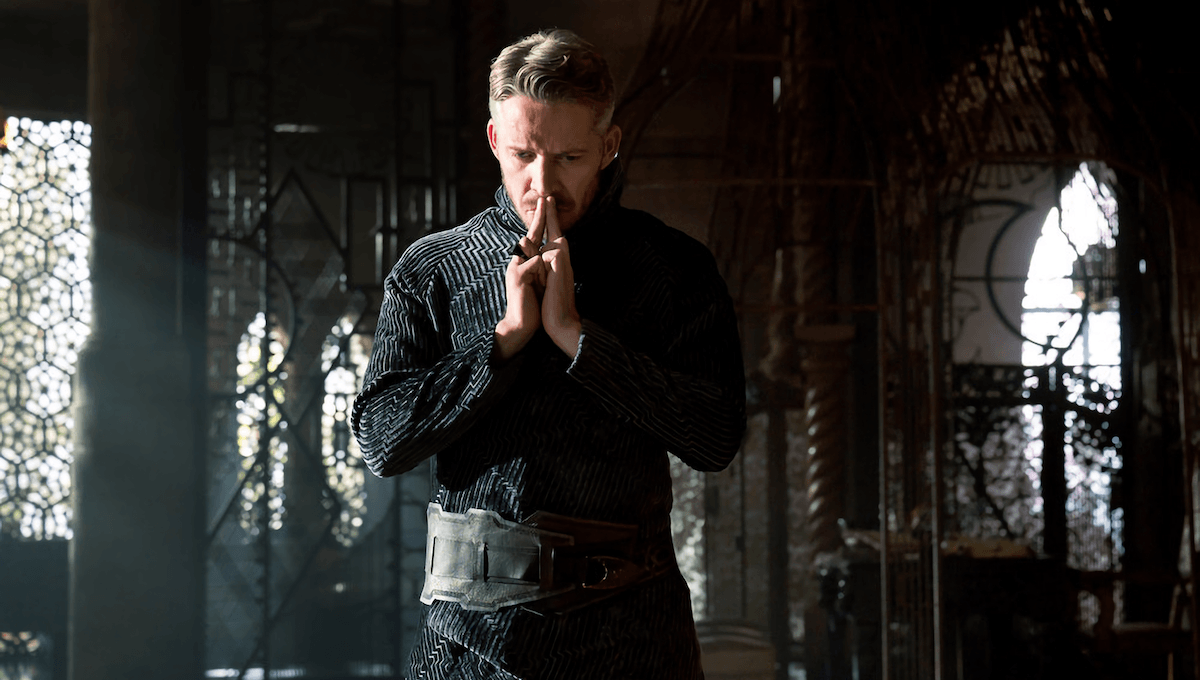 Personally, it doesn’t make me mad. It seems as though the Dark King isn’t as evil as the rest of the characters are meant to believe. I think he’s hiding vulnerable secrets that might explain his actions and possibly redeem him in later episodes. At the same time, I don’t think that The Magicians only targets gay relationships with this kind of drama. Just about every relationship in this show (heterosexual, as well) ends in tragedy.

But nonetheless, since Eliot cannot bear to kill the Dark King, he and switches bodies with Margo so that she can get close enough to the King to do the job herself. For me, this was my favorite part of the episode. As I’ve mentioned before, I’ve been waiting for the show to do body-swapping, and there are no better characters to switch bodies than my own personal favorites, Margo and Eliot.

It’s always funny to watch actors attempt to impersonate their fellow co-stars and I think that Summer and Hale did a fantastic job with playing each other’s characters. At the same time, it was interesting to watch Eliot and Margo encounter one another’s personal relationship issues—Eliot/Dark King and Margo/Josh.

But while everybody in Fillory tackles the problem with the Dark King, Alice and Penny-23 encounter problems of their own back on Earth at Brakebills. Since the Moon apocalypse is finished, Alice has switched up her focus to figuring out the research notes that Quentin left behind before he sacrificed himself. As the notes indicate, there’s some kind of big magical plant out there in the multiverse.

As it turns out, Quentin’s research is a the pathway to finding a “world seed” that is so powerful it can grow anything, even a whole new world. And naturally, there are outside forces chomping at the bit to get their hands on that kind of power…because what is Brakebills without a new threat bombarding the campus?

The first “outside force” that wants Quentin’s old research is some kind of magical fungal spore that breaks into Brakebills. It manages to take over human consciousness and spreads by hopping back and forth to different Brakebills students, eventually getting to Penny-23. However, Alice and Hamish (the new student from last week that may or may not become Alice’s new love interest) manage to outsmart the spores, by making it possess too many different hosts, thus saving the day. The only problem is that I totally see this decision coming back to bite them.

“Garden Variety Homicide” is a major step up from what I considered to be a lackluster lull last week. It seems like it regained its footing and I’m super interested to see how these new plot developments take shape in the coming episodes. I personally feel like everybody has the Dark King all wrong and that he’ll eventually become some kind of ally to fight against an ultimate threat in Fillory.

I’m also interested about Quentin’s left behind research. One of the questions posed in tonight’s episode was about why Quentin even had research about something so powerful. I want to know why, too. The only problem is that because Quentin is no longer on the show, the answer to that question will most likely just be handed to us, since Quentin won’t be able to explain himself.

Another plot piece for this new episode that has me slightly interested, but also slightly worried, is the revelation that Julia is pregnant. Now, in case you didn’t know, Stella Maeve (Julia) was pregnant during the entirety of filming for season five. She made note of this on her Twitter a couple weeks ago. So, it’s interesting that The Magicians’ writers have decided to write the real life pregnancy into the show. I’m hoping that it’s done well and adds something rather than subtracts.