Given Movie Coming May 16 to Japan! 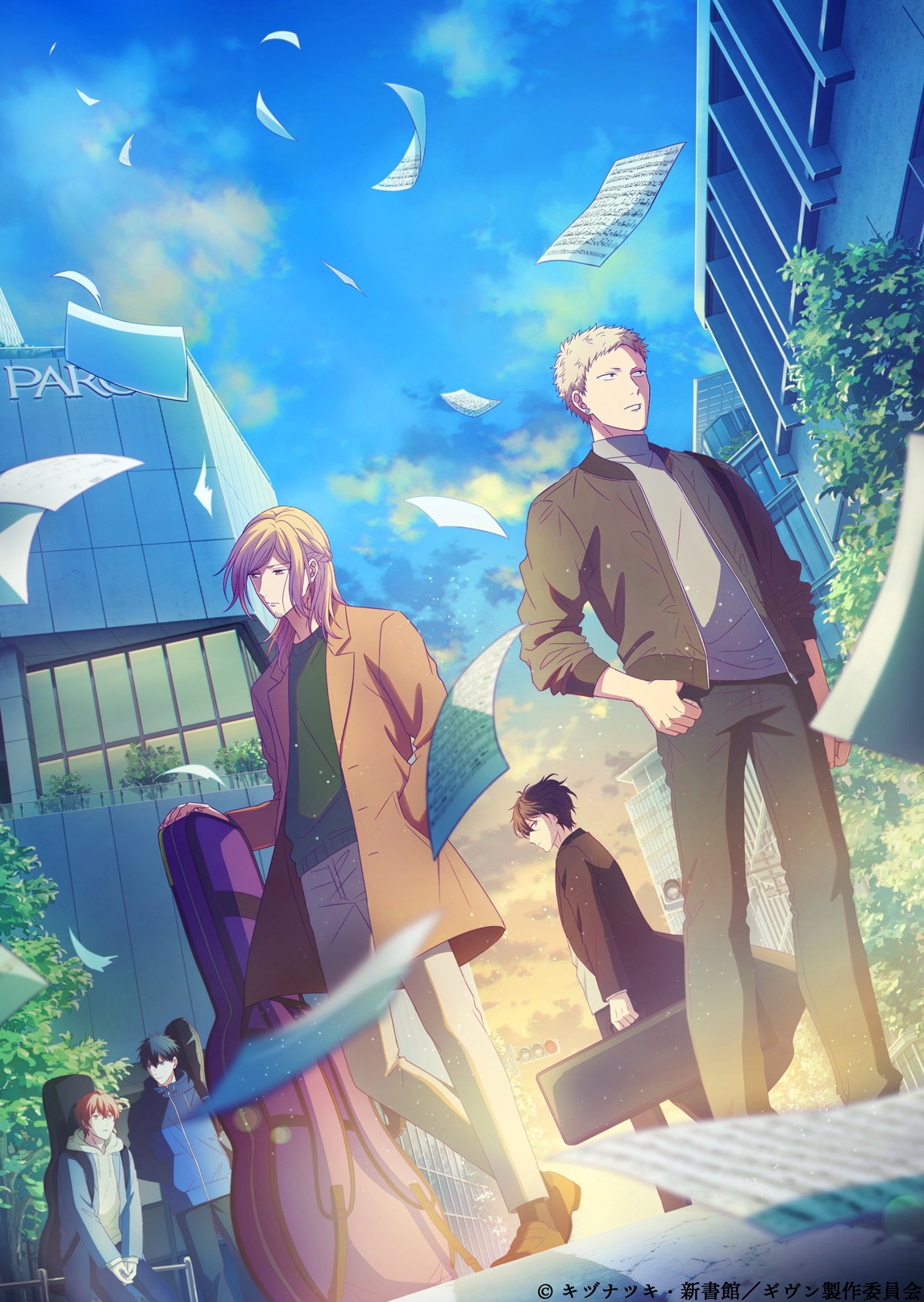 The Given movie has a teaser trailer and release date! The popular BL anime’s film follow up is coming May 16th to Japan.

The Given movie appears to follow the next story in the manga, which will focus on Haruki and Akihiko.  Tickets are on sale here.

No word on when the film will come out abroad, but as is the case with most anime films, we’ll probably need to wait a few months.  The good news is that the anime so far has followed the manga incredibly faithfully, so go check that out.

We absolutely love Given here at the Geekiary.  If you haven’t had a chance to watch it and you like the BL genre, you should go watch the first season over on Crunchyroll.  I recently included it on my list of favorite queer anime titles, so go check out my recommendation!

Given follows the four members of a rock band. The first season and most of the manga focuses on Ritsuka, a highly gifted guitarist who has lost his spark for music, and Mafuyu, a boy with a natural gift for singing who helps light Ritsuka’s passion for playing once more. As stated, the film will focus on the two other band members who have their own complicated relationship, as well as a character named Ugetsu whom we primarily know as Akihiko’s ‘roommate’ (and something more, in an incredibly messy way).

Meanwhile in other LGBTQ+ anime news, we are all still patiently waiting for the Yuri on Ice movie to release more news.  But we have a lot of other stuff, including Given and the Given movie, to tide us over.

It’s a great time to be a fan of LGTBQ+ anime and manga. We are blessed with many high quality stories appealing to many different genres. Let us know some of your favorite titles below!