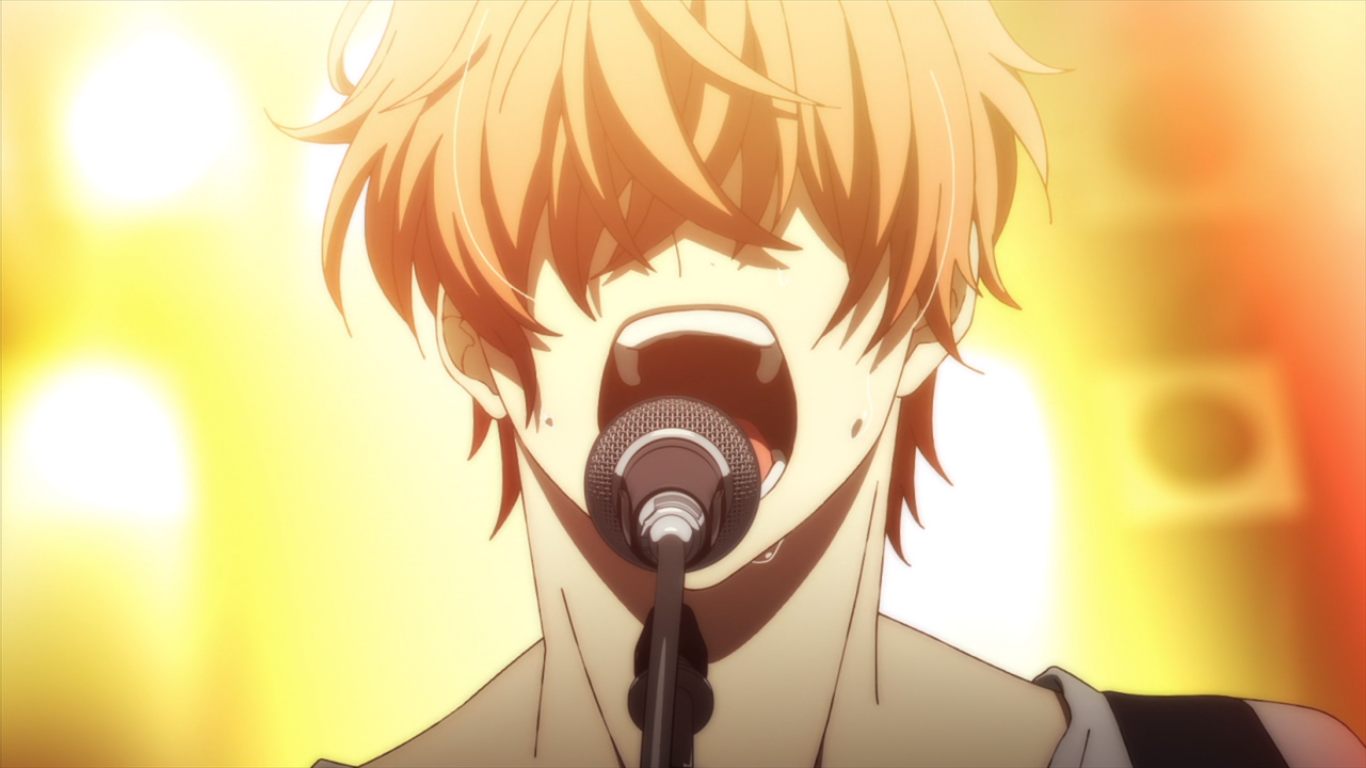 When they didn’t show a preview for this episode last week, I knew it was going to be a great episode. “A Winter Story” packed so much emotion and just so much into 22 minutes that you have to wonder how that was able to fit in such a short amount of time.

Two major things happened in “A Winter Story,” and both of them are pretty important to the overall plot. It’s hard to decide which one to talk about first, so I’m just going to discuss them in the order in which they happened. So to start things off: Mafuyu sang! The manga didn’t have any lyrics for the song he just busted out with, so I was really excited to see this performance animated. Many kudos to Shougo Yano, who did a phenomenal job with the vocals. You could hear the emotion in Mafuyu’s voice when he was singing (which is not as easy as you would think), but also his monologue was very impactful as well.

I like that they kept you in suspense right up until the moment Mafuyu just started singing. The reactions from the rest of the band were priceless! And I love how after the performance everyone commented that he was not that great at guitar but didn’t seem to care because he was such a good singer. I just found that funny. 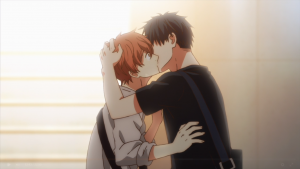 And the peasants rejoiced.

But also there was kind of this little thing that happened… You know, Ritsuka and Mafuyu finally kissed, and it was glorious! I honestly didn’t think we would get the kiss this quickly, so now I’m not sure where they’re going to end the story (I have some theories, and I hope I’m right), but I’m glad that we still have a couple of episodes to deal with the aftermath. You’ll notice that Ritsuka seemed to kiss Mafuyu on autopilot; I don’t even think he was really aware that he was doing it. He was caught up in the moment – the emotion of Mafuyu’s song and performance and the pride he surely must feel at how far Mafuyu has come in such a short time – and he just went ahead and kissed him. Mafuyu’s reaction was everything.

Also, I’m pretty sure you can pinpoint the exact moment Mafuyu realizes he’s in love with Ritsuka. That said, the glimpses we got of his relationship with Yuki were beautiful – especially that after-credits scene where you could see how good they were together. But we also finally learn why Mafuyu feels guilt about Yuki’s death (“Then would you die for me?”) and honestly that’s enough to knock anyone out.

Surprisingly, other characters exist on this show! Yes, “A Winter Story” was primarily about Ritsuka and Mafuyu (and Mafuyu and Yuki), but we did have a nice little scene with Akihiko and Haruki. Since I believe we’re only getting 11 episodes, we won’t get to the meat of their relationship, which is a shame; scenes like this give us a hint of what is coming and I’m glad they chose to put those scenes in, even if we don’t get that far in the anime. It helps the show feel more genuine because these characters exist outside their relation to the main pairing.

I think the animation suffered a bit during this episode, mostly during the band’s performance. The regular shots of the members were fine, but the forward wide shot of all of them on stage looked like it came right from a bootleg version of Guitar Hero or something. It just didn’t look very good; it looked like a completely different style and it didn’t mesh well with the rest of the episode.

There are only two episodes left, and I don’t want this series to end! This is such a well-done romance; I’m loving every second of it.

Previous:Trailer Released for Amazon Prime Original’s Spy Comedy/Thriller “The Family Man”
Next: Fight to Rule Hell When “DemonsAreCrazy” Launches Next Week on Steam!