Fight to Rule Hell When “DemonsAreCrazy” Launches Next Week on Steam! 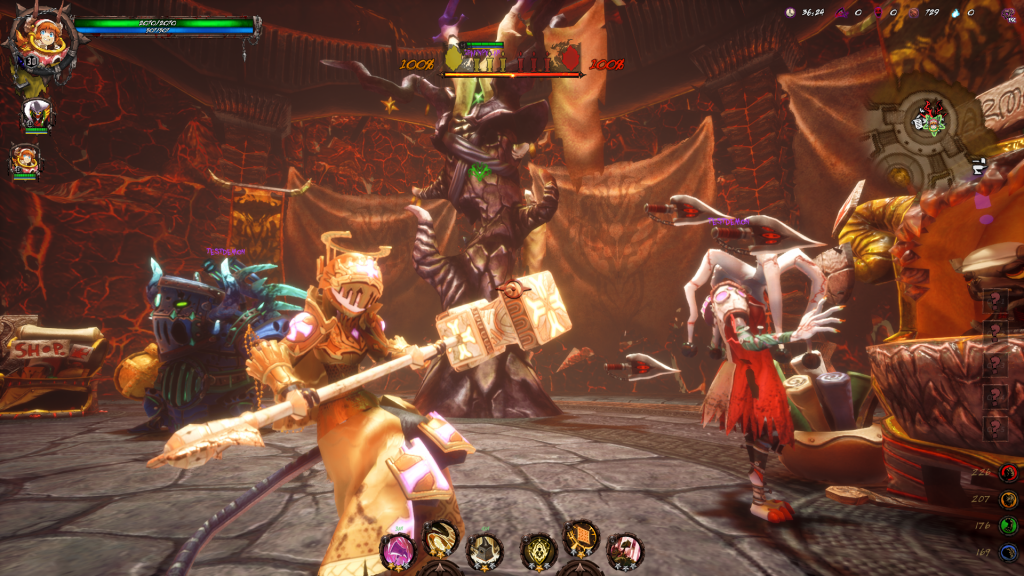 DemonsAreCrazy has been described as “a new take on MOBAs featuring a stunning rendition of Hell, multiple gameplay styles, and 18 demons to choose from.” The game will launch on Steam come September 12, 2019.

I mean, who doesn’t want to rule Hell after Satan disappears, right? The premise for DemonsAreCrazy sounds very interesting. The graphics look impressively cool, too, for an indie game.

Kill mobs and defeat horrific bosses – along with the Seven Deadly Sins and other monstrosities – in order to earn enough votes to become Hell’s next Satan. Customize your character’s skills, craft magical items and weapons, and dive head-first into boss-hunts and quests with your friends to become Hell’s one and only ruler.

The upcoming game seems to be offering something for everyone.

The specific type of demon associated with each genre defines how the player attacks in the many arenas found in the game.

Take note, different demons also offer distinct perspectives. I do think players will experience a lot of replayability because of such gameplay.

Once you’ve selected your character, you can customize powers and abilities (like an RPG).

The underworld has been ruled by Satan for eons – but one day, Lord Satan goes AWOL and is immediately presumed dead by his demonic cadre. Lord Judge (his second in command) then decides that the underworld now must hold its first-ever free elections to choose a new leader … a new Satan!

In this hellish election, whoever commits the most outrageous, destructive offenses wins (a little like the real world)! Only the biggest, baddest demon will rise through the ranks … and win the day.

DemonsAreCrazy will exit Steam Early Access and launch as a full Steam game on Thursday, September 12, 2019.

What’s awesome is that this game is free to download and play. It includes in-game purchases and downloadable content.

As for the developer, founded in 2007, Bigbug Studio is “one of the leading game studios in Thailand. With a small team of dedicated developers, Bigbug strives to deliver excellence in design, graphics, audio, and gameplay to gamers in their home country and beyond. DemonsAreCrazy is Bigbug Studios sophomore title – the followup to the hugely successful 12 Tails Online.”

Are you ready to become the next Satan? Let us know.

Previous:Given 1×09 Review: “A Winter Story”
Next: The Powerpuff Girls are Badass and The Guardian is Wrong