The Magicians Episode 5×01 Review: “Do Something Crazy” 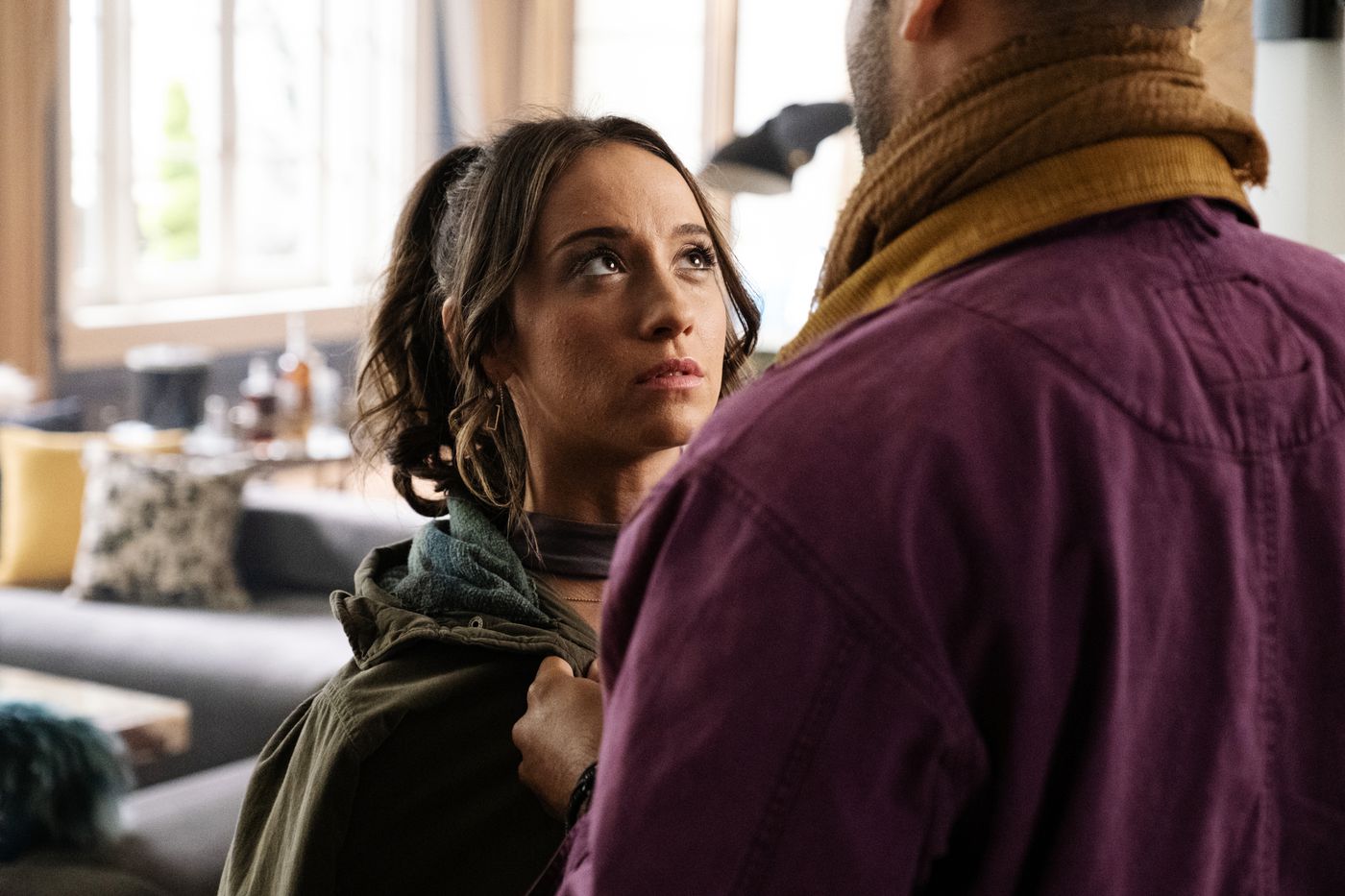 The Magicians has returned with its season five premiere, titled ‘Do Something Crazy,’ and now there are even more problems for our favorite magicians to face!

This season premiere, ‘Do Something Crazy,’ was going to be an interesting one no matter what. Honestly, The Magicians almost always manages to bring with it a good balance of outlandish elements of storybook fantasy and striking humor, so I wasn’t really worried about all of that stuff. However, I was worried to see if the show would be able to operate on the same level of energy without the character of Quentin Coldwater.

Even though Quentin is dead, the reality of the situation hasn’t yet set in. It still feels like he’s “dead” in the sense that he’s the main character of the show, so he’s not really dead. And yet, we know for a fact that Jason Ralph left the show.

So, either this is all some kind of elaborate trick, or it really is hard to believe that the one character many considered to be the series’ lead is gone forever. Luckily, I think the audience is on the same page as a majority of the characters from the show, so at least we don’t have to feel alone in that regard.

Now, I usually find a major character death on a TV show to be somewhat of a deal-breaker. For some people, the fact that Quentin was killed off in such a shocking way was already a deal-breaker for them. But for me, death is usually a problem for me because it ends up throwing all of the other characters’ story-arcs into downward spirals that feel helpless, groggy, and lifeless for episode after grueling episode. Things feel stagnated. And yet, this episode didn’t seem like it was going to do that with the characters. Instead, they seem like they’re going to do what they normally do in hard times—go on adventures and create magical mayhem.

Personally, Julia’s story seems like it’s going to be the most entertaining. Quentin’s death has apparently brought upon the apocalypse and now there’s a new quest available to help stop it. Technically, Julia isn’t supposed to be the one going on this quest because according to an actual sexist pig from Fillory, women can’t do quests.

But I’m so excited about this because season 3 was my personal favorite of The Magicians and that season was all about a magical quest. I’m excited to see what Julia will do and how she will be able to tackle this challenge by herself.

Another storyline I’m excited to see play out deals with what’s happening to Alice. Right now, she’s clearly depressed since she’s lost Quentin. But she seems more like she’s stuck, not knowing where to go or what to do now that Quentin is gone. I think that’s kind of a stupid trope, but during the whole episode, you get the sense gears are spinning inside of Alice’s head and she’s about to do something really crazy. And for the episode’s cliffhanger ending, she manages to create a living clay golem of Quentin.

I don’t know how this is going to work, but I’m excited about it. We know they’re not bringing Jason Ralph back to play Quentin and right now the clay golem just looks like some kind of humanoid-shaped blob of clay. However, we all remember the “Margolem” from the first few seasons, so we know that golems can take on actual human appearances.

Personally, I’m excited because I think the show can take a real funny approach with this. Maybe they could cast an actor who kinda looks like Quentin to play the golem and joke with that. Maybe the golem will become a new running gag through this season like the “Margolem” or Todd. Who knows? I’m excited either way!

Now, even though I enjoyed the premiere, there are still some storylines I’m not necessarily that interested in. For instance, Eliot and Margo are trapped in Fillory, 300 years in the future, and now they have to figure out how to get back to their time to save Fen and Josh from execution.

And while I’m screaming with joy over the fact that we finally get to have more of the iconic Margo/Eliot dynamic on-screen again, it seems like this storyline is headed towards a “let’s-overthrow-the-current-evil-ruler-of-Fillory,” which seems somewhat reminiscent of when they had to kick the Fairies out of the castle in season 3. I just hope they find a way to do something completely different with this.

There’s also the whole continuing story with the hedge-witches, Kady, and Pete. I think my main problem with this story is that I just don’t really care about the hedge-witches, not because they’re not cool, but because I really don’t know any of them besides Kady, Pete, and Marina.

The show keeps pushing this idea that the hedges are oppressed and in danger of dying all thanks to The Library, but they’re all faceless, nameless figures in the distance I have no connection with. The hedges are just a group of people somewhere out there with locked up magical abilities.

And then we have the Penny-23 story. Now, in the premiere, he’s contracted by Dean Fogg to help teach new “travelers” at Brakebills. I’m not going to judge this story arc just yet, because I feel like this one has the most potential to completely shock me in the long run.

It seems as though the sudden emergence of new “travelers” is going to be important somewhere in the future now that the apocalypse is looming overhead. There’s also a new traveler who has a “signal” telepathically blaring inside of her head, which ends up making Penny-23’s powers go momentarily wild. So, I’m going to have to see where this leads, but it’s interesting at the moment.

But what did you guys think about the season 5 premiere (“Do Something Crazy”) of The Magicians? Are you excited to see where this season will lead?

Leave your comments below!