The Magicians 5×02 Review: “The Wrath of the Time Bees” 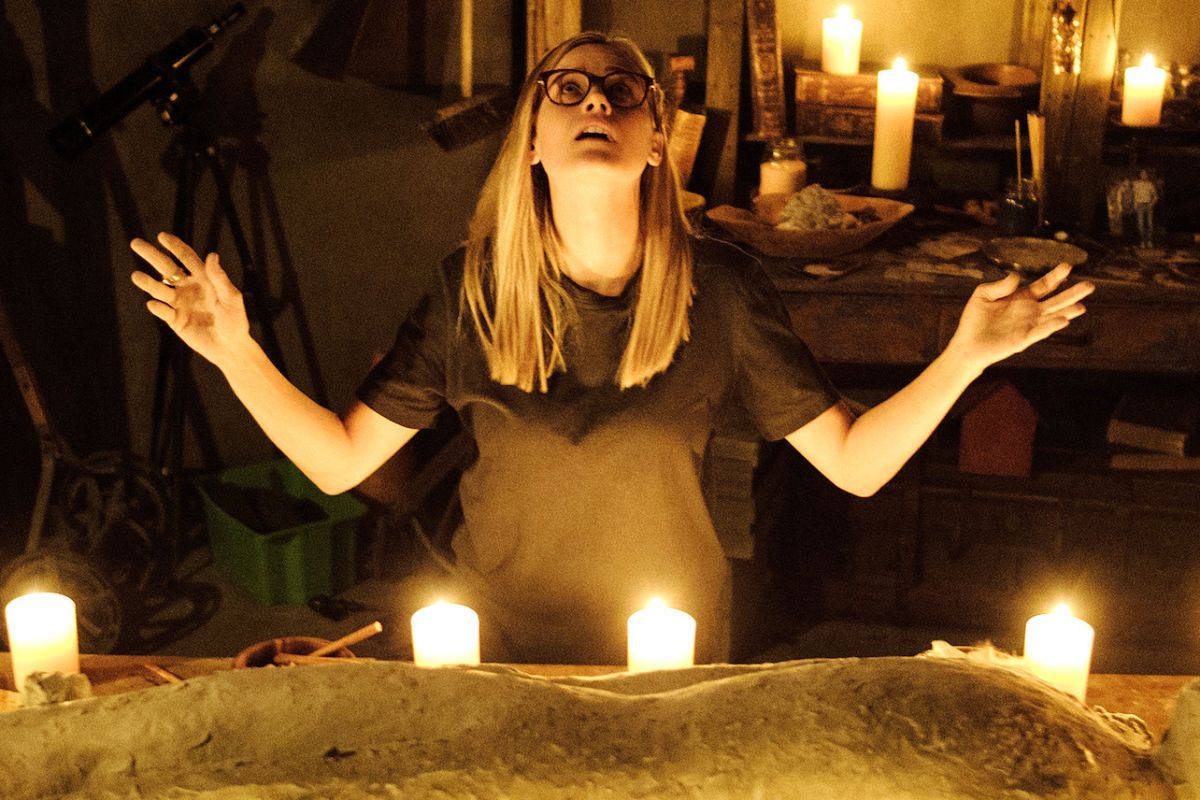 The Magicians’ second episode of its fifth season, “The Wrath of the Time Bees”, is all about the ‘timey wimey’ trouble that you can get into when you try to mess around with the past.

Last week’s season premiere ended with Alice trying to bring Quentin back to life through the means of clay golem magic. And well—it worked. The only problem is that the current version of Quentin that we all know isn’t the one that makes a reappearance in this episode, which was totally expected considering the fact that the actor isn’t with the show anymore. Instead, Alice creates a golem of a 12 year old version of Quentin by summoning a piece of Quentin’s soul from the underworld.

Now, last week I said that the idea of bringing the character of Quentin back onto the screen by some kind of casual mishap of magic clay had the potential of being funny and interesting. It offered the chance to create some kind of season-long running gag. But surprisingly, The Magicians didn’t go that route. Clay golem Quentin was just a one time thing that lasted the entirety of this episode and it was actually heartbreaking, not funny.

In the episode, it’s revealed that the kid version of Quentin can’t go back to the underworld until Alice’s “true” intention for bringing Quentin back is fulfilled. At first she says that it’s because she found some of Quentin’s research from Brakebills that she needed translated, but by the end of the episode, it becomes obvious that she brought Quentin back because she never got to properly say goodbye to him.

I actually liked the way this played out in the episode. Kid Quentin, despite being here for only one episode, provided some pretty heartbreaking scenes for Alice and Julia. Both of them miss Quentin dearly and even though Julia is (rightfully) upset at Alice for creating a golem, she takes the opportunity to share one last moment with her best friend. As for Alice, she actually gets to say goodbye to him before he “dies” for the second time. Or 40th time if you’re counting all of the alternate timelines.

Kady’s story seemed to pick up the pace this episode. Instead of focusing on more hedges dying off, she falls into a fun mystery. As it turns out, somebody hired a “sleeper assassin” (a magician who erases peoples memories) to erase Kady and Pete’s memories. Hands down, Kady entering her memories and fighting off the sleeper assassin was the most action-filled part of the episode and it was so creepily cool. We still don’t know who hired the assassin and why they targeted Kady and Pete. Although, we can guess that it probably has something to do with the two of them poking their noses into places that they don’t belong.

Margo and Eliot’s stories also got a lot more entertaining in this episode. I previously said that while I enjoyed having Margo/Eliot’s relationship back on screen, I found the whole Fillory story to be a bit bland and repetitive. However, Eliot ends up stealing a bunch of “timey” stuff from Jane Chatwin’s Fillorian cabin in an effort to figure out how to save Josh and Fen, despite being stuck 300 years in the future.

One thing that I really enjoyed a lot this episode was Margo. It’s just funny to think about how much she’s changed as a character since season 1. Back then, she operated more like a background character whose real purpose was limited to having sassy remarks and taunting people. But she’s become such a wonderful and intriguing complex character. So much of the choices that she makes are heavy and you can really feel the emotion and panic behind them.

This episode has Margo under the impression that she can only do one thing: love or rule a kingdom. She tries repeatedly to save Josh from his execution in the past, but nothing works out. At one point she accidentally and quite literally summons the wrath of the time bees in Fillory, who teleport back in time and assassinate Josh. But by the end of the episode, Margo chooses to save Fillory instead for once—only to realize that saving Fillory also saves Josh. It was never about choosing one. It was about choosing both, just in the right order.

As for Eliot, he’s in a dark place and it’s upsetting to see. He has closed himself off from everybody, even Margo. The truth is that he hasn’t been able to properly come to terms with Quentin’s death. He visits Jane Chatwin in hopes that she’ll go back in time to save Q, but she refuses. So then Eliot steals some magical postage stamps that will send a letter to anybody, anywhere, any time. He addresses it to Quentin before he ends up sacrificing himself, but the episode closes on a cliffhanger and we don’t know yet if he actually mails it.

The problem that I have with this is that I wonder what the writers are doing. I think that they are trying to show us Eliot working through his pain, but at the same time, it does sting a bit to know that after all of these trials, Eliot will not end up with Quentin. As far as we know, Quentin is not returning. The “baiting” that the show is doing with Quentin returning will start to feel like queerbaiting in the long run if these episodes just keep poking hints at Quentin coming back. And for the fans that felt particularly shut out by Queliot not going canon in Season 4, I can imagine that this isn’t helping close any wounds.