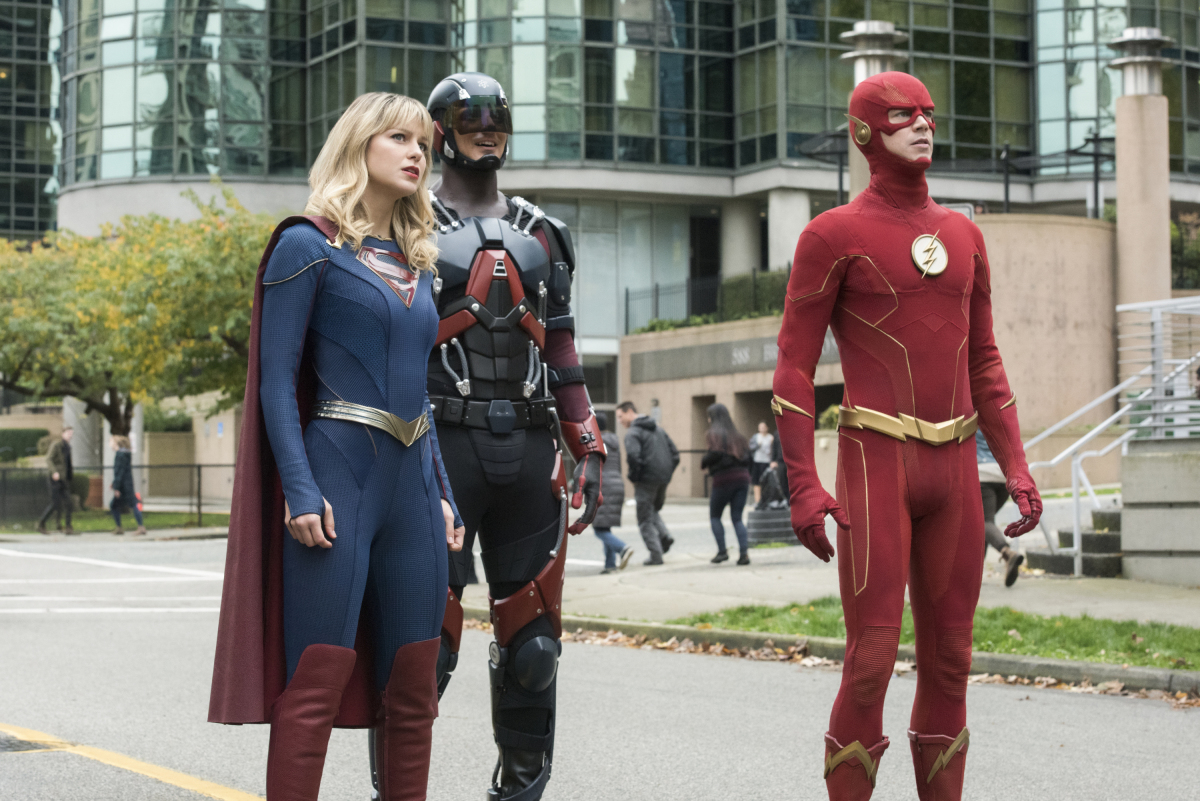 Crisis on Infinite Earths Part 5: Supergirl, Flash, and The Atom fend off against a giant Beebo (Source: The CW, 2020)

The CW’s Crisis on Infinite Earths crossover event comes to its glorious conclusion with its fifth and final episode. And since this is technically the Legends of Tomorrow’s episode, it’s not surprise that its filled with that classic Legends humor!

Part 5 of the Crisis on Infinite Earths crossover begins immediately after the events of part 4. Each of our heroes wake up to find that their collective effort in attempting to birth an entirely new universe was successful. Kara wakes up in her apartment, completely shocked to find that Alex is back. National City is back. Even Lex is back. Yes, Lex Luthor is back to life and he’s receiving a Nobel Peace Prize for his humanitarian efforts, because despite the fact that almost everything seems to be the same as it was left before the crisis, there are some differences in the new universe.

As it turns out, the entirety of the Arrowverse shows (Arrow, The Flash, Black Lightning, Legends of Tomorrow, and Supergirl) all exist on the same singular Earth now, and nobody (all except for the paragons) remember how it originally was. Kara and Barry are the first to find out this news when Weather Witch attacks National City. At first, Kara and Barry are both convinced that one another are mistakenly on each other’s Earths (Earth-38 & Earth-1, respectively) but it’s soon revealed that they all live on the same planet now.

When Sara wakes up in the new world, she is equally as puzzled, but for entirely different reasons. Oliver is still dead. She makes her way to the Arrow bunker where she finds Rene, Dinah, and Diggle crying over the news that Oliver really did sacrifice himself for good this time around and that he isn’t anywhere to be found. But in typical Legends of Tomorrow fashion, sadness is overruled by pure joyous stupidity.

A giant Beebo attacks the city just as Mick is getting down with his book signing and now the team has to team up to stop the newest threat. Unfortunately, the giant Beebo wasn’t the Legends’ doing this time. Instead, it was the work of a throwaway villain, Sargon the Sorcerer, who was foolishly trying to rob a bank. And despite the fact that the whole Beebo showdown was just a quick little battle in the grand scheme of things, it was still enjoyable to see the crossover let the audience know that this was, in fact, a Legends episode.

It’s not soon long after that that the heroes learn that the Anti-Monitor wasn’t actually destroyed in his showdown with “Oliver the Spectre” in part 4. But again, as I noted in my review for part 4, the Anti-Monitor lacks a strong presence. He’s not intimidating. He’s not threatening. Yes, we know that the heroes must defeat him before he destroys the universe again…but he already did that once, the heroes stopped him, and we’re expected to believe that he will succeed with whatever nefarious plan he still holds in the finale of this crossover? 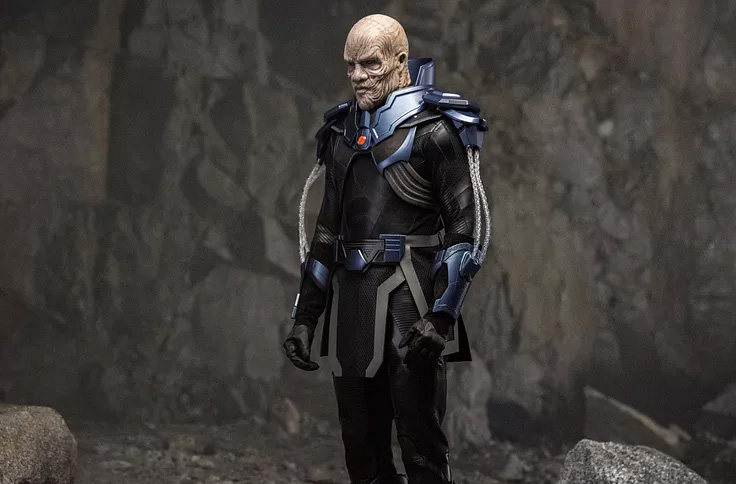 The Anti-Monitor in Crisis on Infinite Earths (Source: The CW, 2020)

It is decided that the only true way to defeat the Anti-Monitor is not by killing him or teleporting him away, because he’ll ultimately just come back. Instead, the heroes decide that they need to throw him into a perpetual state of shrinking—think: Scott Lang going subatomic in Ant-Man. And that’s exactly what happens. Strangely enough, for the finale episode, this fight scene was a bit anti-climatic. At one point the Anti-Monitor grows to the size of a skyscraper, but is then almost immediately hit in the chest by the “subatomic” orb that shrinks him down into nothingness.

The ending of the episode is downright the best part because it has some the best emotional beats from this entire crossover, while also giving us even more fun cameos and Easter eggs. We get a collage of scenes with our heroes watching a presidential national address on television, wherein the Arrowverse president announces that Oliver Queen sacrificed himself to save the universe from the Anti-Monitor, followed by a moment of silence for our fallen hero.

We’re also given a voiceover from Oliver as he leads the audience through the new version of the multiverse. Even though the Arrowverse shows now remain on one singular Earth, apparently the multiverse remains intact just slightly changed. We see a collage of footage from different Earths, including the new home of Star Girl on a newly resurrected Earth-2, Swamp Thing, Titans, Doom Patrol, and what seemed to be a sneak peek at the upcoming Green Lantern show for HBO MAX.

The crossover concludes with a scene back at the abandoned S.T.A.R Labs warehouse from the 2016 Arrowverse “Invasion!” crossover event. After the heroes memorialize Oliver with a display of his Green Arrow costume and an eternal flame lighting, Barry pulls a sheet away from a large table to reveal that classic Justice League briefing table, although this one is fit for the Arrowverse characters. The Flash, Supergirl, Superman, Batwoman, Martian Manhunter, Sara Lance, and Black Lightning all take seats in their respective chairs, leaving one open for Oliver.

Now, let’s talk about the moments from this year’s crossover event!

But what did you guys think about the Crisis of Infinite Earths crossover event? Did you like this year’s crossover? Leave your comments down below!

Previous:Arrow 8×08 Review: “Crisis On Infinite Earths Part 4”
Next: 4 Queer Anime Titles (and 1 Donghua) To Watch While Waiting for Yuri on Ice