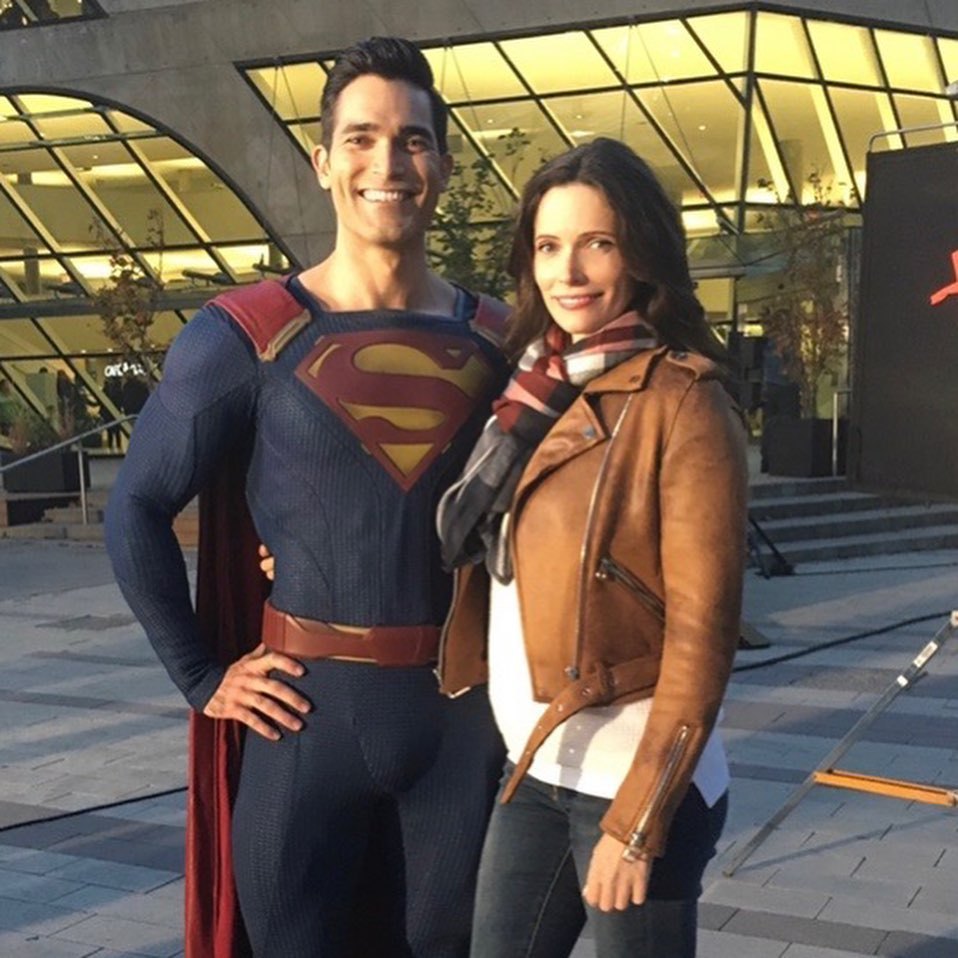 I’m too excited to come up with a stupid Superman-related joke, so I’ll just get straight to the news. Tyler Hoechlin and Bitsie Tulloch are getting their very own show on the CW, fast becoming the official television network of DC Comics! Superman & Lois is in development for the 2020-21 season. All I can think is FINALLY.

There have been rumors that Supes would get his own series for over a year, but until today nothing was definitive, and it seemed to be simply wishful thinking from fans in love with Hoechlin’s take on the iconic character. Well, now we know it’s not! Hoechlin and Tulloch both announced their news on their respective Instagrams earlier today. Written by The Flash executive producer Todd Helbing and brought to you by Helbing and Greg Berlanti, Superman & Lois will continue Clark and Lois’s story from where we’ve seen them after their appearances on Supergirl, The Flash, and Arrow. The show will be a drama, following the two as they struggle to balance being journalists, super heroes, and parents, per Deadline.

I’m not a huge fan of storylines revolving around kids; as someone who doesn’t want kids, I’ve never liked how pop culture treats kids as the ultimate relationship goal (marriage and babies, no thank you), and I tend to check out of a show once it gets to that point. That said, I am very intrigued by this angle for a Superman series. It’s a different take on superheroes – one that we haven’t seen much, at least from the CW shows, but pretty par for the course for Superman. Plus, I’m excited about a superhero series where all of the important people to the main character know his secret identity already. (And let’s face it, y’all know that I’ll watch virtually anything with Tyler Hoechlin in it.)

The CW is becoming mightily saturated with DC heroes. Arrow is bowing out this year after its eighth season, but Batwoman is holding steady in its Sunday night slot, and an Arrow spinoff starring Katherine McNamara, Katie Cassidy and Juliana Harkavy is getting a backdoor pilot this season. Superman & Lois will get a standalone pilot, probably because the seeds for their series have already been planted.

While I worry a separate Superman series may take the focus away from Supergirl, I’m honestly too excited to worry too much. Despite my concerns about the effect on Supergirl, this is something I’ve been hoping for since Hoechlin got the role. (Please, please, please be at SDCC next year!)

Hoechlin has portrayed Superman/Clark on the CW DC shows since 2016. He’s mostly appeared on Supergirl for obvious reasons, but he has previously taken part in the annual crossover event – and he and Tulloch are returning for this year’s “Crisis on Infinite Earths” (along with virtually everyone else in the DC Universe pantheon). Tulloch made her first appearance in the “Elseworlds” crossover last year and has also popped up on Batwoman.

Clark Kent/Superman and Lois Lane were created by Jerry Siegel and Joe Shuster.