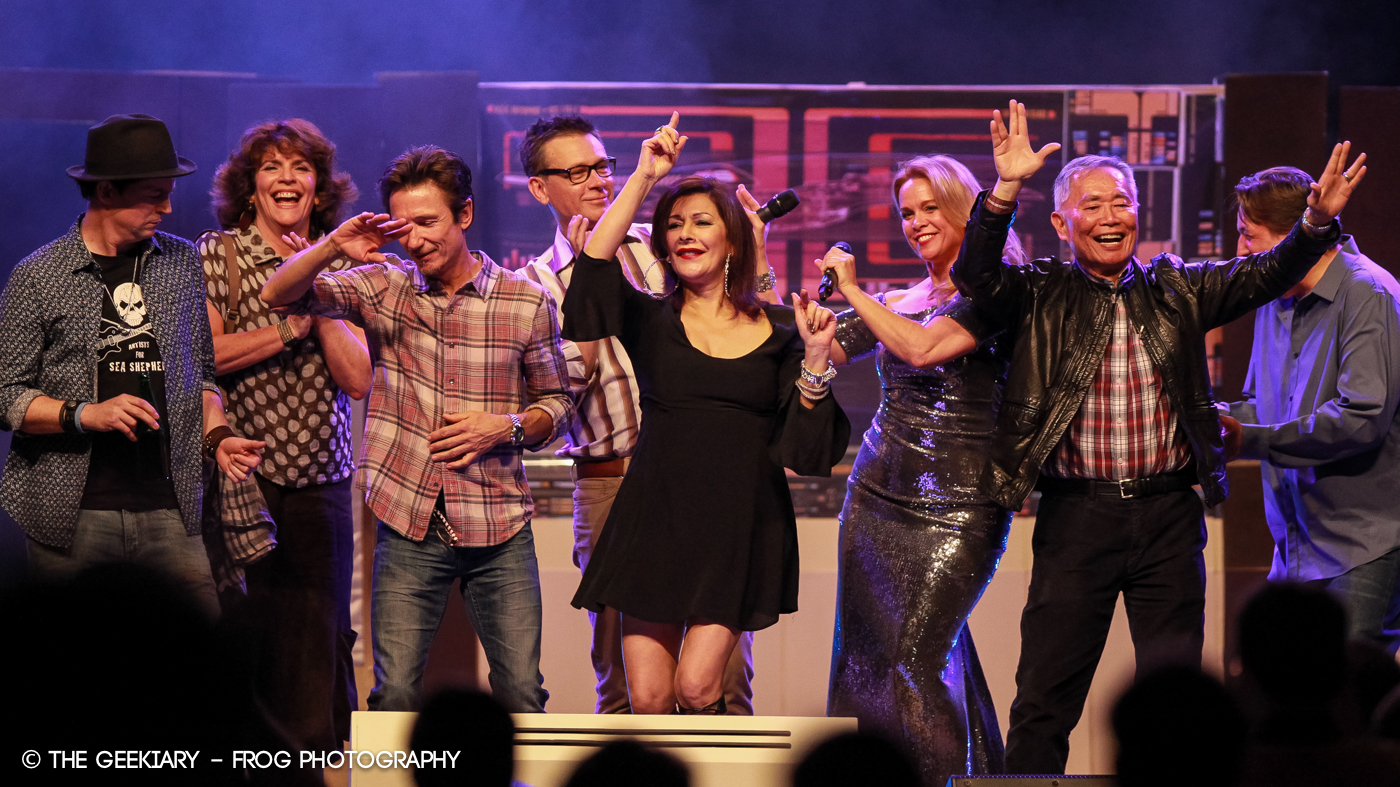 FedCon scored quite high-level guests for the occasion: William Shatner, George Takei, Walter Koenig, Karl Urban, Marina Sirtis, Terry Farrel, Chase Masterson, Robert Beltran… Only a few guests were not Star Trek-related: Julie Benz, Rekha Sharma and Robert Maschio. To be honest, I have never watched an episode of Star Trek in my life and I have only seen one of the recent movies. I was not very impressed by it, so I was not certain I wanted to spend four days surrounded by Trekkies; but I remembered last’s year FedCon and its great atmosphere, so I decided to go anyway. In the end, it was the right choice. Even without understanding all the inside jokes, I had a great time listening to the guests and talking to the fans.

One of the things I really appreciate at FedCon is the fact that they have opening and closing ceremonies. Both are a big love fest for the guests and the attendees. It gives a more intimate feeling than normal conventions, where you just show up and go directly to a panel. It is a good way to say, “Let’s spend four great days nerding out about our favorite shows together.” I have noticed that fans at FedCon come back every year mostly to meet their friends rather than for the guests.  Most people have been attending FedCon for more than a decade. 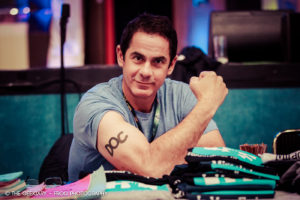 The convention started with a press conference about the Star Trek Online game with Executive Producer Stephen Ricossa and actress Chase Masterson. Then it was time for panels. Most of the guests were approachable and in great spirits on stage, although some were clearly affected by jetlag, having landed in Germany the day before. Robert Maschio, aka The Todd in Scrubs, even took the time to pose for us during the autograph session.

Despite knowing nothing about Star Trek, I still know who the main stars are so I expected a lot from William Shatner and George Takei. Shatner was quite a disappointment. I guess I should not have expected too much considering how I can barely stand him on Twitter, but I would have thought that for someone who has done so many conventions, he would be a bit more entertaining. Instead, I found his panels boring. I also did not appreciate his condescending tone with some of the fans. All in all, not my cup of tea.

On the other hand, Takei was very interesting and quite delightful. He addressed many topics — from racism to Star Trek to Donald Trump to LGBT laws in the USA.  Surprisingly, Trump was a 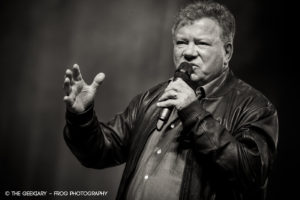 recurring topic at FedCon, with most of guests being asked what they thought of the presidential candidate. While Shatner stayed neutral and said that as a Canadian living in the US, it would be in his interest to stay quiet, Takei took a clear stand and said that he was clearly against Trump and was hoping for the first US female president. British actress Marina Sirtis shared that she would leave the country immediately if he were to win. I had never heard of Sirtis before FedCon, but I am now a fan. She is one of the most hilarious people I’ve ever heard. Her British cockney humor was contrasted nicely with the German humor of the audience and the American humor of the rest of the guests. She had the room in tears most of the time, including the staff — just not for the same reason: tired of the people slowly coming into the room while she was speaking, she went off stage, opened the doors wider and let everyone in under the shocked eyes of the security staff who did not appreciate the intervention. As she says herself, Sirtis is a polarizing woman. People either love her or hate her due to her big personality. She told us she was thinking of changing her Twitter bio to, “She can start an argument in an empty room”. My two other favorite guests were Robert Beltran and Ethan Philips, who had a great banter with the fans and with themselves.

The panels were not the only interesting thing to watch. Many fans were walking the halls dressed as their favorite characters. This year, many cosplayers obviously went as Star Trek characters, 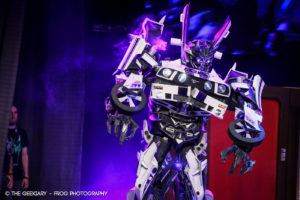 but other Sci-Fi shows such as Battlestar Galactica or Stargate were well represented. Personally, I was very excited to still see so many Peggy Carter cosplayers. Rey (and her BB-8 companion) was also a popular choice. The Cosplay Contest also brought out amazing costumes, including a Transformers suit that required more than 15km of wiring! On Saturday, the fans (and Chase Masterson) attempted to break the Guinness World Record of the largest gathering of people dressed as Star Trek characters. Sadly, they were missing roughly 300 people to go over the target of 1,064.

If I had to give kudos to someone at FedCon, it would be the volunteers. They are the real MVPs of this convention. All of them have were nothing but friendly and helpful, even in stressful situations. On the other hand, the one thing I did not really like this year was the location. Last year, it was in Düsseldorf, right next to the airport, and they moved it to Bonn this year. Unfortunately, the parking situation in Bonn is quite bad, and it was hard to find a parking space close to the convention’s host hotel. The merchandise halls were also smaller and made it quite difficult to move at times. Nothing as bad as SDCC on a Saturday, but it was still annoying. On a personal level, the hotel in Düsseldorf had lots of natural light which was perfect for cosplay photography. This year, my fellow photographers and I had to fight with artificial light to get good shots. It was no easy task.

In the end, I would say that FedCon is the best Sci-Fi convention in Europe. From the caliber of the guests to the eclectic panels, it is a convention you cannot miss.

Previous:“The Death Cure” Gets Pushed Back — What Does It Mean?
Next: San Diego Comic-Con 2016 Announcement: A Podcast of Ice & Fire Panel