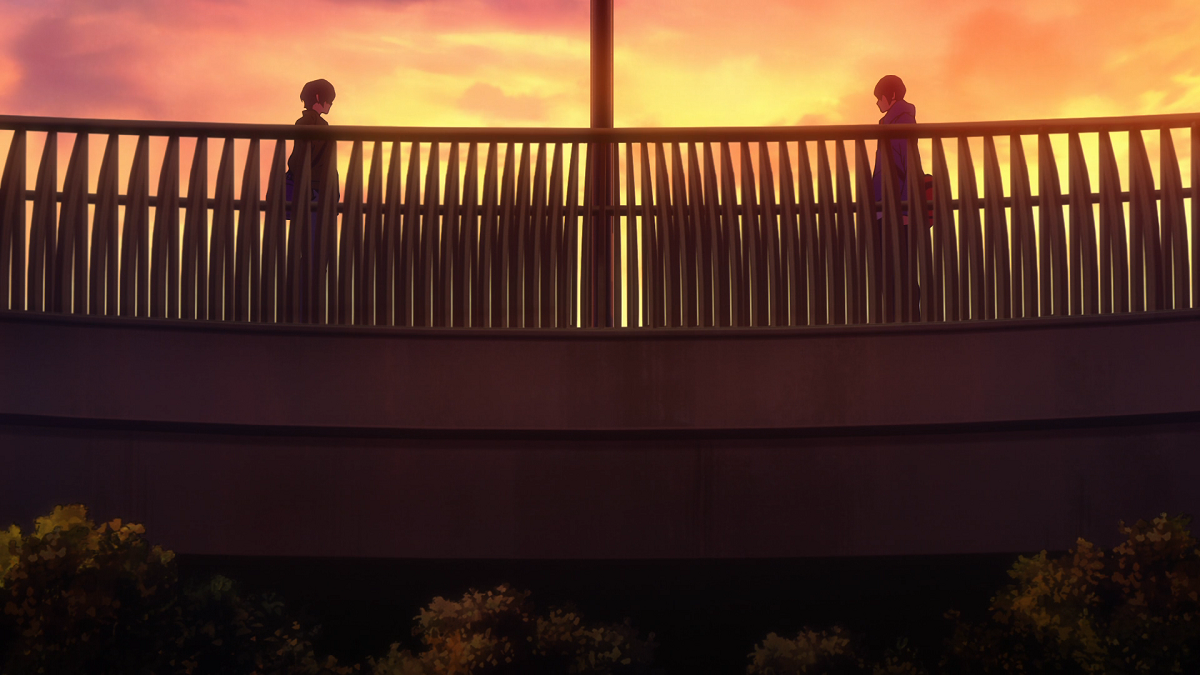 I was on a plane to San Diego last week, so please enjoy this double dose of Free! Dive to the Future. “A Promise on a Shooting Star” gave us some middle school flashbacks that showed us more of the relationship between Haru and Ikuya, which is clearly a focus of season 3. Meanwhile “First Swim in Another Country” gave us a random interaction that makes no sense except as a plot device, but I’m strangely okay with that.

“A Promise on a Shooting Star” provided us with precious insight as to Ikuya’s seemingly sudden personality change. He has become very cold – especially in his interaction with Haru at the end of the episode – and it seems to be lingering hurt from feelings of abandonment in middle school. He looked up to Haru, and being in the swim club was extremely important to him, so when Haru quit and Asahi moved away, this one happy aspect of his life was ripped away. And I can even somewhat understand Hiyori’s absurd protectiveness over Ikuya, but come on, dude. It’s been six years, and you weren’t there. Slow your roll, man. Take a step back and let the poor boy breathe. I mean, Ikuya can’t even shower in peace. 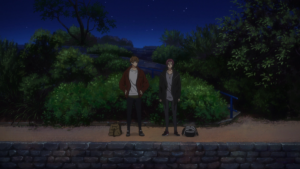 “First Swim in Another Country” took us to Australia, where Natsuya has randomly shown up to try and convince Mikhail, Rin’s new coach, to coach him. Mikhail, who is wonderfully weird and very reminiscent of Gou with his muscle fetish (Gou could even sense it all the way in Japan!), declines. Natsuya keeps coming back and finally gets Rin to agree to race him, but their race is interrupted because of rain. (I’m…not sure why. I mean, they’re already wet.) In the brief race, Natsuya is not only able to keep pace with Rin, but also seems to be beating him. However, this plot serves the simple purpose of prompting Natsuya to return to Japan to swim with Nao (there he is!) again. I wonder how many more contrived plots there will be with the intent of getting everyone in the same country again.

In both “A Promise on a Shooting Star” and “First Swim in Another Country”, the focus is on Ikuya and everything that’s happened in his past. Both episodes show an Ikuya so devoted to training and improving that it’s detrimental to his health, and in this week’s episode we see signs of him floundering while swimming. He dreams of drowning. I’m sure this is setting up something bad happening this season. Right now, Ikuya has elements of both Haru and Rin from season 1; he’s standoffish, like Rin, and holding once close friends at arm’s length. And like Haru, he’s retreated from being part of a team. As both Haru and Rin grew out of these traits, surely we can expect the same for Ikuya, and hopefully soon. 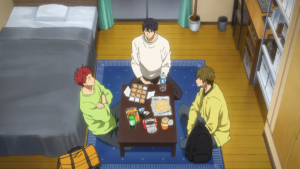 With so much focus on the drama between Haru and Ikuya, I worry about the other characters, and re-treading such a familiar plot runs the risk of getting boring. The scenes with Haru, Makoto, Asahi, and Kisumi are so much fun, and I hope we get to see plenty of the others as we go through the season. I will say, though, that the animation is top-notch this season. KyoAni has really outdone itself. The scene where Ikuya is drowning, the reunion of Haru and Ikuya on the bridge (the score! the lens flares!), and the shots of Rin running through Sydney are all examples of the stellar job this studio is doing with Free! season 3.

I love that every episode has an exclamation point. They’re just as excited as we are that we get more Free.

What did you guys think of “A Promise on a Shooting Star” and “First Swim in Another Country”? What do you make of Hiyori? Will we eventually see Rin back in Japan? Will Sosuke and Nao return to swimming?

Previous:Pose 1×8 Review: Mother of the Year
Next: Jodie Whittaker’s Doctor Who SDCC Debut!