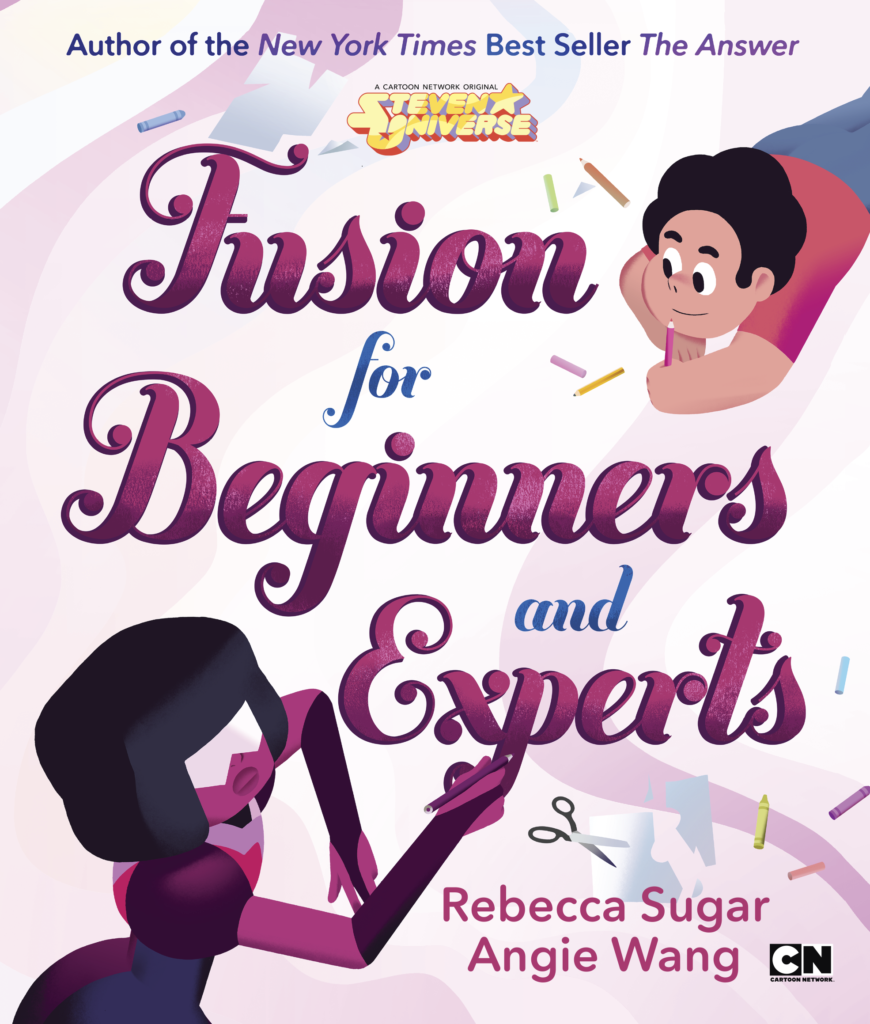 The latest offering from Penguin Random House and Cartoon Network Books is Fusion for Beginners and Experts by Rebecca Sugar and Angie Wang. The 64-page middle grade book will be released on December 26, 2017.

Steven Universe has a plethora of extra-canonical content, including the recently released soundtrack, comics, and cute, fun books like Fusion for Beginners and Experts. Showrunner Rebecca Sugar is credited as an author on two previous books (not including comics): The Guide to the Crystal Gems and The Answer. The latter is based on the Emmy-nominated episode in which Garnet explains to Steven how she came to be a fusion of love between the Gems Ruby and Sapphire. Based on the art style and title, Fusions for Beginners and Experts might very well be a direct follow up to The Answer.

When Gems fuse, their forms combine to create a Gem that is bigger, stronger, and more powerful than they are apart. But more importantly, Fusion is a process built on love, trust, and communication. It’s like a dance that is perfectly in sync, or a conversation filled with perfect understanding. Learn all about Fusion with Steven, Garnet, Amethyst, Pearl, and the rest of the Gems on Earth as they share what Fusion—and love—mean to them.

The other credited author on Fusion for Beginners and Experts is Angie Wang, who is a prop/FX designer on Steven Universe as well as the co-founder of Comic Arts LA.

As Jasper well knows, fusion is the heart of the Crystal Gems, and Steven Universe as a whole. Rebecca Sugar’s inspiration for fusion stems in part from her interest “in ways people change each other. When you’re with someone, you are not the same person necessarily you are when you’re with someone else. Especially if it’s someone you’re close to… the space between people becomes a person.” Maybe this upcoming book will treat fans to some heretofore unknown secrets of the alien ritual– it will almost certainly include heartwarming insight into relationships of all kinds.

You can pre-order Fusion for Beginners and Experts on Amazon, Barnes and Noble, and many other retailers. Check out the Penguin Random House page for the full list.