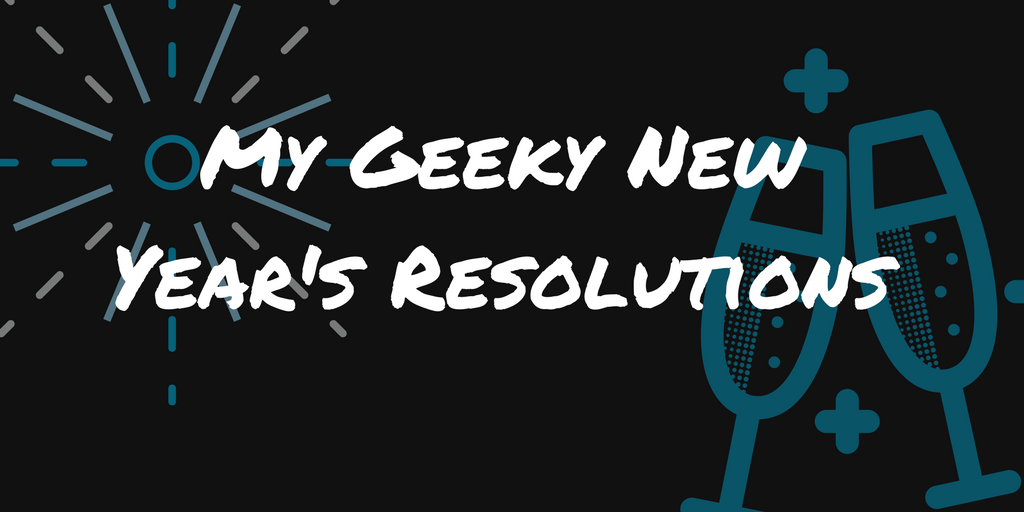 The New Year is quickly approaching and I’ve compiled a list of Geeky New Year’s resolutions to make 2018 even better than 2017.

My geeky New Year’s resolutions are going to focus on things I already sort of do, but focus them to make a stronger, better, feistier geek in 2018.  In 2017 the shows and movies I watched went through a lot of changes.  I don’t necessarily regret this, but looking back, I feel like my ratios could use some adjustments and I shouldn’t feel guilty about my reasons for this shift in my viewing habits.  Additionally, 2017 was pretty traumatic on the politics front.  While I can’t change that, I can certainly change how I utilize geek culture to cope with it.

With this in mind, I’ve here are my 2018 geeky New Year’s resolutions.

1. See Every Marvel Film, but See Non-Blockbuster/Franchise Films Too

I’ve seen every Marvel film within a few days’s of it coming out (with the exception of Ant-Man) up until this year.  I’ve dropped the ball on this.  I skipped both Spider-Man: Homecoming and Thor: Ragnarok.  How could I??  This is a crime.  I partially blame depression (politics got to me, y’all. I also had a death in the family and stolen property of pretty high value).  I also blame timing (Spider-man came out right before a trip and Thor came out right before another event).  But really I just sort of let things slip by.  It’s been a bad year.

Well, I’m going to correct that.  I vow to see both these films soon and see all the Marvel Cinematic Universe properties that come out in 2018 opening weekend.  But to balance out my film consumption, I’m also going spend more time seeing non-Blockbuster and non-franchise films as well.  Let’s face it: our lives have become dominated by franchises.  And that’s not a bad thing, exactly.  Franchises are fun. But there are some one off stories out there that deserve some love too.  So for every Marvel film I see I’m going to see at least one non-franchise and/or non-blockbuster film as well.

2.  I Won’t Feel Guilty for Watching Shows for the Diversity

I’ve noticed the majority of the shows I loved this year (Star Trek: Discovery, Runaways) had extremely diverse casts.  The main protagonists were largely women, POC, and queer characters.  I’ve been shamed for this.  I’ve been called an “SJW” who is just watching for a “diversity quota.”  I’ve been told that this isn’t a valid reason to be drawn to a show.  Well, that’s crap.  It’s a perfectly valid reason to be drawn to a show.  Seeing queer characters, particularly queer women, makes me happy.  Don’t we watch media for enjoyment?

In 2018 I will unashamedly charge forward and enjoy my diverse shows.  They make me happy and I won’t be shamed for it by those who are afraid of the changing landscape of geek media demographics.  In fact, I vow to pick up at least two more new shows with primarily women, POC, or LGBTQ+ leads.  Anyone got any recommendations?

3. Dump Shows That Upset Me or Bore Me

I dumped a ridiculously large amount of shows this year.  Most surprisingly, I stopped watching The Walking Dead, which was a huge part of my life for many years.  This actually happened in November of 2016 when they killed off my favorite character, but for a few months I told myself it was “just a break.”  At one point, though, I realized I felt a lot better just not tuning in anymore.  It was a turning point.  I also cut ties with Sherlock, decided my two year break from Supernatural was permanent, felt no need to return to Orange is the New Black, and have sadly lost interest in iZombie (it’s okay, though, I’m not upset at it. I just lost interest and that’s valid too!).

Dumping shows felt good.  I’m under no obligation to stick with things that upset me or even simply start to bore me.  If you currently watch a show that’s causing you pain or feels like an obligation, you should try it! You don’t owe media any of your time.  Cut the thread and go your own way!

4. Take A Break from Politics

While most of my geeky New Year’s resolutions are about the hobbies themselves, this one is more about using them to take a damn break.  The year 2017 has been particularly brutal on the political front.  I’ve attended 8 different rallies/marches so far (and maybe more if they fire Mueller before the year is up.  I’m ready to mobilize in under 24 hours).  I’ve written dozens of letters and postcards. I’ve written thousands of words on this very website about how politics and geek culture intersect.  I’ve always been a bit ahead of the curve on politics than the average person on the street, but never quite so immersed in it as I am now.  But sometimes… sometimes I need a break.  And that’s okay.

A friend of mine calls this the “oxygen mask” theory.  You need to take care of yourself first (put on your own oxygen mask) before you take care of others (put on their oxygen mask).  Sometimes I do want to talk about politics and be active.  Sometimes I feel that my life is on the line and that everything may crumble if I don’t write that letter or march at that protest or write that article.  But I’m not useful if I have a mental breakdown and put myself out of commission for months.

I vow to take a few days off every once in a while to do things like marathoning a new Netflix show for 10 hours straight and NOT checking Twitter’s trending topics or Reddit’s front page to see what might be falling apart in the real world.  I vow to spend a weekend creating wicked cool structures in Minecraft and forgetting that I’m horrified about the headlines on the front of every major news paper.  I vow to take a few days here or there to just get lost in a fantasy world somewhere else.  Maybe one full day a week. Maybe one full weekend a month.  Then when I can breathe again I’ll open up Twitter and Reddit and news aggregators and check to see if Mueller has been fired or if my right to marry has been taken away or if my friends are being deported or denied entry to my country. I’ll find out where I need to show up, I’ll grab sign making materials, and then I’ll be there to fight for them (or myself, as the case may be).

But I gotta build that wheat farm in Minecraft for a few minutes right now or I’ll have a heart attack and die and then I won’t be helping anyone.  My breaks won’t be long.  I promise.  Just long enough to learn how to breathe again.  And then I’ll be back on the streets.

My geeky New Year’s resolutions are things I already do, but want to do better in the new year.  They are things that have helped me cope with things that have been dragging me down in 2017 and, with some adjustments, can help keep me going strong in 2018.

What are your geeky New Year’s resolutions? Or resolutions in general?  Tell me what’s going to make 2018 great for you! 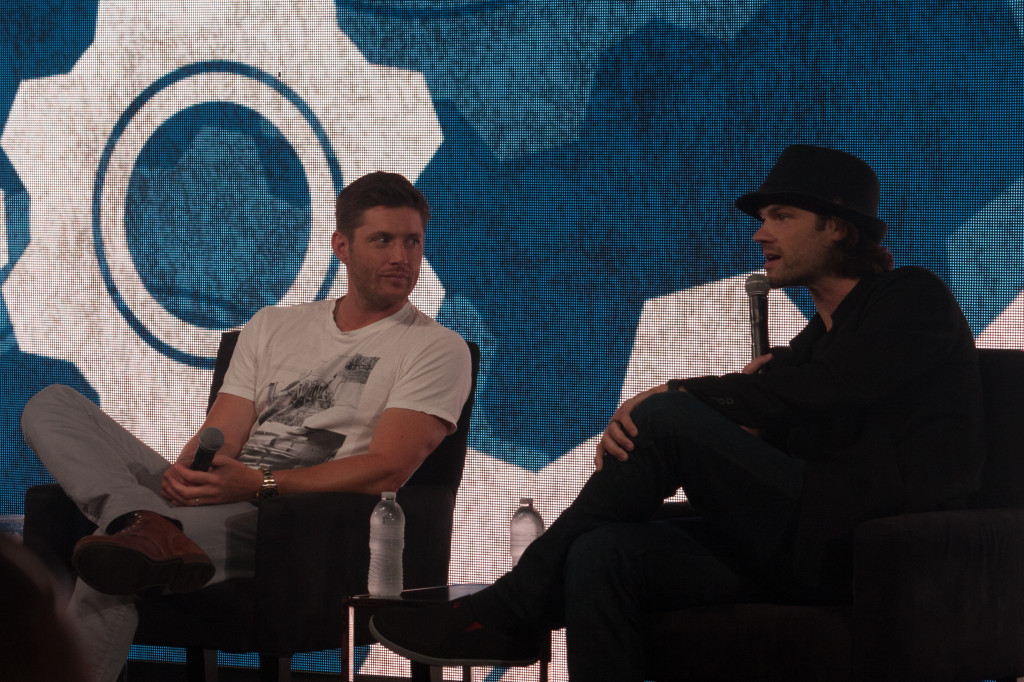 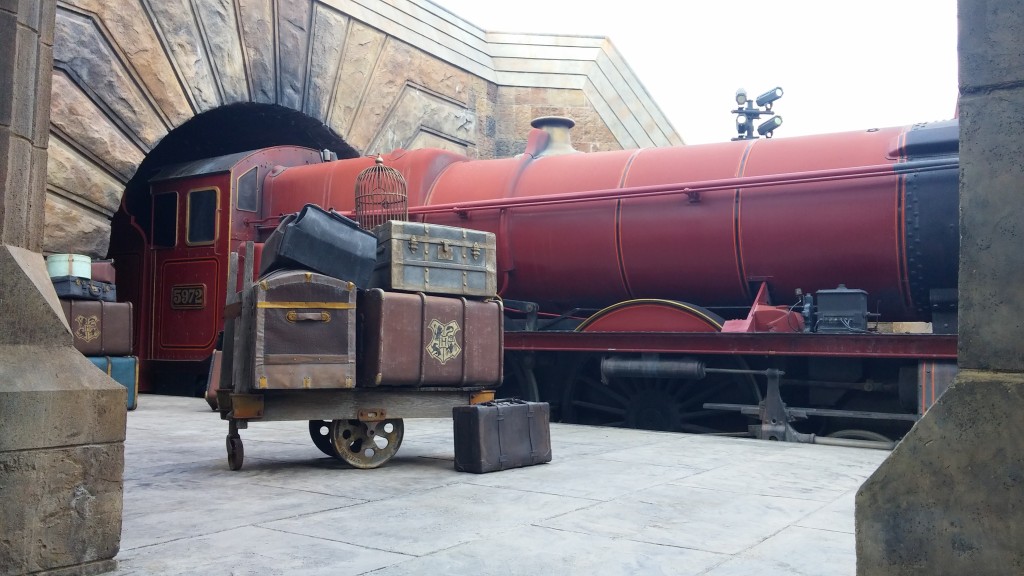