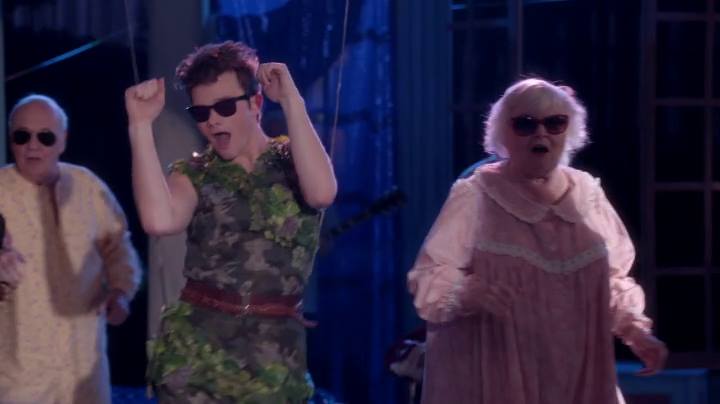 I was looking forward to this week’s episode of Glee because it was written by Chris Colfer who plays Kurt Hummel. I feel actors have a better understanding of the characters on a show. So, did Chris deliver? For me he did. There was no drama or any unnecessary fights in the episode. It had a fun feel to it, and played with my heart strings in a good way.

The media found out that Rachel Berry (Lea Michele) lied to her producers and auditioned for a TV pilot. Of all the people who could’ve helped save her reputation, Santana Lopez (Naya Rivera) offered her services. I always enjoy seeing them work together. Both girls are ambitious, though they have different ways to get what they want. The two decided to host a benefit named “Broadway Bitches” and show Rachel’s love for dog shelters. I liked the idea, but I couldn’t figure out where Rachel was getting all the free time. Wasn’t she supposed to be doing eight shows a week? The episode showed how some celebrities actually tell the paparazzi where to find them in order to get publicity. I was glad to see Rachel’s development in the episode. Yes, she can be selfish a lot of times. But when Kurt needed her, she didn’t disappoint. 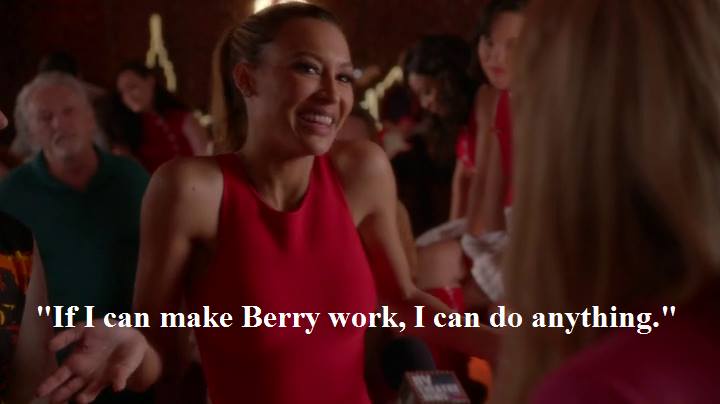 Speaking of Kurt, I guess even he realized how he seemed ‘stuck’ this season. All of his friends seem to have moved on to better things. Rachel’s a star, Mercedes is about to go on tour, Sam has a modeling contract, Artie is a success at film school, and Santana is happy living her life. I was glad to see Kurt talk about how he was a ‘support system’ for his friends. However, he got the opportunity to play the titular character in a production of Peter Pan at the Lexington Home of Retired Performers. The older cast did a splendid job with their characters. I immensely enjoyed June Squibb’s performance as Maggie Banks. The episode touched upon the subject of people in retirement homes hoping their children would come see them. It also talked about second chances and telling the person you love how much you care about them before it’s too late. Like I said, the episode tugged at my heartstrings but in a good way. It was just one big happy episode. Chris did an amazing job during his performance of ‘Lucky Star’. Doing all those tricks while wearing a harness could not have been easy.

Artie didn’t have much to do in the episode, and I’m not complaining. Sam and Mercedes’s relationship developed further. Sam adopted a dog without telling Mercedes, and the two talked about the situation like grownups. Adopting a dog from a shelter is a huge responsibility and you shouldn’t get one just because they find a dog cute. You have to make sure you are able to care for it. In the end, Sam found a new home for the dog because his and Mercedes’s schedules were too busy.

With only one more episode left, Old Dog New Tricks didn’t do much with regards to setting things up for the finale. I’m still not sure what to expect.  However, I am looking forward to the finale and seeing where the characters will go in Season 6.

Did you enjoy this week’s episode? Do you think Chris Colfer did a good job? Please share in the comments!