Supernatural 9×21 Review: King of the Damned 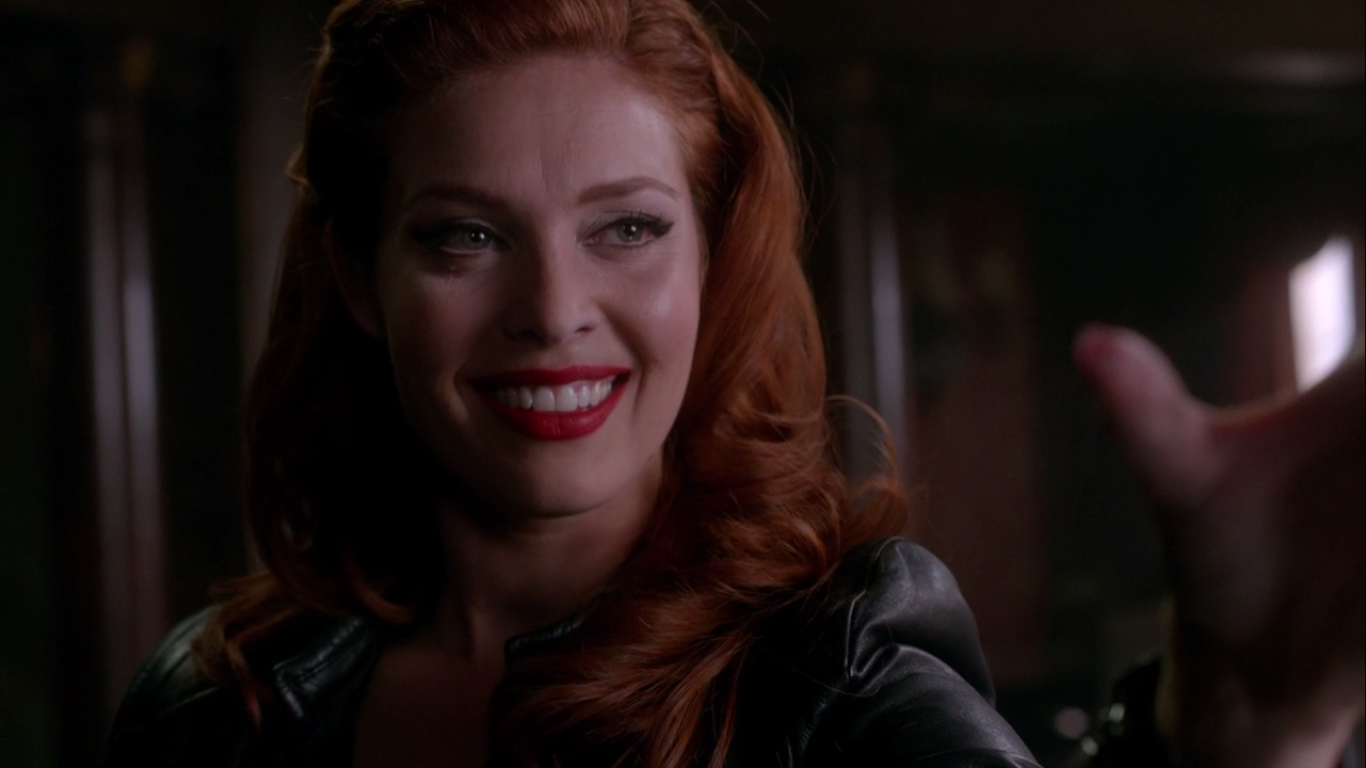 I enjoyed the majority of this episode, but there were a few moments that made me extremely conflicted and occasionally downright upset. It’s Supernatural, after all, so upsetting us is par for the course, but it’s sad when an episode that could have easily been one of my favorites gets knocked down a few pegs by a couple of plot developments.  Overall I like where it’s going, but I’m just not happy with some of the choices they are taking to get there.  The ongoing themes of torture, female character death, and Winchester discord is enough to put a damper on the many incredible scenes from the episode.  And there were many incredible scenes that had me smiling, cheering, and clapping like the excited fangirl that I occasionally (often?) am. 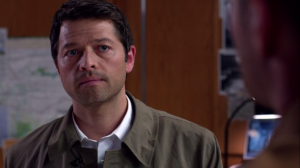 As I said, there was a lot to be happy about here.  We got Castiel back and a hug with both Dean and Sam.  His moment alone with Sam was particularly touching as the two of them don’t get nearly enough screen time together (most likely due to Jared and Misha’s propensity for pranking each other on set).  The two of them have such an interesting dynamic that doesn’t get explored to the extent that I want.

Cas is once again a reluctant leader and there’s definitely some problems within his crew (a possible double agent, maybe?), but he seems to be a lot more level headed than he was during the end of season 6.  We only got a taste of the angel plot, though, as this episode primarily focused on the ongoing demon war between Crowley and Abaddon.  That’s perfectly understandable, because both of these massive plots need to be tied up or at least prepared to head into the hiatus, so in all likelihood the next two episodes will be heavily angel focused.  My prediction is that this plot won’t be wrapped up neatly before the season is out and could very well carry on over into season 10.  While we don’t have official word on Misha’s return yet, I have very high hopes.  Fans have made their voices loud and clear with over 3,000 postcards, ties, and a ton of Twitter trending events, so the message that people want him back has most likely been heard.

One aspect of this plot that bothered me was Castiel asking Sam and Dean to interrogate the angel.  I’m pretty frustrated with torture being a constant theme on this show, especially after Dean’s particularly volatile history with it.  Thankfully this particular angel gave information up easily and we weren’t subjected to even more graphic scenes of torture.  We’re blessed that this angel wasn’t exactly the brightest crayon in the box and caved easily to the Winchester’s psychological push for information.  Dean was close to stabbing him, but Sam managed to pull him back before he finished the deed.  With how the Abaddon scene plays out later, I hope Sam doesn’t get separated from Dean while he’s under the influence of the Mark.  It makes him incredibly brutal and I can imagine terrible things happening.  I think we’ve all been considering this option, but none of us really want to think to hard on what those terrible things will be.  We know it’s going to hurt. 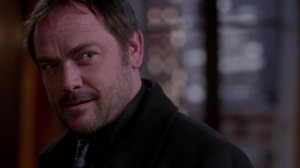 The demon plot caused a massive amount of frustration for me.  On the one hand, I very much enjoyed the interactions between Crowley and his son.  Crowley is having feelings because of that pesky bit of human blood inside of him, which means he cares a lot more about the fate of his son this time around.  A part of me wishes they could rule hell together as father and son, but then I realize hell is, you know, a bad place that I shouldn’t really be viewing as a happy setting for a family reunion.  This show and fandom does weird things to me.  I find myself rooting for certain demons over angels, liking Lucifer’s cruel snark, laughing at one of my favorite characters being killed hundreds of times in a single episode, and calling God a jerk on a regular basis.  It’s a weird show, man, so I guess hoping that an innocent kid gets to become the Prince of Hell and rule the underworld with his demon father isn’t terribly bizarre all things considered.

On the other hand, this plot also did the one thing I was hoping it would not do.   It resulted in Abaddon’s death.   I loved both her and Crowley.  I ultimately fell on the side of Team Crowley, but I didn’t want her to lose by dying.  I was hoping for some sort of solution that locked her away, but kept her alive.  Michael and Lucifer being locked in the cage was a great way to accomplish that task without killing either of them.  Besides the fact that I love her as a character, it’s also one less recurring woman on a show that already has so few.  We’ve been knocked down to three, two of which may or may not return.  First off we have Jody Mills, who will hopefully be back plenty next season.  But then we have Mrs. Tran, who has very little reason to come back now that her son is gone.  The last time we saw Charlie she was skipping off into Oz with Dorothy, so I’m not sure where her plot is going to go from there.  Meanwhile we have a ton of recurring male characters including our main duo, Castiel, Crowley, Gadreel, Metatron, Cain, Death, Harry, Ed, and Garth. Without spoiling anything, I do hear that there may be another female character coming back before the season is out, but I strive to make my reviews as spoiler free as possible, so I’ll leave that unexplained for the time being. 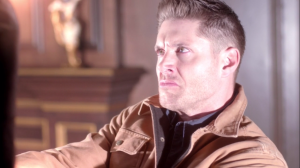 The darker side of Dean is also causing me an enormous amount of conflict.  As I’ve mentioned in previous reviews, I have an odd sort of appreciation for dark Dean.  I think it’s interesting character development and, well, he looks really good when he’s being all dark and badass (hey, honesty is a good policy, so I’m just telling it how it is).  Lying to his brother again, though, is just not good.  How much of that lying can be blamed on the mark?  They’ve been fighting since before he got it, but this time the lie was tied directly to keeping Sam out of the room while he went all Mark of Cain on Abaddon.  You can argue that he just doesn’t want his brother hurt, but I feel like being honest about that reasoning is much better than furthering the divide in their relationship.  Sure, Sam would argue, they’d fight a bit, and Sam would probably put himself in danger to have Dean’s back, but at least they’d be upfront about it all.  It could also very well be the Mark’s influence on him wanting to keep the person who pulls him back from the edge as far away from him as possible.  Either way, the tension between them is exhausting and I’m looking forward to some resolution.

If you set aside the continued brother fighting, the torture scene, and the death of Abaddon, I’d call this episode pretty damn good.  I’m loving Crowley, intrigued by the angel plot, and oddly invested in having more dark Dean.  This episode has set a lot of things in motion to close off this season in a well structured way and I hope they follow through.  No Supernatural finale will ever really be ‘happy,’ so that’s asking for way too much, but we can keep our fingers crossed that it’s well written, consistent, and provides a great launching point for next season.  Will we all be crying, yelling at our televisions, and drowning ourselves in our respective vices?  Most likely.  It’s Supernatural.  But hopefully we won’t be smashing our TV screens and making any demon deals in an effort to right the show’s wrongs.  There’s different levels of feels, here, so I’m hoping for the less destructive option.

Previous:Movie Recommendation: G.B.F
Next: HRH Princess Mia is Back in Two New Books!