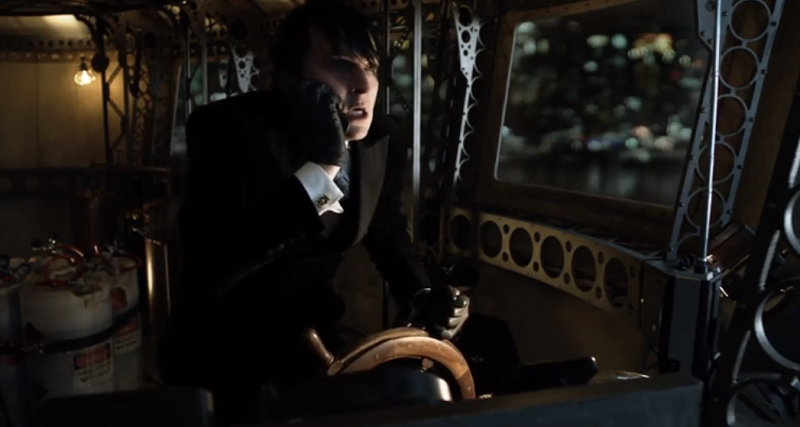 I didn’t review last week’s episode on The Geekiary because it was a total mess. Much messier than what I can handle on Gotham. Long story short, we got introduced to Jerome’s twin brother, and the Lee and Nygma relationship kind of came between Nygmobblepot. I did rant about it a bit.

Anyway, the moment Jerome’s twin brother was introduced, fans knew what was going to happen. There are three different Jokers running around the DC Comics Universe (as far as I know). So, the show having more than one Joker makes sense, too. Also, as far as Gotham is concerned, the Joker is an idea, an inspiration which can turn anyone into a crazed villain.

‘The Entertainment’ revealed Jerome’s plan. He wanted to release his laughing gas in Gotham. It came as no surprise that Penguin wasn’t easy with the entire thing. I liked how the episode showed the contrast between the two. Penguin is a villain interested in power and money. Jerome, on the other hand, just wants chaos. So, of course, Oswald had to do something to stop Jerome, and he did. While Gordon handled things on the ground, Cobblepot steered away the blimp holding the laughing gas.

We also got a lot of Barbara this week. I understand some fans don’t see her as a leader. However, giving her such a role doesn’t make less sense than everything else happening on Gotham. Nothing really makes sense on this show. If some people are mad about Barbara’s new position (judging from certain online comments), it probably has more to do with not being comfortable with a woman being in charge of the League of Assassins.

What did you think of Gotham this week? Did you enjoy ‘The Entertainment’? Let us know.