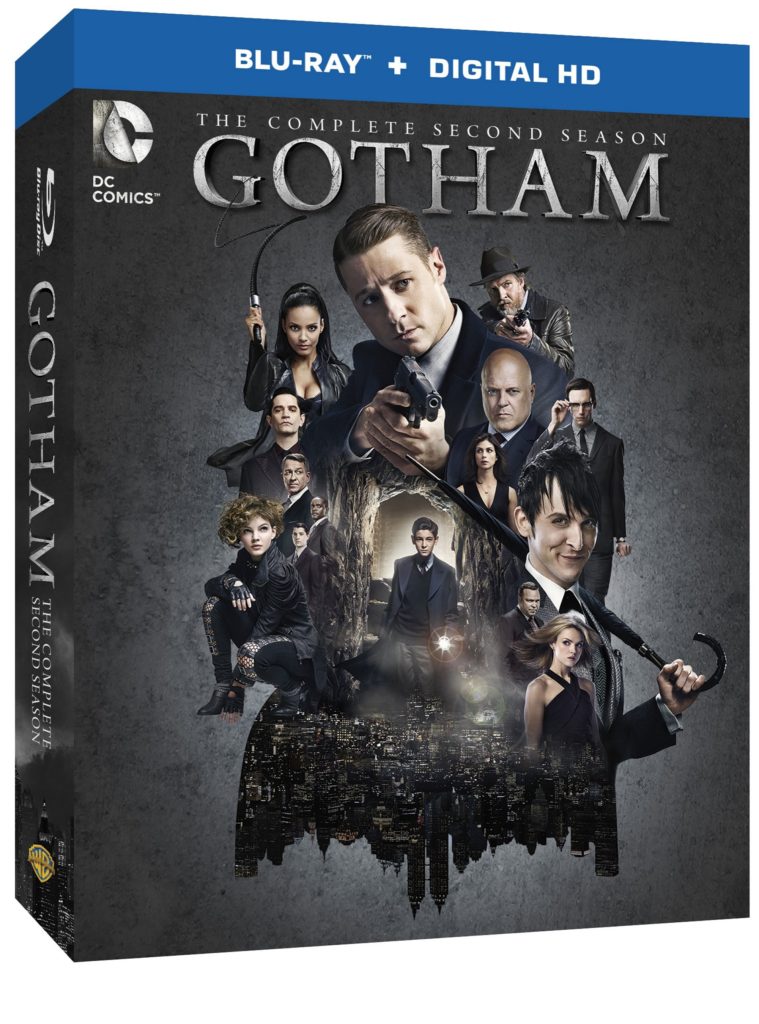 It is time to relive the highly enjoyable second season of Gotham. All 22 episodes and extra content will be released next month!

If you have been keeping up with my reviews you would know that I enjoyed the second season of Gotham more than the first. The DC Comics adapted TV show has a lot of interesting villains to play with and that’s exactly what it did by focusing on them for its second season.

The Blu-ray (including Digital HD) and the DVD of the complete second season of Gotham will be released on August 16, 2016.

“We are thrilled to release Gotham: The Complete Second Season on Blu-ray and DVD so fans can catch up and relive the exciting and unexpected twists ahead of the highly-anticipated third season,” said Rosemary Markson, WBHE Senior Vice President, Television Marketing. “The Blu-ray release offers Gotham fans the ultimate viewing experience with superior picture, optimal sound quality and an array of special bonus content, making this release a must-own DC title.”

Give me all the behind-the-scenes treats and more!

Gotham: The Complete Second Season Blu-ray including Digital HD is priced at $59.97 SRP. The DVD release will be sold for $49.99 SRP.

The show is set to return for a third season on September 19, 2016. It will feature some interesting new additions to the cast.

Are you a fan of the show? Let us know.