Hannibal 3×13 Review: The Wrath of the Lamb 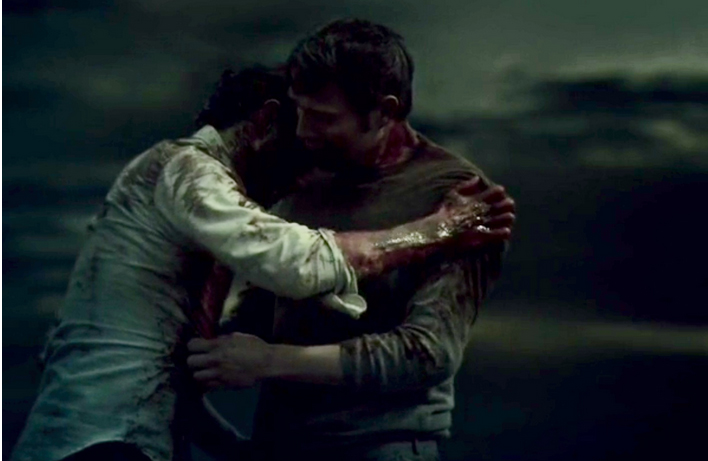 I have a bad habit of putting the final episodes of things off for very long periods of time.  When I was marathoning Carnivale for the first time, I took a three month break before watching the final two episodes.  I’ve been waiting for two days since the Canadian broadcast to decide if I was going to do the same here, but I feel obligated to write a review in a timely manner so I’ve bitten the bullet and decided to watch.  But this wasn’t easy.  I desperately want this show to get picked up for a fourth season, but the truth of the matter at this point is that this is all we have.  This is the final guaranteed episode, and I can’t stop crying about it.

SPOILER WARNING: I am not going to beat around the bush and there are massive spoilers for the SEASON finale ahead.

TRIGGER WARNING: This review may also trigger some as it discusses SUICIDE.

I tend to find romanticized depictions of suicide distasteful.  It’s not something to glorify. However, this show has often defied my usual standards towards fiction and surprised me with what I’ve been able to enjoy about it.  If the show ends here, it can be assumed that Will committed suicide and took Hannibal with him, but as their bodies aren’t actually shown, it’s very possible that they could have survived the fall from the cliff as well.  But regardless of the actual outcome, it seems clear that death was Will’s goal and, surprisingly, I’m not as angry with Bryan Fuller for using this trope as I would be if it were on almost any other show or movie.  Perhaps it’s because the show is already so dark to begin with that it doesn’t seem like it’s being used as a cheap way to escalate the story.  Or perhaps it’s because this show has won me over so much already that using an offensive trope is something I can easily forgive.  I don’t know, but whatever the root cause, I absolutely adored the ending and applaud Bryan Fuller for how he “concluded” it. 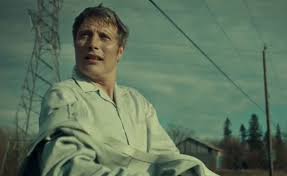 The entire episode pushed the romantic tension between them up higher than ever before.  Mads and Hugh have a chemistry together that you just can’t manufacture.  The way they make their characters look at each other, subtly touch one another, and the cadence in their voices when they speak these lines that can have double meanings when you read it on a subtextual level makes it hard to see anything other than romantic intentions in their acting.  During their first San Diego Comic-Con, Hugh Dancy stated he didn’t see their relationship as romantic, but three seasons later it’s hard to tell if he still feels that way.

The final battle with Francis was beyond amazing.  The choreography, the acting, and the cinematography were all top notch.  I can see this easily becoming one of my favorite sequences of any TV show in the history of television.  I will be watching it again and again and again.  I’m not sure I can emotionally handle those final few seconds, but the fight sequence preceding the fall will definitely be something I’ll be repeating.  It’s up there with Baltar’s “I see angels” speech from Battlestar Galactica or Castiel’s entrance on Supernatural.  It’s television perfection and it deserves all the awards.

But Will and Hannibal aren’t the only characters whose ending left me satisfied.  We got to see Alana, Margot, and their son leaving the Verger manor together.  While the romance between Hannibal and Will is subtextual, their relationship is very much text and I couldn’t be happier.  It has its dark overtones, for sure, but these two bruised souls have found happiness together and have built a life on the ashes of their burned past.  If fandom does anything after this finale, I hope it’s the production of at least one, if not many, long fanfiction depicting their Murder Family 2.0.

Many characters kind of drifted into the background during the finale.  Jack didn’t get much of a conclusion, but I suppose you could say his character arc wound down after Bella passed away.  Reba was a new character, but she was simply left in a hospital bed at the end with not much of a conclusion.  But I suppose this is okay.  This wasn’t meant to be the conclusion of the entire show, after all, and if we try hard enough we may be able to assure that it’s not the end of it all.

There are many things we can still do to Save Hannibal.  Amazon and Netflix have passed, but many others haven’t.  Don’t forget to contact the following:

When you’ve contacted others to save the show, please take our Poll so we can keep track.