What can we do to #SaveHannibal ? 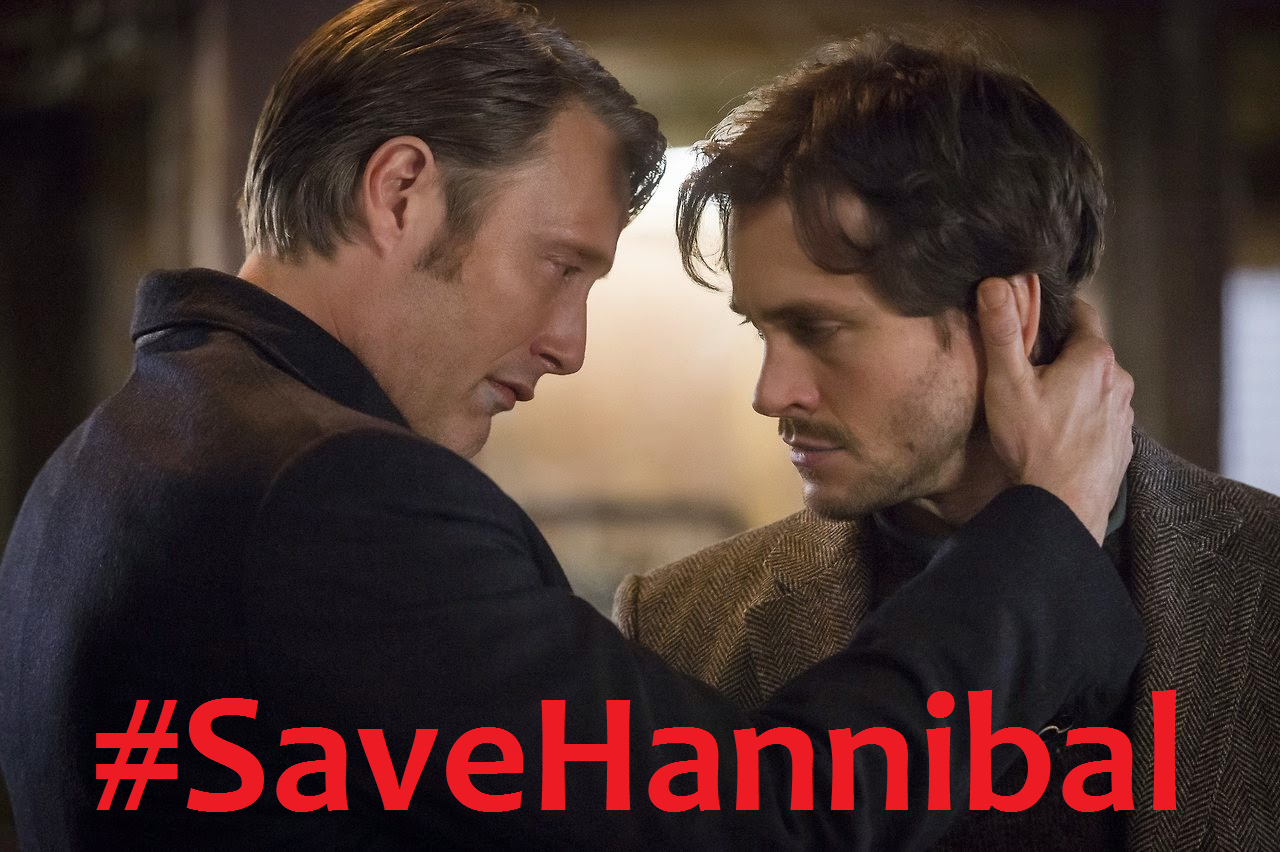 This afternoon Fannibals around the world were crushed to hear that NBC officially pulled the plug on Hannibal.  We’ve been struggling ever since Season 1 to keep the show on the air and it’s been on the verge of cancellation repeatedly, but somehow managed to pull through at the last second.  This time, we weren’t so lucky.  But I’m a stubborn Fannibal.  I won’t let this show go down without a fight and if you love it even half as much as I do, you won’t take this as the final blow to this wonderful work of art either.  And our wonderful showrunner, Bryan Fuller, doesn’t seem like he’s quite ready to throw in the towel yet either.  He’s still talking about what’s in store for season 4:

Fuller declined to provide too many specifics about the direction of a possible fourth season, except to say, “It would have explored the Hannibal-Will Graham relationship in a much deeper fashion than the series ever has before.”

Yes, Mr Fuller, the shippers hear you.  If LoVe shippers can save Veronica Mars, perhaps Hannigram shippers will heed the call and pull out all the stops.  This doesn’t mean the relationship will be canon, but I’ve been quite satisfied with what Fuller has given us so far.  But the promise of more fodder for our ship isn’t the only reason to save it.  This show is truly a piece of art and the high production quality can’t be denied. It’s visually stunning, tightly written, and compelling.  It pushes the envelope and isn’t afraid to go where many other writers are afraid to tread.  For these reasons, Hannibal deserves to tell the story that the creators want to tell.  It can’t end here.  It needs to be saved.

So what can we do?

Both Netflix and Hulu have saved shows from cancellation before, but in order for this to work, Fannibals need to act now and in great numbers.

Unfortunately, contacting NBC probably won’t help.  Once a show is announced as being cancelled as opposed to just not being picked up, the Network is pretty much done.  When Hannibal was threatened to not be renewed, contacting NBC en masse was a great idea.  But this is an entirely different beast.  It’s cancelled.  NBC is done. At this point it’s best to turn our attention to Netflix and Hulu.  Other networks may be interested too and I will update this post with information as it comes out.

So that’s that, Fannibals.  You have a mission.  #SaveHannibal.  #EatTheRude.

Previous:Dear Geekiary: Should I Stop Reading Marvel Comic Books Because of Secret Wars?
Next: FEELINGS Daily: Hannibal Has Been Cancelled and Someone is Going to Get Eaten For it