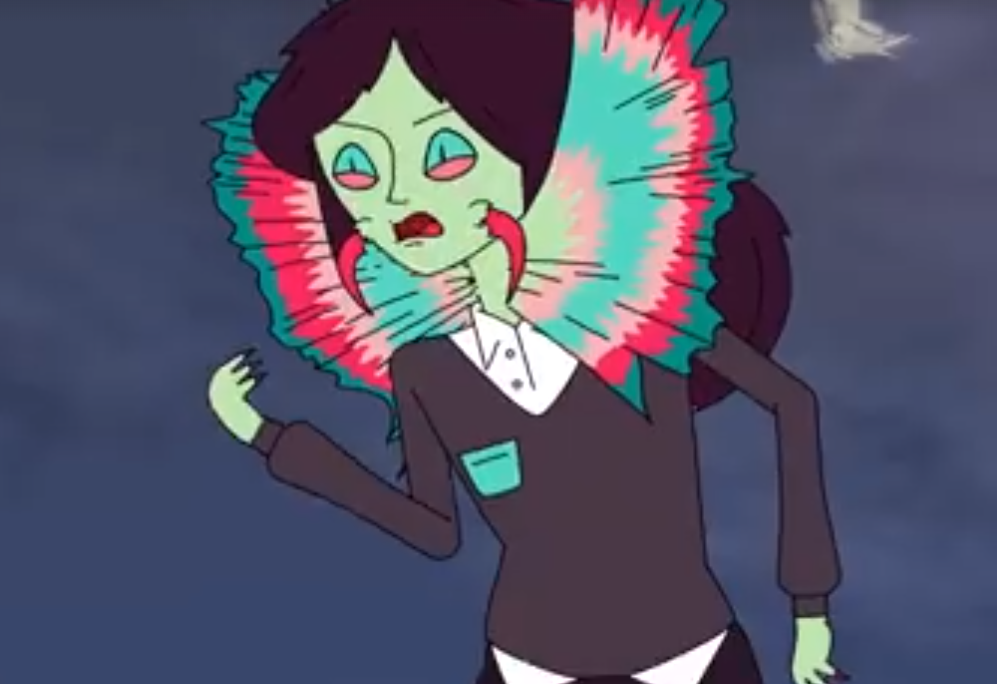 If you are looking for some new adult animated comedy series, Cartuna has got you covered. The digital media company is ready to premiere Human Kind Of and Liverspots and Astronots on Facebook Watch!

Human Kind Of and Liverspots and Astronots are short-form animated series with each having a 21-episode season. Three new episodes will be made available per week.

Created, written, and animated by women, Human Kind Of has been described as “an off-kilter comedy about a half-alien teenager struggling with the extraterrestrial world of high school.”

Make sure to visit the show’s Facebook Watch page. Also, check out the trailer!

Here’s the synopsis for Human Kind Of:

When Judy Reilly, a nerdy teenager, finds out her estranged father was an extraterrestrial, surviving a half-alien adolescence seems pretty hopeless. But with the help of a dangerously upbeat mother and a comic book obsessed best friend, Judy is able to uncover her powers, stand up to bullies, and inevitably discover what makes her both alien and human along the way. 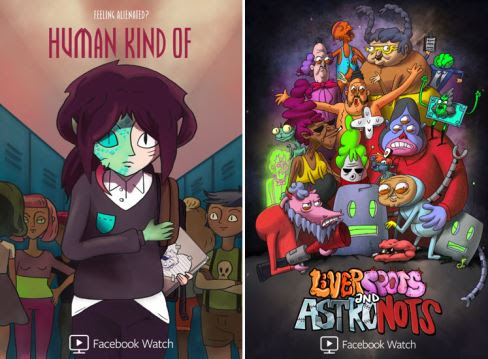 Coming to the second series, described as “a ten-year passion project in the making”, Liverspots and Astronots is “a buddy comedy about a nursing home in space, filled with funky old folks who discover they are integral to the survival of the universe. Creators Robert Bohn and Nate Milton took years of late-night ideas and bar napkin sketches and got to work self-producing the comedy they had envisioned since their days at New York’s School of Visual Arts.”

No one seems to know why Dusty Craters, a dilapidated nursing home, is floating through space carrying a colorful assortment of grumpy old folks under the care of an evil goat doctor. But then again nothing seems to make sense in a world where a talking two-dollar bill lives in a Cracker Jack box and a three-eyed ape just might be the center of the universe. Best friends Roosi and Big Man uncover these mysteries and more as they go on one epic adventure after another.

Furthermore, the creators, writers, animators and surprise guests from both series will be participating in a panel and Q&A at New York Comic-Con on October 4 from 5:30 pm-6 30 pm in Room 1A10 at the Javits Center.

Facebook Watch is offering some good content (including Sacred Lies) to viewers. It will be interesting to see how it continues to grow.

Feel free to share your thoughts about Human Kind Of and Liverspots and Astronots with us.

Previous:Boruto: Naruto Next Generations 1×73 Review: The Other Side of the Moon
Next: Check Out New Trailer And Preview Of “Acursian” Starring John Barrowman! Available Now on Webtoon!