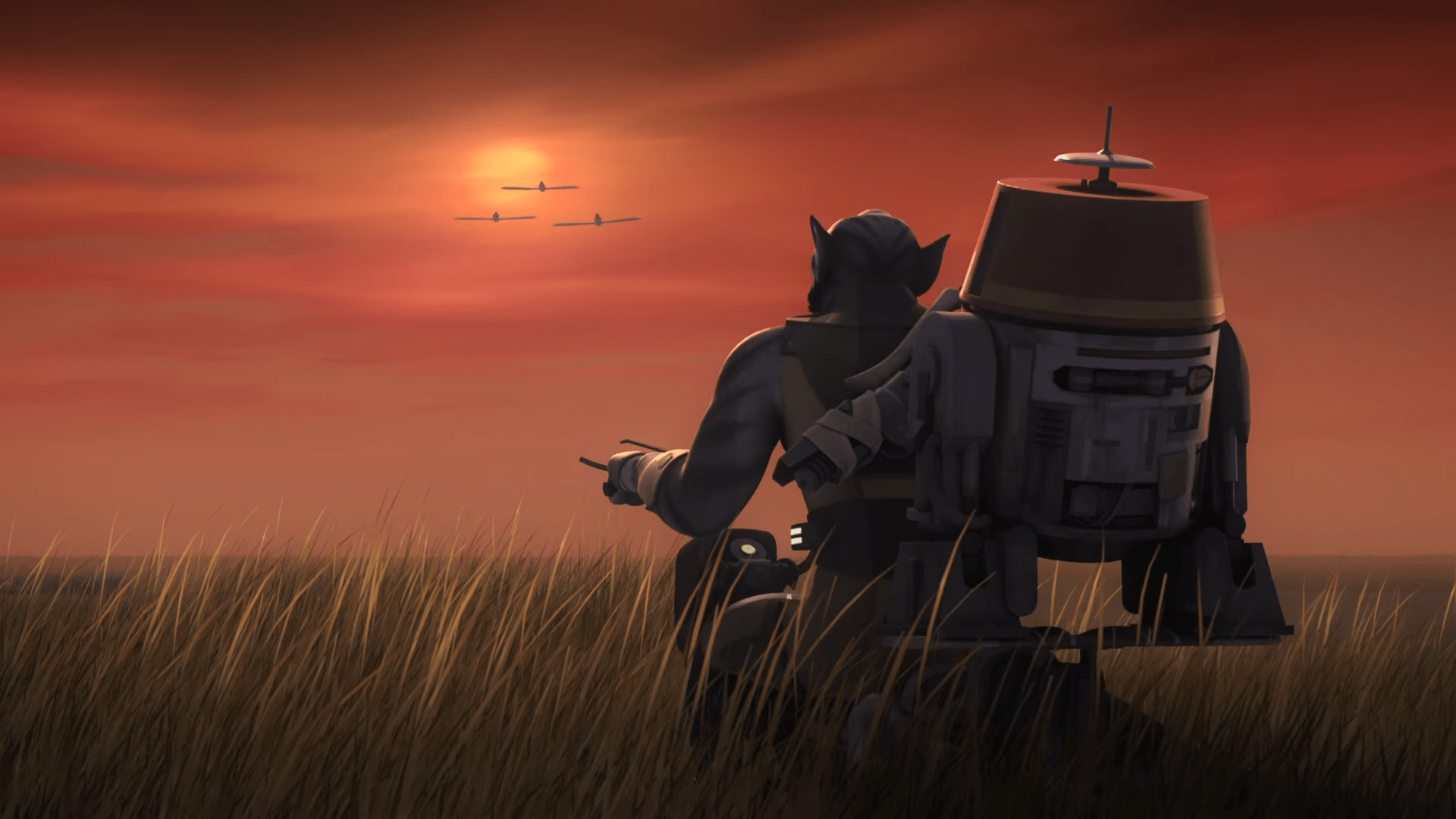 There have definitely been some moving episodes of Star Wars Rebels in the past, but none quite so heart-wrenching as this week’s “Jedi Night” and “Dume”.

“Jedi Night” was, more than anything, a rescue-mission episode, but from the very beginning it felt different than all the Rebels rescue mission episodes that have come before. There was a sense of impending doom, though at times it was almost lighthearted, which definitely led me into a false sense of security.

I mean sure, “Jedi Night” began with Kanan admitting that he couldn’t think clearly because of the way he felt about Hera, and so giving Ezra command of the rescue mission (Hera having been captured in the midseason finale, of course). Later, once they had reached the Imperial base, Kanan’s parting words to Ezra – “You’re a good listener…it has served you here, and it will serve you again, in the future” – were more than a little bit enigmatic. Additionally, Thrawn’s obsession with Hera’s Kalikori and his mention of her dead brother seemed very pointed. 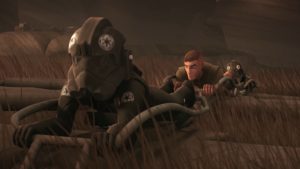 And yet when Kanan was cutting off his hair and shaving his beard (apparently readying himself for his final battle), this was part of a montage showing Sabine, Zeb, and Ezra building the gliders they would use to sneak into the base, and the music was, well, kind of triumphant. (And to be honest I really really liked it!) Not to mention that when Kanan found Hera, there was quite a bit of banter between the two of them, even after he had to fight Rukh (losing his lightsaber in the process) and they were forced to escape on one of the gliders instead of waiting for Ezra and Sabine to pick them up.

I mean let’s face it – for three and a half seasons these beloved characters have been close to death more times than I care to count, and yet they’ve always scraped by before. Yes, I know it’s the last half of the final season, but I’m still not sure there’s anything that could have prepared me for what happened at the end of “Jedi Night”. After all, even though Kanan and Hera’s glider was shot and they crashed it at the Imperial fuel depot, Sabine and Ezra had control of an Imperial transport…which of course meant they knew where to find their friends.

Except apparently, Governor Pryce is even more of an idiot than I originally thought, because she ordered her troopers to blow up the fuel pod that Kanan and Hera were standing on. One of the troopers even questioned this decision, because you know, that was all of their fuel – but Pryce insisted, so they did as they were told. 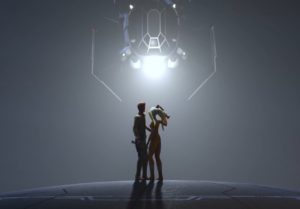 And yeah, I suppose I should have figured out what was going to happen. After all, mere moments before the explosion, Hera and Kanan FINALLY expressed their love for each other, and kissed, and that was just too good to be true. So Kanan made the heroic sacrifice of staying behind to hold back the fire long enough for Hera and the others to escape, and meanwhile, I was sobbing like a baby, because the moment he moved toward that fire, I knew he wouldn’t be coming back. Yes, it’s really lame that they killed Kanan right after he and Hera had their big moment, but the fact that it was lame didn’t stop me from being really freaking sad.

That wasn’t the end of the sadness, either, because in the next episode, “Dume”, Hera, Ezra, and Sabine returned to their lair and of course had to break the news of Kanan’s death to everyone else, particularly Zeb and Chopper. I thought I might be able to hold it together at first, until Chopper followed Hera away from the others and took hold of her hand. Dangit, Star Wars Rebels! Chopper is a hardcore war veteran with a sassy attitude, he’s not supposed to do things that make me cry!

(Not to mention the fact that Chopper also either suggested or helped Hera come to the conclusion that she should add something to her Kalikori that represents Kanan. Things like this are why that dang droid is one of my two favorite characters from this series…the other being Hera herself, of course.)

While Chopper was consoling Hera, Sabine and Zeb went off on their own in hopes of ruining the parade that was being staged to essentially celebrate Kanan’s death, but they got more than they bargained for. As fun as it might have been to see Sabine ruin that parade, thankfully what they ended up with was so much better. First, they ran into Rukh, fought him, and captured him…and while part of me wishes Zeb had kept beating Rukh up, I suppose it’s for the best that Sabine stopped him, and that they’re still the good guys we’ve come to know and love. (Good guys who sent Rukh back to the Empire covered in graffiti and apparently with some sort of homing beacon attached, that is.) On top of that, they also discovered that the Imperial factories were no longer running, thanks to that big ol’ fuel pod explosion. 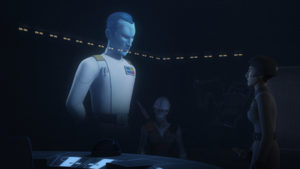 Now, I get that we are probably supposed to feel a bit better about Kanan’s death, knowing that even though he’s gone they at least completed their mission – Pryce making her own men blow up the fuel pod in a desperate attempt to kill the rebels destroyed the factory’s entire fuel supply, and that means they can’t make any more TIE Defenders. And yes, it’s great that they completed the mission…but I think things are still too fresh for me to believe that them doing so was worth losing Kanan. (I’m aware that I’m harping on this quite a bit; I’m fairly certain that Dave Filoni even mentioned at one point that not all of our heroes would make it to the end of the series. I just didn’t expect such a major loss to happen so soon.) 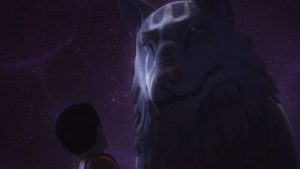 As difficult as the end of “Jedi Night” was, I actually enjoyed a lot of “Dume” – but one thing I’m still torn about is Ezra’s encounter with the loth-wolves. It seemed like they were sort of ‘attacking’ him to herd him off into the middle of nowhere, to the place where he could meet a *much* bigger loth-wolf who apparently shares Kanan’s ‘real’ name, Dume. Anyway, the wolf told Ezra to fight ‘together’, gave him a stone from the Jedi temple on Lothal, and told him that there was knowledge and destruction in the temple. The wolf then spoke of redeeming something (I guess I need to watch this show with closed captioning)…but then Ezra woke up. So I guess the whole thing was some sort of dream, but maybe not? Because Ezra was, after all, still in the middle of nowhere and the stone was still on the ground beside him.

So no, I wasn’t a big fan of that loth-wolf stuff in “Dume”, but at least it led to Ezra realizing that their next mission is to take back the Jedi temple, I guess?

It’s honestly difficult me for me to figure out where things might go from here. Losing Kanan is such a big deal for the group as a whole, and I can’t imagine that the events of one episode fixed all (or even most) of the fallback his death will cause. One thing is for sure, though – I’ll miss his character and everything he brought to the show. 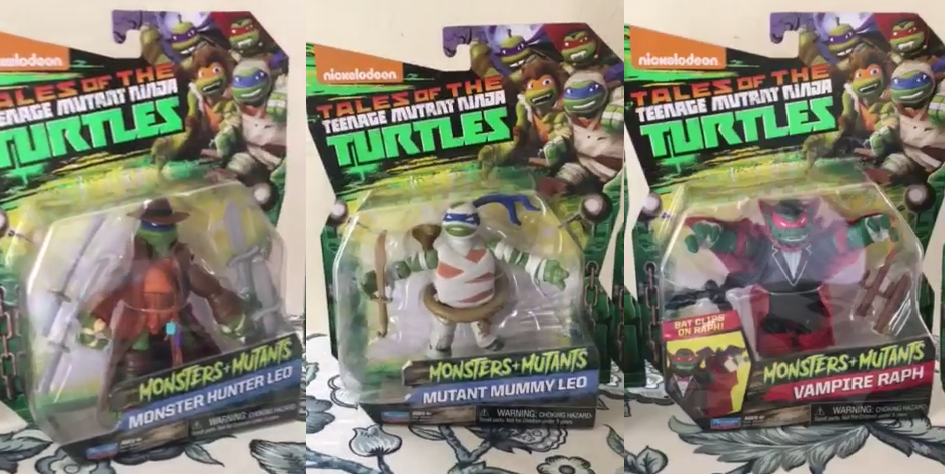 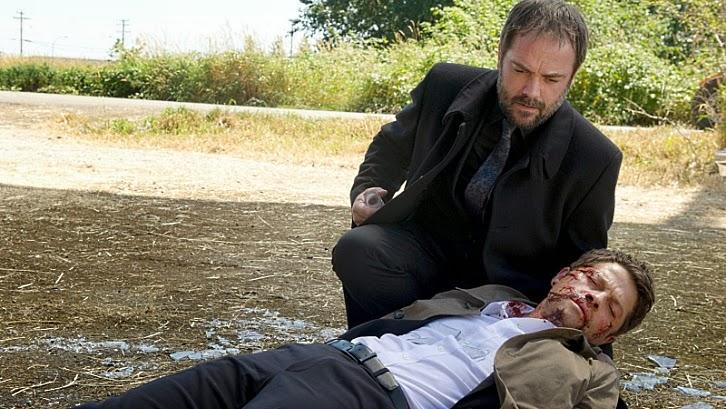