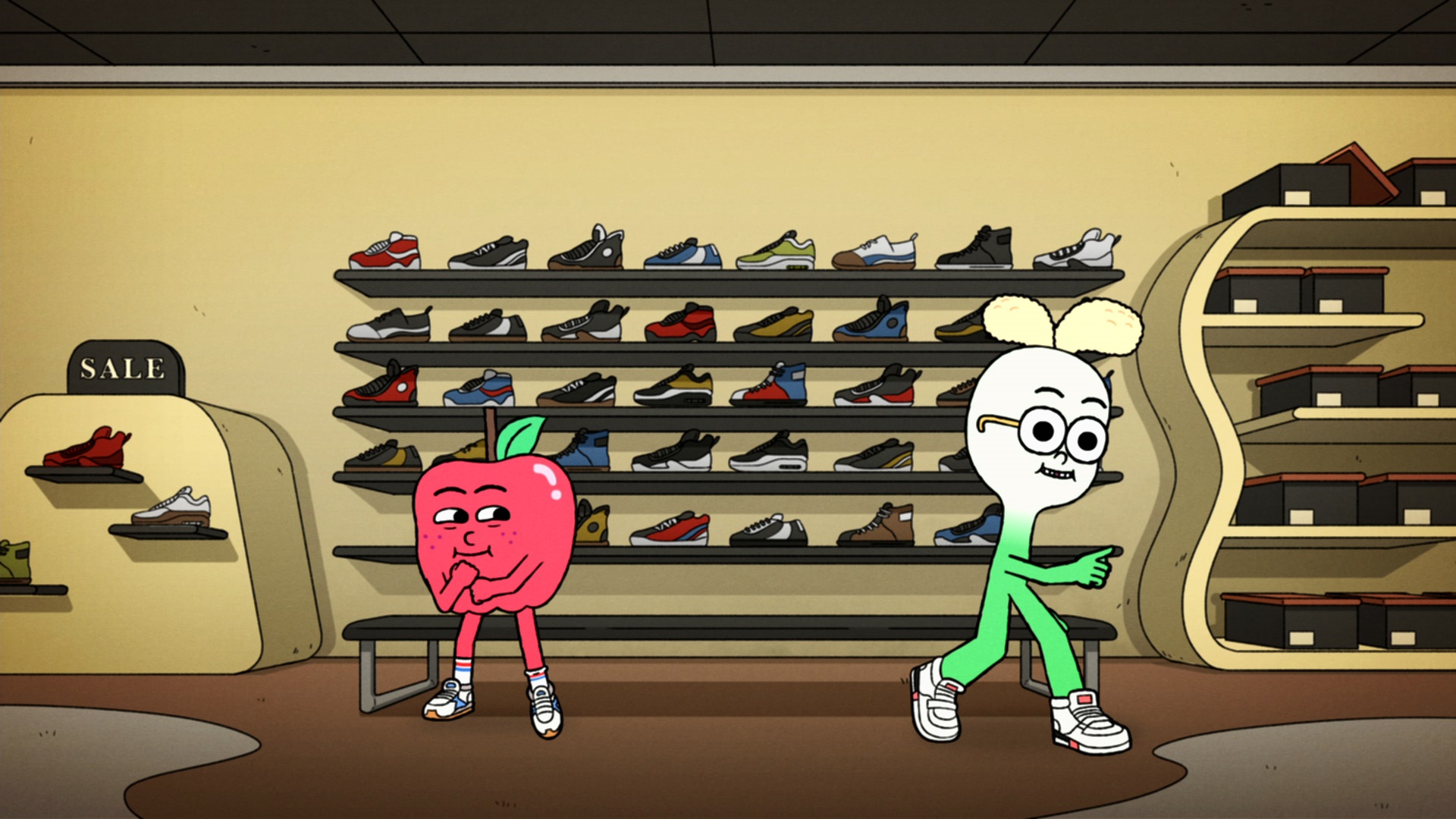 Apple and Onion strike out separately to forge “A New Life” in the big city. Soon they form “The Perfect Team” of friendship which serves as the basis of Cartoon Network’s latest special limited series.

“A New Life” is a traditional premiere episode, introducing us to main characters Apple and Onion. The eponymous duo are complementary cuisine in so many ways. Apple is outgoing and easy with strangers, Onion is awkward with social situations. Onion is “blind without his spectacles” and Apple has excellent eyesight. Their personal theme songs for the first episode layer over top of each other and form one coherent ditty that sparks their friendship. They quickly realize they are “The Perfect Team,” and it’s together they find solutions to the problems that have plagued them since they each started their new path in the city. 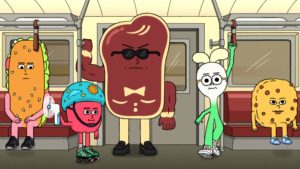 The world of Apple & Onion is a character in and of itself, and “A New Life” takes care to introduce it as well as the main characters. We learn that any kind of edible– unprocessed or prepared or packaged– can be a citizen of the foodiverse. They do eat “normal” food, and there are cognizant copies of said food (Ice Cream is both a shoe salesperson and the treat around which “A New Life” is centered). Everyone wears shoes, but otherwise clothing seems to be optional or accessorizable– Onion needs his glasses to see and sports teams wear jerseys, to name examples. The whole universe of Apple & Onion reminds me of Zootopia, but the food-genre gives it a scrumptiously unique spin. Plus, it’s like a real-life version of Steven Universe’s favorite in-show television program, Crying Breakfast Friends. Neato burrito!

The second episode “The Perfect Team” zooms in on Apple and Onion’s relationship. An indeterminate amount of time has past, and the best food friends are now used to city living. They spend their time playing Hedgehog (the foodiverse’s equivalent of Frogger) and singing silly duets together. Until a stray cat scratches at the window and bonds with Apple, and he starts ignoring Onion in favor of his new pet. 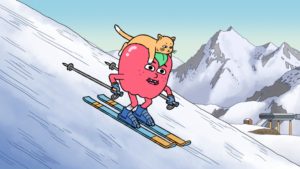 Onion doesn’t tell Apple directly that he’s bothered by Apple’s lack-of-attention, and Apple carelessly loses track of time playing with his new best friend (apparently the A in Apple stands for ADHD). It might make for hilarious cartoon montages, but the feeling of your friends “moving on” to greener pastures is one most people are all too familiar with. Of course, the day is saved with communication (and complementary video game skills) when Onion finally admits to feeling left out. Both friends apologize and better still, they find the cat’s original owner, an Lollipop babushka who lives in their building.

Eleven minutes is not a lot of time, and feels shorter still when part of a limited series. Apple & Onion is aware of these restraints, and packs a lot of punch in every frame. Although “The Perfect Team” is more closely focused on the main characters than the world, there are still tidbits to be found. The posters on the walls of the city are “EATERZ” (a horror movie?), “Deep Phat Fryday” (a band?), and “Pizza’s Diner (24 hour fresh).” A Cookie holds a pole with another hand on the end of it to reach the steering wheel while driving. A Root Beer Float parent holds the hand of a school-sized carton of Milk. These details will give Apple & Onion a lot of rewatch value, which is ideal for a short series.

It might be strange to talk about representation when Apple & Onion is literally a show about Foodsonas, but it’s also strange to type out the phrase “Onion’s mom is coded East Asian,” so here we are. One aspect of Apple & Onion I greatly appreciate is that the show is decidedly food-neutral. While gags exist like Whey Protein being a beefy athletic dude, there is so far no moralizing or thinly veiled fatphobia. “Healthy” food aren’t inherently superior to other kinds, they’re all just people. I have my fingers crossed that this continues throughout the rest of Apple & Onion’s short run, and given the heart and messages of “A New Life” and “The Perfect Team,” my hopes are high. 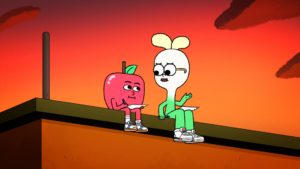 Apple & Onion is perfectly self-aware of its own silliness, but it’s also refreshingly real. In terms of depth and density of plot and character, it might not be the next Over the Garden Wall, but make sure to catch the limited run in back-to-back installments every Friday at 7 PM (ET/PT) on Cartoon Network February 23 through March 23. 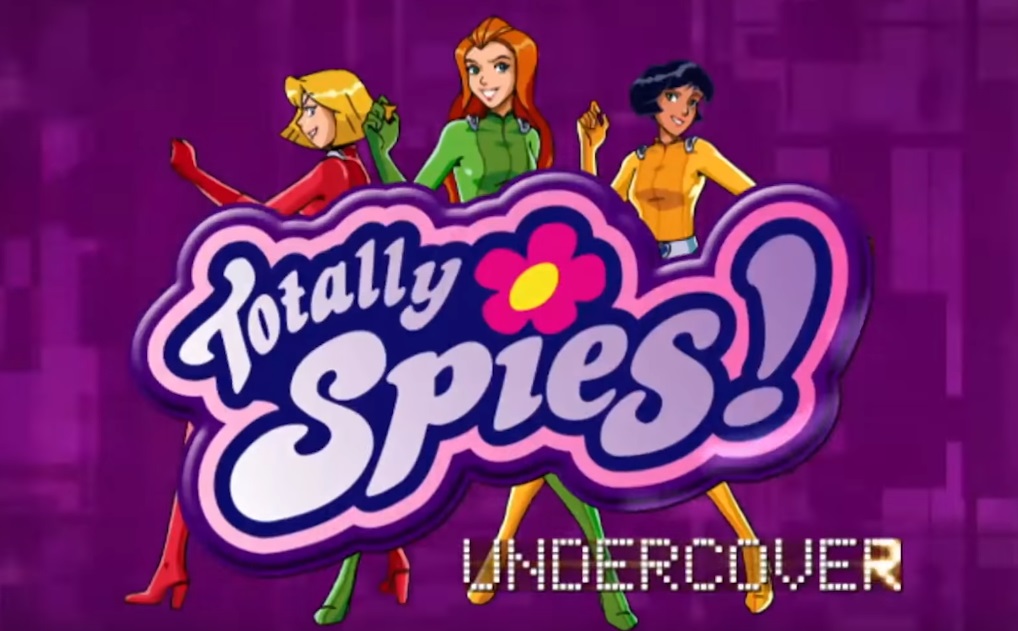 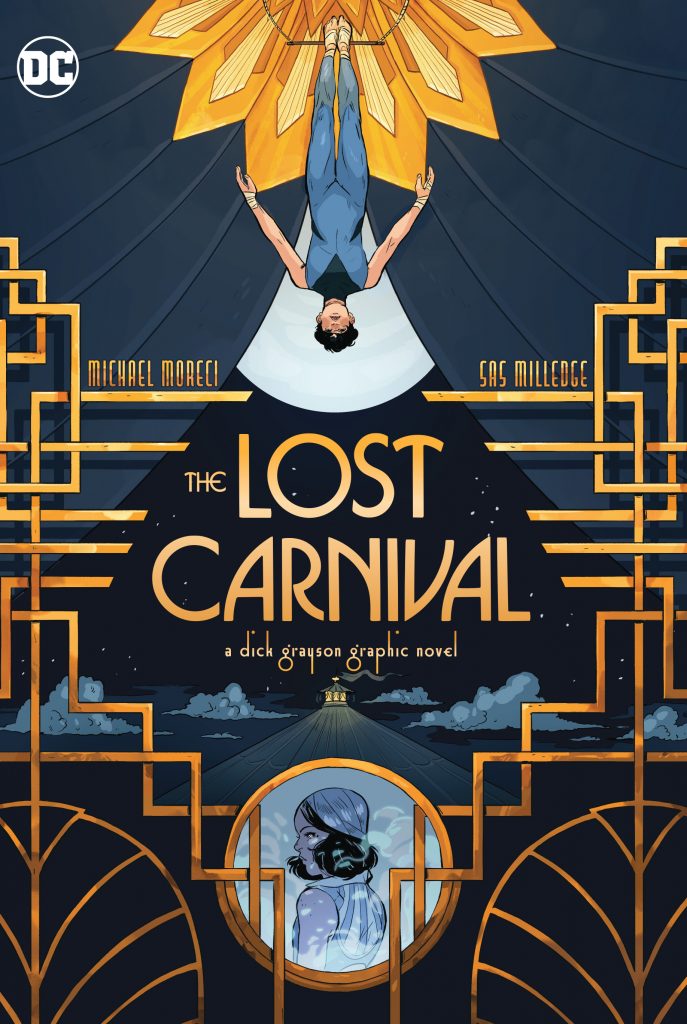 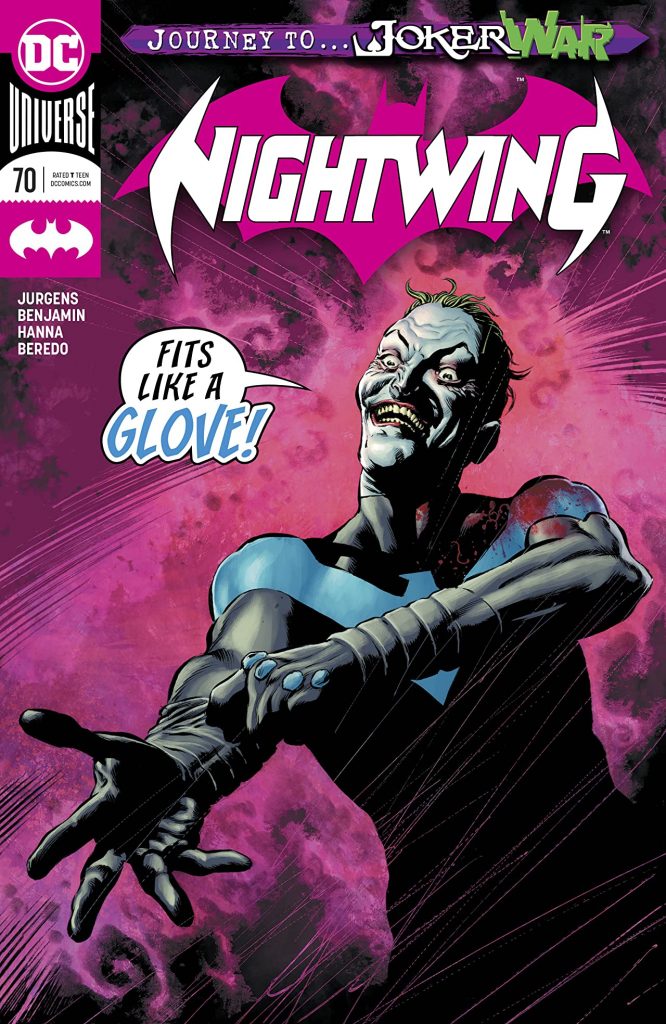