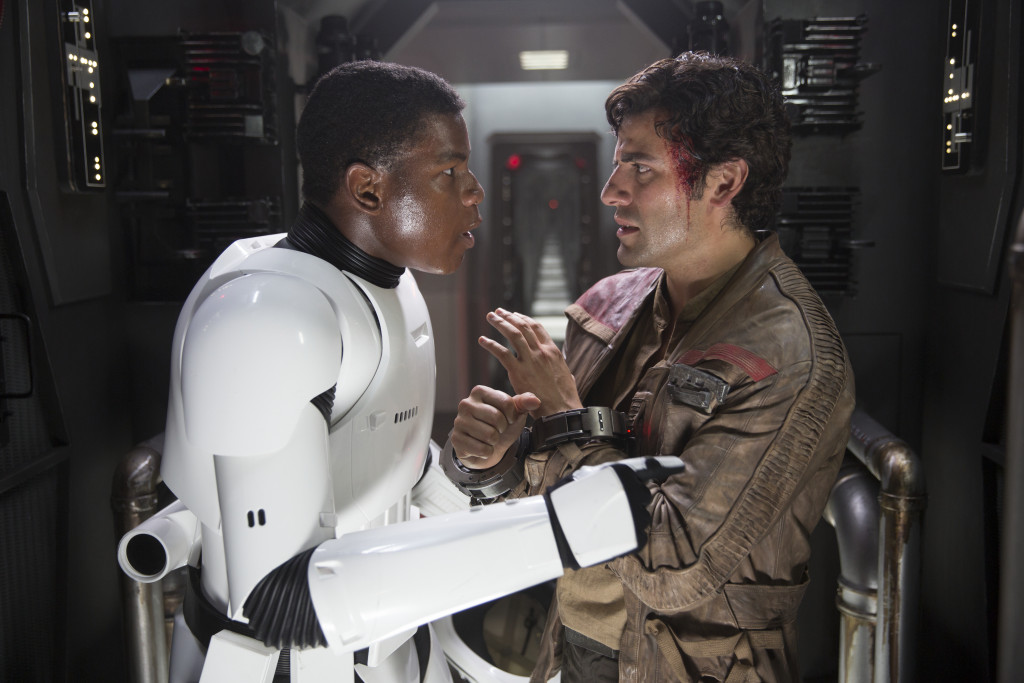 In amazing geek casting news, it was announced today that The Force Awakens‘ John Boyega will play the lead in Pacific Rim 2.

Initially reported by The Hollywood Reporter, Boyega will star in and play a producer role in the film, and he will also play the son of Idris Elba’s character from the first Pacific Rim film. No other details of the plot has been confirmed, but it is safe to say that the second film will be a true sequel in that it will be a continuation of the events from the first film.

Not only is this news amazing for Boyega and his fans, but it is a great addition to the other people producing this film to make it extremely promising. Not only will it be produced by creator Guillermo del Toro, but Daredevil‘s season one showrunner, Steven S. DeKnight has signed on to direct the film. Basically, this is going to be an amazing film.

Although Boyega is a relative newcomer to the scene, fans and critics alike loved his portryal of Finn in Star Wars: The Force Awakens. It is clear by his addition to the cast and showrunning that Boyega is committed to the genre, which is wonderful for diversity. Boyega has a screen presence that can’t be taught, and I am excited to see him flex his leading man muscles in Pacific Rim 2.

According to Deadline, del Toro is excited to have Boyega attached to the project:

“I am very proud and happy to welcome John into a fantastic sandbox. The Pacific Rim universe will be reinforced with him as a leading man as it continues to be a multicultural, multi-layered world. “‘The World saving the world’ was our goal and I couldn’t think of a better man for the job.”

No date has been released for when production will begin, but since Boyega will be starring in Woyzeck in London’s West End next year, we can expect production to start any time.

Are you excited for this casting news? Let us know in the comments!