Gotham 3×19 Review: All Will Be Judged 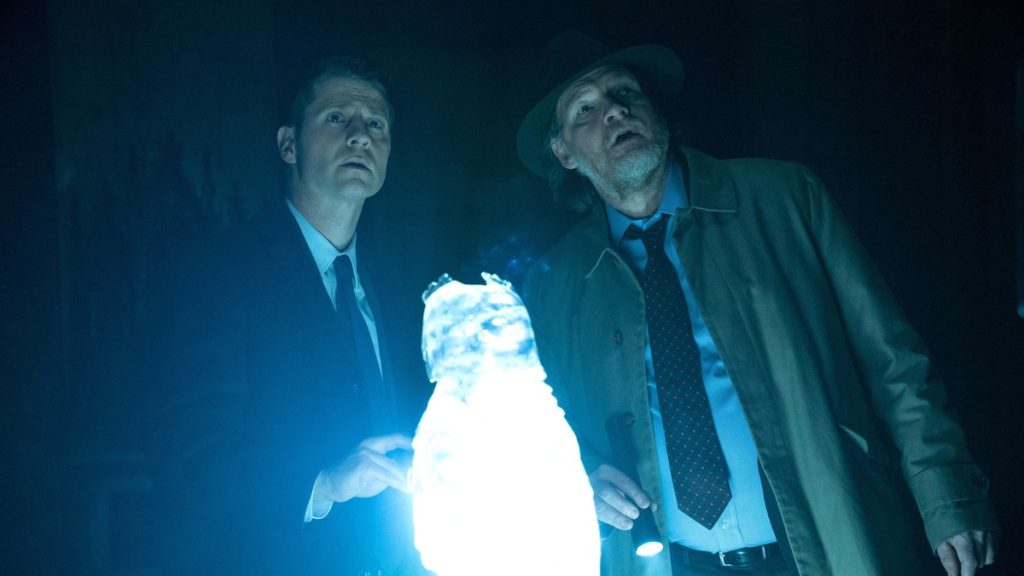 This week’s episode of Gotham, titled “All Will Be Judged,” had Kathryn face judgment and proved that the show doesn’t know what to do with Lee anymore.

This episode’s best scenes were again the Nygmobblepot ones, which I’ll get to in a second. “All Will Be Judged” dealt with Gordon trying to find the court’s bomb. Captain Barnes AKA The Executioner was also introduced in a new costume, complete with an ax for a hand.

The whole thing felt stupid because again, we know that nothing is going to happen to Jim Gordon. The writers need to make Jim interesting or come up with another way for viewers to care about him. They should make the bad guys go after someone who the viewers think might actually die.

I still have no idea why Alfred wasn’t able to guess that he had been living with Bruce’s clone for weeks. I get that Baby Bruce isn’t a normal teenager but one would think that Alfred would be able to detect something off. Anyway, it was Kitty Selina who came back to kill the clone only to be knocked out in the process.

If we hadn’t already seen Alfred slapping Selina back in season two, watching him headbutting Bruce’s clone would’ve felt weird. But I guess the writers have made peace with the fact that Alfred doesn’t hold back even if he has to hit kids.

Baby Bruce’s training with the Shaman was interesting. He sealed away his pain and in turn ended up becoming similar to the Talons, the Court of Owls ruthless killers. It was also revealed that the Shaman is angry at the Court about the Waynes being killed. It seems that the Shaman will be wiping the current members of the Court and is using Baby Bruce to help rebuild Gotham. Let’s see if Alfred and Selina will be able to snap little Wayne out of it.

Lee hasn’t been given much to do this season. It is obvious that she’s just there as an accessory for Jim’s man pain. The writers could’ve turned her into an actual character. But instead, she ended up being vengeful towards Jim and not having a storyline of her own. I don’t know what will happen now that she has infected herself with Alice’s blood.

Coming to Nygmobblepot, there is still bad blood between Ed and Oswald. Even though the pairing is problematic it is still one of the best things to come out Gotham. It is obvious that the writers know and instead of making the queer-adjacent ship disappear, they seem to be going full-throttle.

Riddler and Penguin had to work together to escape from the Court of Owls. While those two still want to kill each other, it is clear that they also need one another. I loved the scene where Ed smacked Oswald’s forehead because he wanted to make sure that Penguin wasn’t a hallucination.

There’s only one more episode left until the 2-part finale!

What did you think of “All Will Be Judged”? What is going to happen to Lee? Let us know.