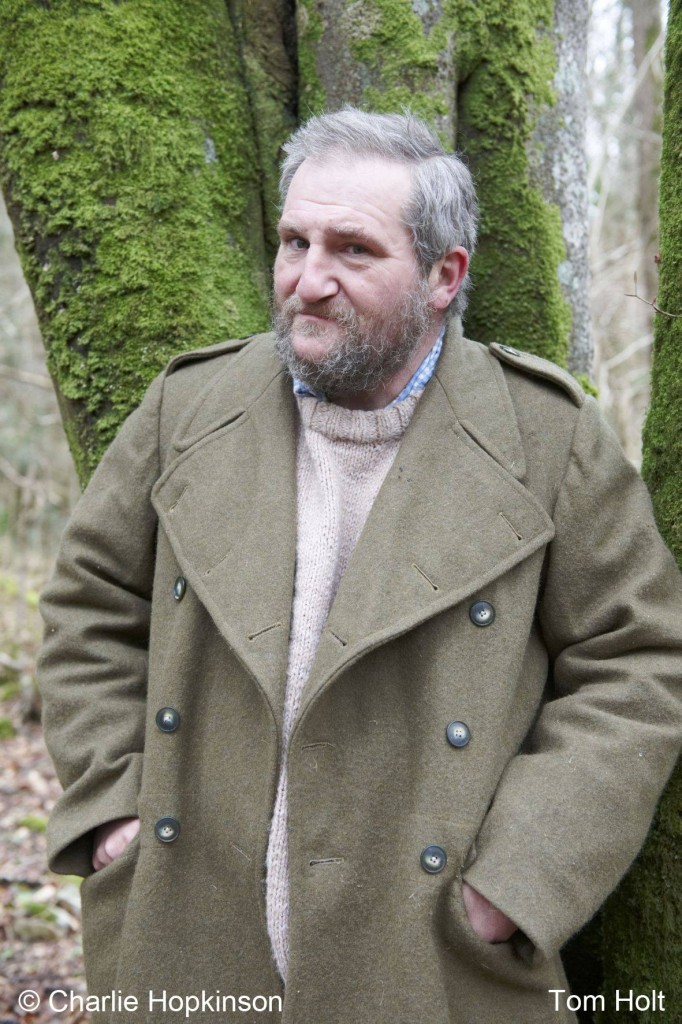 It had long been known that Parker was a pen name for a successful writer who wanted to write in a different vein, though who that writer was had been kept a careful secret for seventeen years. For a number of years there have been rumors that Holt is that writer, based mostly on stylistic similarities between Holt’s more serious historical fiction novels, written under the byline Thomas Holt, and Parker’s novels.

But there were also many competing theories and arguments about why it couldn’t be him. Central to much of the discussion was the unanswered question (until now) of Parker’s gender. The fact that no one knew led to many flippant has-to-be-male or has-to-be-female responses but also many good, detailed looks into how we judge works based the author’s gender and our own assumptions.

So why did he choose to write under a pseudonym, and why did he keep it a secret for so long? He has indicated that his standing as a comedic writer seemed to unduly influence the way people read and reviewed his historical fiction novels and was afraid that these more serious fantasy novels would suffer the same fate. 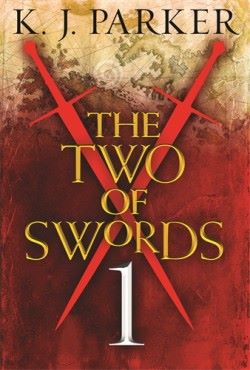 Along with the revelation of his identity, K. J. Parker announced a new fantasy serial he is releasing, The Two of Swords. So how does it stack up, in the context of the serials we’ve been reviewing here at The Geekiary?

Episode one begins with a brief scene of battle. On either side of the battle are two brothers, brilliant commanders now pitted against each other. The scene includes a clever, Machiavellian ruse, but really its purpose within the episode is mere prologue, giving us a rather grim view of the war taking place.

The rest of the episode centers on a farm boy, Teucer, who is summoned, along with the other young men of his village, to fill the ranks of archers in the army. There is a picaresque quality to their misadventures on the way to where they’re supposed to go.

At one point after joining up with scores of other villagers from the surrounding area and setting off on the multi-day march to where the army is, they discover that there’s no commanding officer in charge of the whole mass of wandering peasants. They’ve just been following each other’s lead, and they suspect they may have already taken a wrong turn the day before, leading them far from their destination. It could be funny, except Parker plays it straight, so that it’s a gallows sort of humor, a look at the grim and absurd nature of war.

Even that humor leaks away for Teucer as their circumstances become worse, and he is left with only a single companion from his village, Musen, with whom he’s never gotten along. The bulk of the episode is taken with this pair’s wandering, as they flee the war and try to get back home. Musen’s behavior is increasingly erratic, from Teucer’s point of view. The revelation in the final segment of the episode answers some of the questions we have about what’s going on with Musen, and propels the story forward—and us into wondering what’s so special about Teucer, as his journeys have clearly only just begun.

This is a well-crafted opening to a story. There’s the humor, of a bleak sort, and there’s excitement and mystery. The fantasy world it evokes is presented in a matter-of-fact way: bleak but not reveling in its bleakness. There is very little here that stands out as being fantastic, apart from the fact that these countries and peoples are imaginary. The only glimmer of something beyond the ordinary, is that a few times Teucer hears a strange voice in his head, and by listening to what it tells him to do instead of his own instincts, he manages to get through where he might have otherwise failed.

This is not a complaint. Its minimal magic is very much in keeping with other works of so-called low fantasy. In terms of tone, then, it feels most reminiscent of Glen Cook or David Gemmel. It is certainly grim, with a dark humor underneath, though it doesn’t quite have the same feel as today’s self-identified grimdark writers. But its military fantasy milieu will certainly appeal to that segment of today’s fantasy readers.

A possible complaint for this first episode is that it feels like it could just as easily be the opening chapter of a novel. Its arc and telling fit that model rather than taking any significant advantage of serialization. The fact it’s being released as a serial feels more like a marketing decision than a narrative one, though it is possible that feeling will change as the series progresses.

More significantly, this is a very male-dominated beginning. The few females mentioned are very peripheral—mothers and girlfriends and people glimpsed in the background. There are reasons within the story why that might make sense, but it still stands out. As the episode wraps up, it widens the cultural lens to other people beyond Teucer’s provincial village. When the story moves across the sea in the subsequent episodes, it’s hoped that the gender balance will improve as well.

Despite those complaints, this is a strong opening to Parker’s story. The question of what the voice in Teucer’s head is and what it means for his future is a strong hook, and the promise of a world opening up to him and to us readers will likely bring many readers to keep reading as the story unfolds.

Episodes 1-3 were all released at once last week. The subsequent episodes, which will bring the total to eight, are scheduled to come out once a month.

From the publisher: “Why are we fighting this war? Because evil must be resisted, and sooner or later there comes a time when men of principle have to make a stand. Because war is good for business and it’s better to die on our feet than live on our knees. Because they started it. But at this stage in the proceedings,” he added, with a slightly lop-sided grin, “mostly from force of habit.”

A soldier with a gift for archery. A woman who kills without care. Two brothers, both unbeatable generals, now fighting for opposing armies. No one in the vast and once glorious United Empire remains untouched by the rift between East and West, and the war has been fought for as long as anyone can remember. Some still survive who know how it was started, but no one knows how it will end.

This serial novel from the World Fantasy Award winning K. J. Parker is the story of a war on a grand scale, told through the eyes of its soldiers, politicians, victims and heroes. The first three parts of The Two of Swords will arrive in April 2015, with further installments to be released monthly.

Previous:Game of Thrones Season 5 Changes and Developments: Cringe- or Praise-worthy?
Next: Marvel’s Agents of SHIELD 2×18 Review: The Frenemy of My Enemy